A great bellowing on Ailsa Craig. 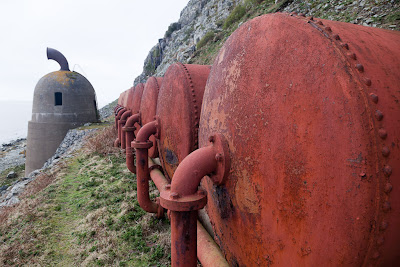 We heard the bellowing long before we came to the south foghorn on Ailsa Craig. 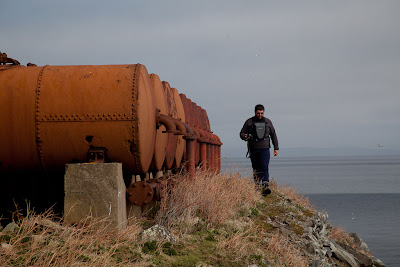 It obviously wasn't coming from the foghorn as it has been silent since 1966. We passed a row of nine massive but rusting compressed air tanks that provided the "oomph" for the horn. They were supplied by a 2.5" inch pipe that ran 700m from the compressor in the gasworks round to the south of the island. 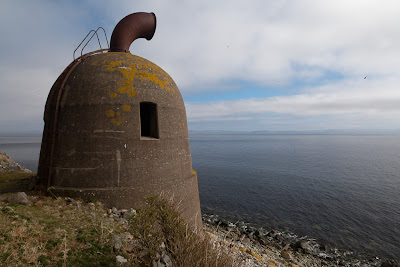 The air horn emerged from the top of a massive Victorian concrete tower. This and a similar horn at the north end of the island were completed in 1886. The gas engine for the air compressor was replaced by a diesel engine in 1911 and this ran until the horns were decommissioned in 1966. As a boy in Ayr, I remember hearing the foghorns at a distance of 38km! On our visit, the bellowing noise seemed to be coming from below the foghorn. 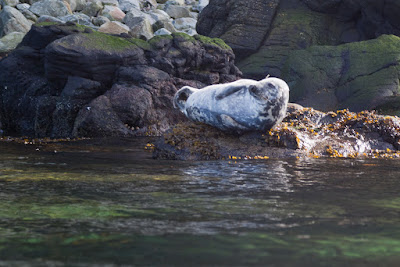 We spotted the source of the noise. It was grey seal bulls, in the sea and on the rocks below. 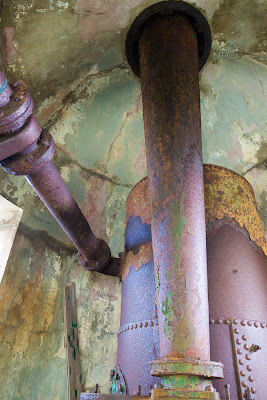 Inside the tower there is a remarkable arrangement of pipes, air tanks and the horn itself. 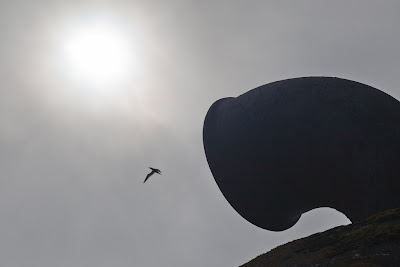 The foghorn is on one of the flight paths from the nearby gannet colony. As the gannets launched off the cliff behind, it looked like they were emerging from the horn itself! 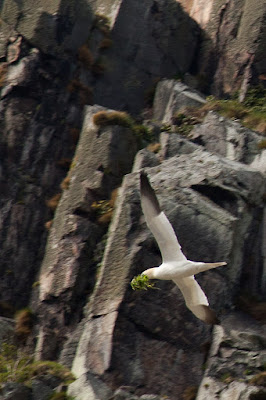 The gannets were busy gathering nesting material for their nests which are... 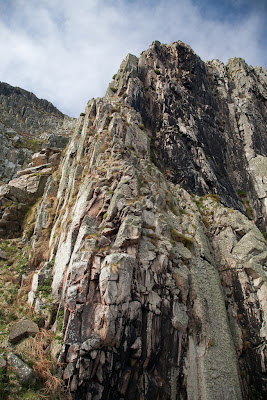 ...situated hundreds of feet up on rocky ledges on the cliffs of the south and west faces of the Craig.
Posted by Douglas Wilcox at 7:00 am 2 comments: