The east coast of Scarba 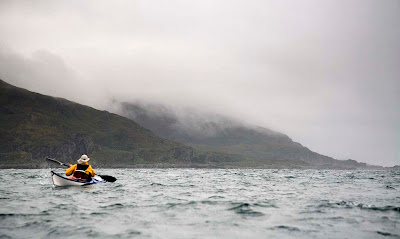 After camping overnight on Scarba we were attacked by billions of midges. Although they feasted on what was left by the ticks, we had no breakfast, went hungry and hurriedly packed. We launched without delay and made our way west into the Corryvreckan again. We paddled as far as we could into the east going ebb tide. It was a good warm up and the wind blew the midges away!

We then retreated and made our way up the Sound of Luing along the east coast of Scarba. 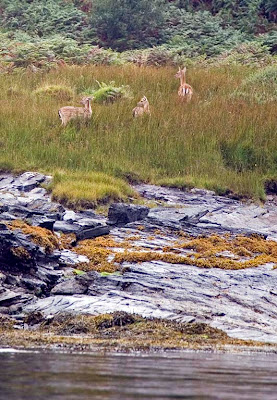 Scarba has a lot of red deer and initially I thought these were red deer fawns because of their white patches (though I did think they were quite large fawns!) I am indebted to Lucy who correctly identified them as fallow deer. There is a small herd of fallow deer on Scarba and also on Mull and Islay. Fallow deer were present in Scotland before the last ice age but became extinct during it. They were probably reintroduced by the Normans. The herds on these Scottish islands will have been introduced by owners of deer estates. 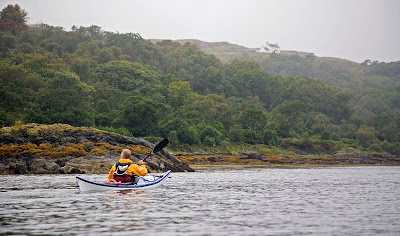 The east coast has beautiful mixed deciduous woodlands which make their way right down to the rocky shore. It is quite a contrast to the exposed west coast. High above the shore and the trees stands lonely Kilmory Lodge, a shooting lodge. Watch out Bambi! 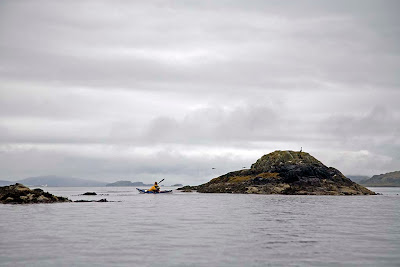 We eddy hopped up the Sound of Luing against the south going ebb tide. In the distance we could see Fladda lighthouse. 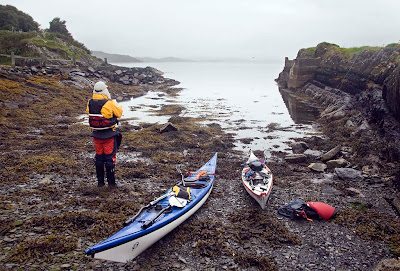 The Scarba pier provides a good place to stop. We went right to the end of the pier to escape the midges and enjoyed a bacon roll. 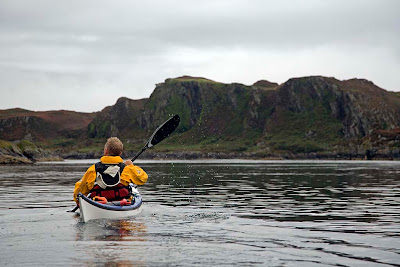 We could not resist paddling right through to the west of the Grey Dogs tide race then running back east with the tide again. It was much calmer than the previous day.