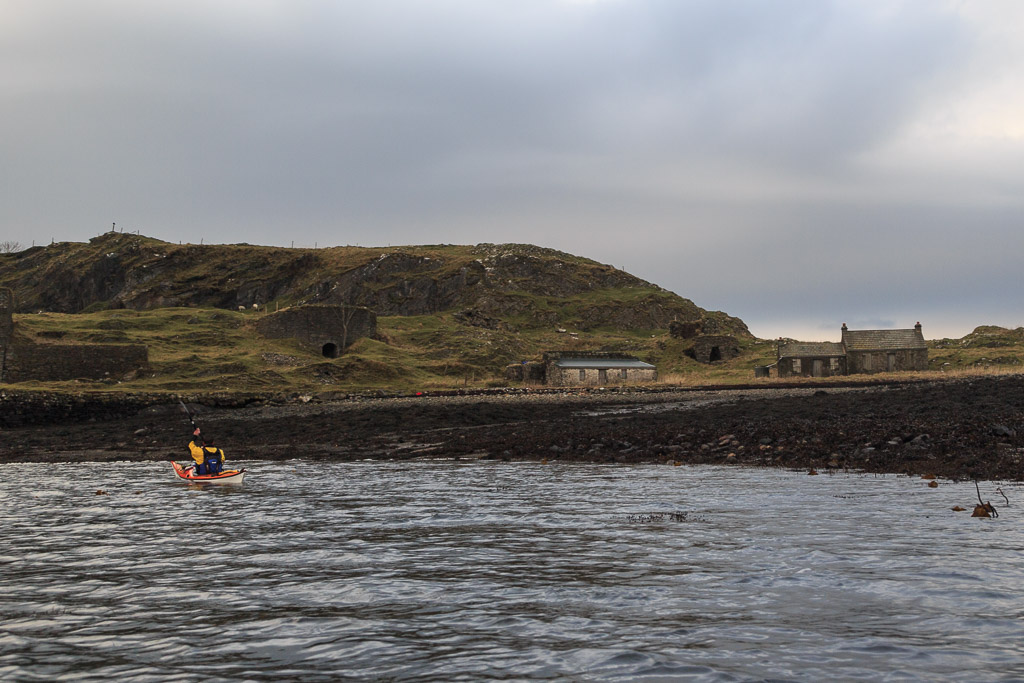 We paddled down the east coast of  Eilean nan Caorach (Sheep Island) and arrived at a beach backed by a cottage, a store house, an... 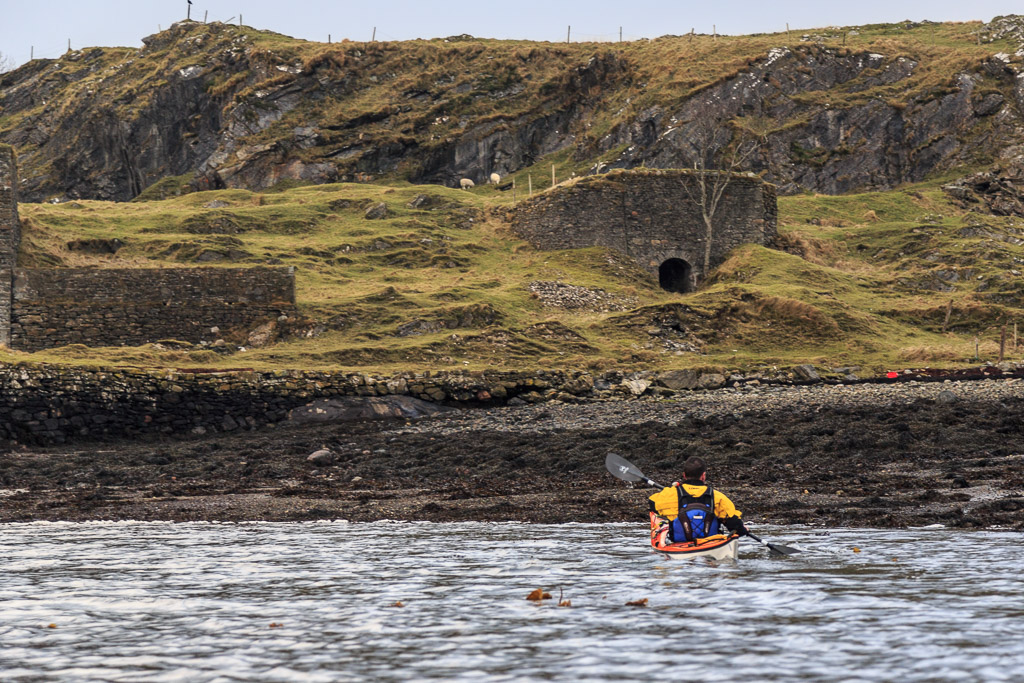 ...old pier and three lime kilns. Limestone from the hillside behind the kilns has been quarried away.  The industry lasted for over a hundred years from about 1800. 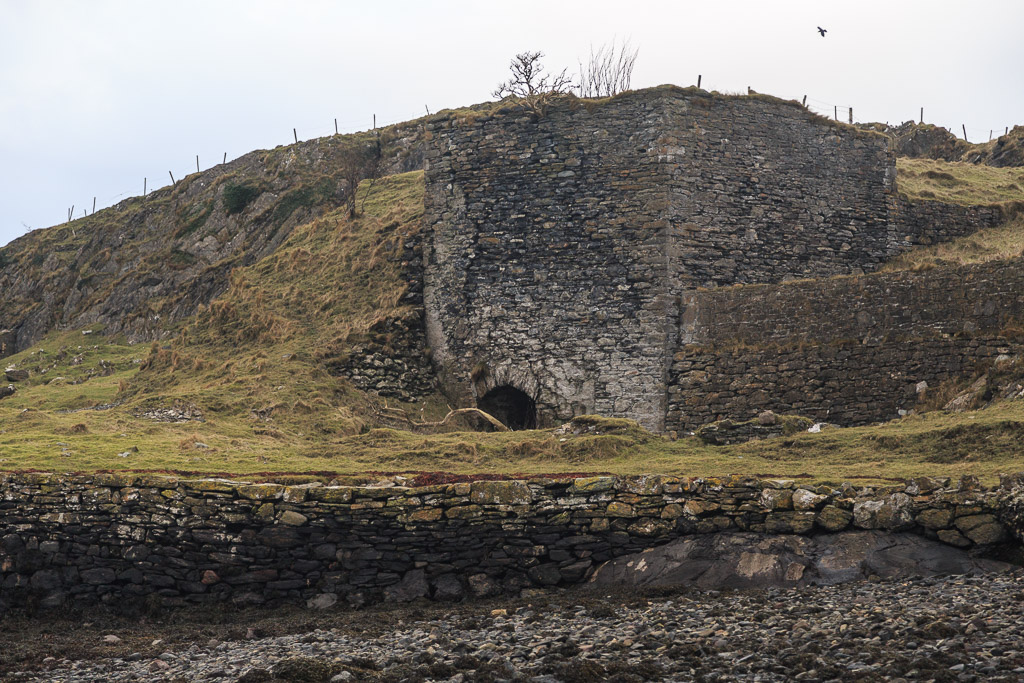 The islands in this part of the Firth of Lorn are rich in Dalriadan limestone and this was roasted in the kilns to produce quicklime which was stored... 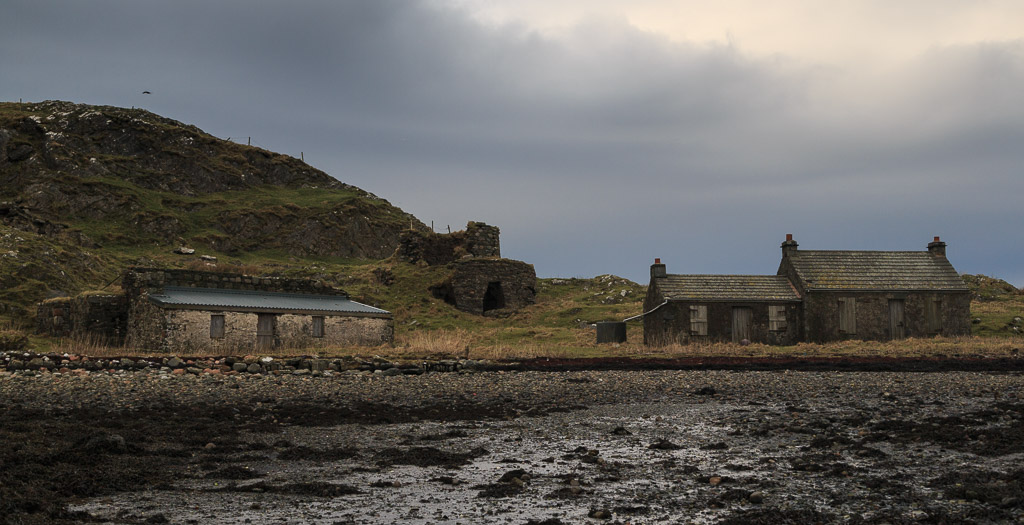 ...in the roofed building on the left of this photo, before being taken away in boats. 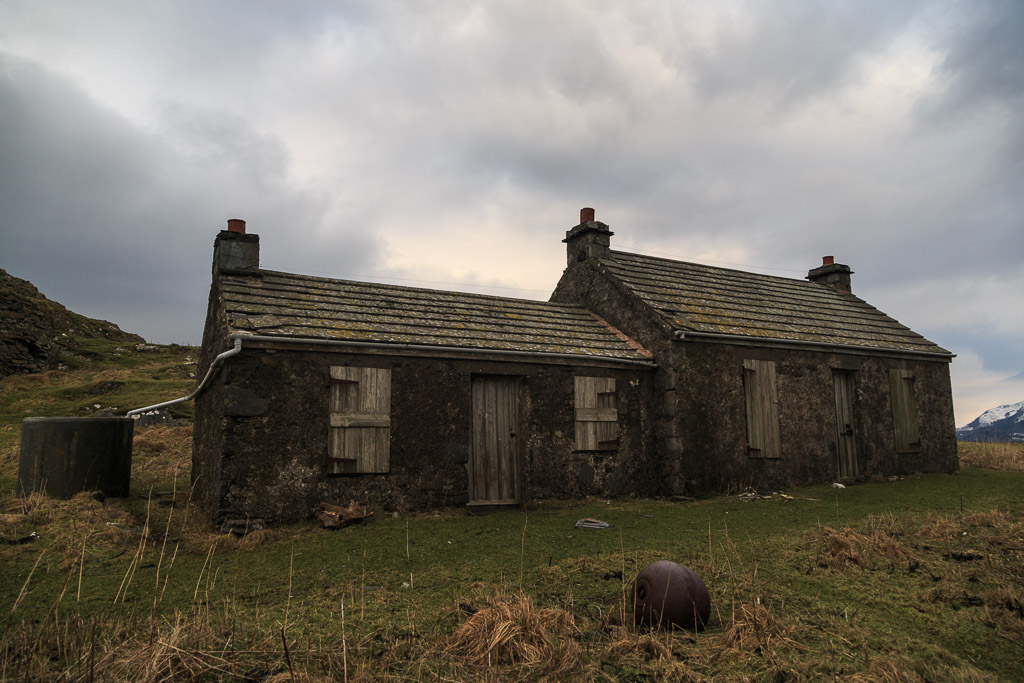 The whole operation was run by two families who lived in these cottages. 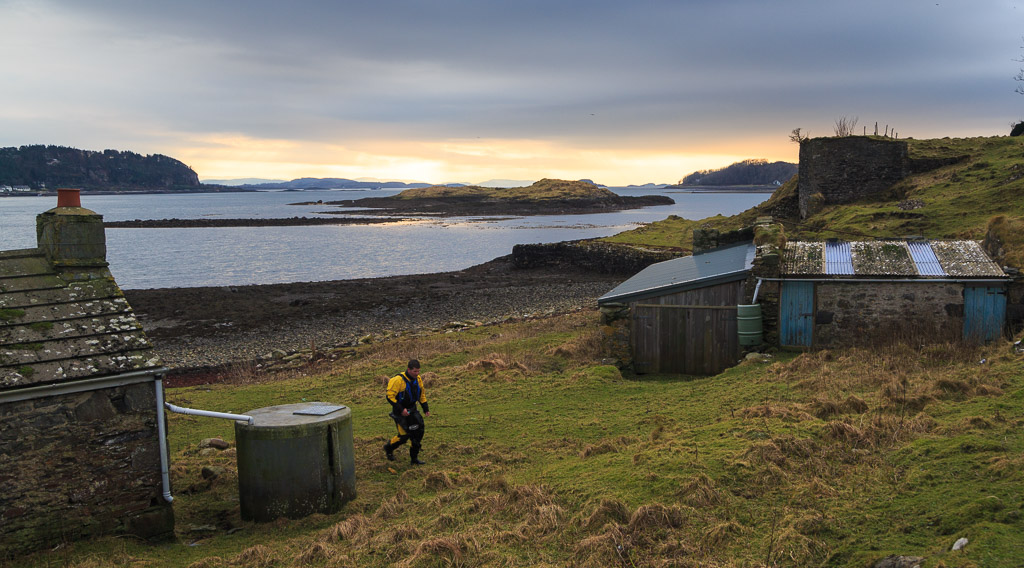 The  building with the blue doors (behind the quicklime store) was a smithy. 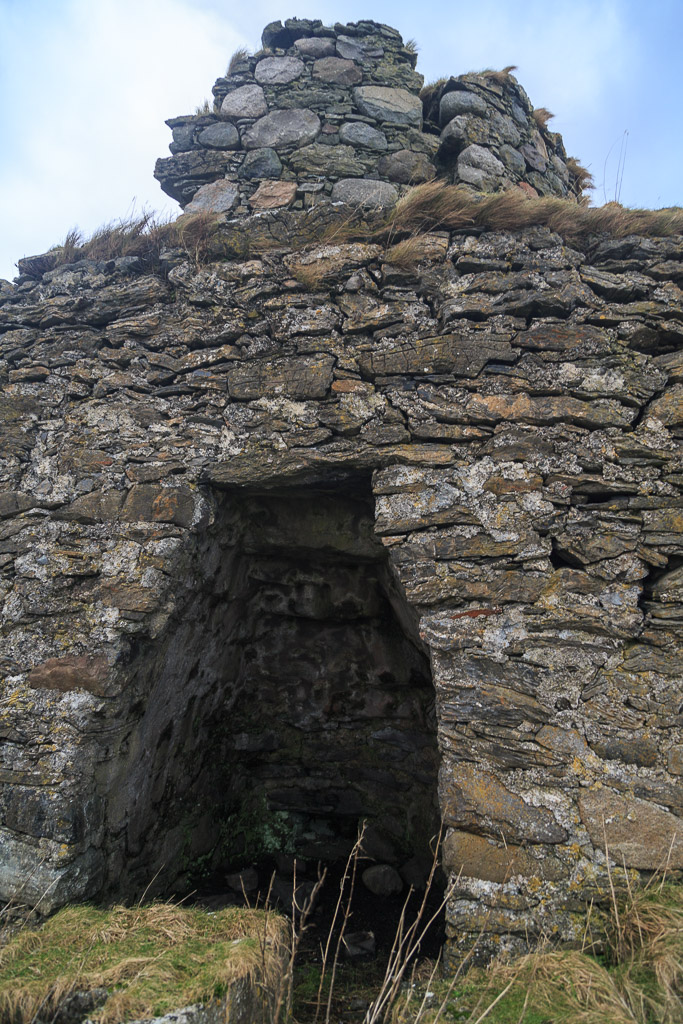 The oldest kiln is now in a pretty unstable state. 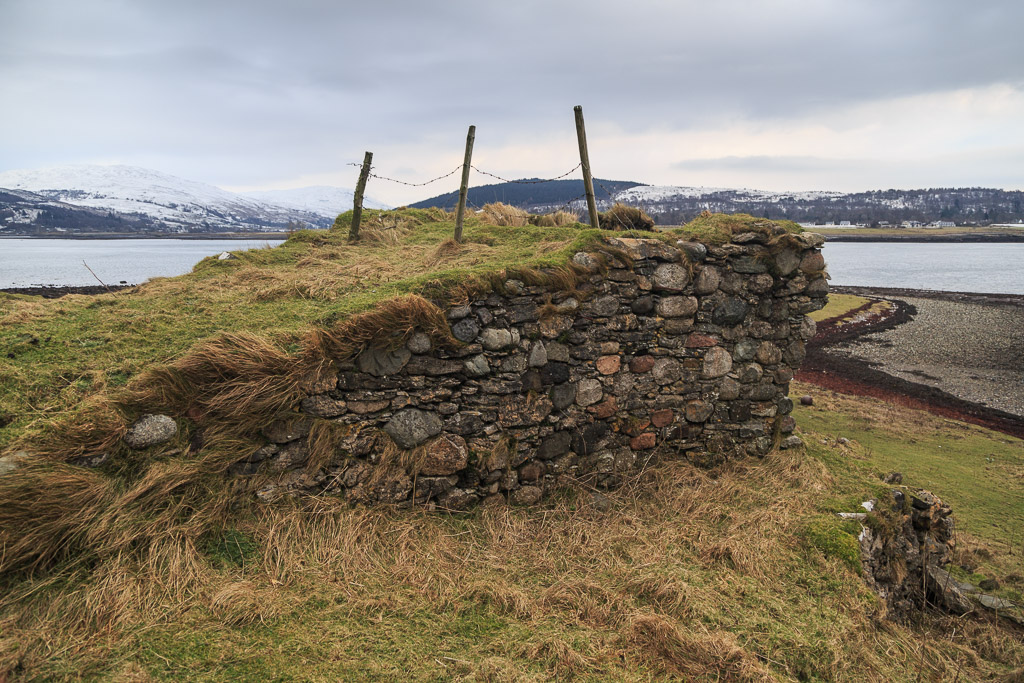 A ramp leads up to the top and limestone rubble was dropped into the kiln from... 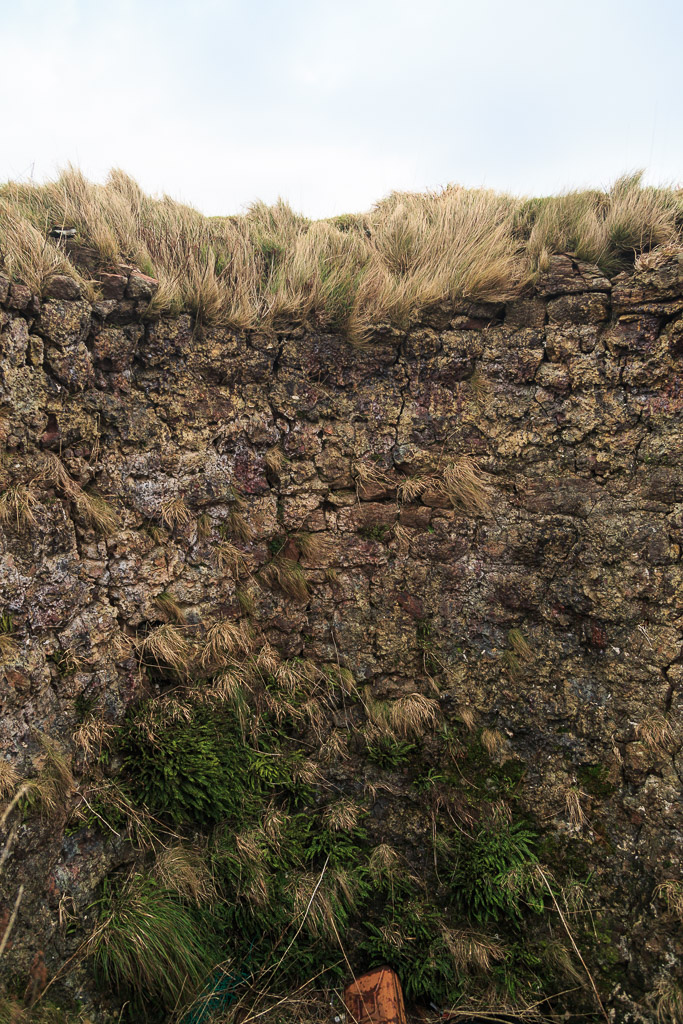 ...above onto a grate below which the coals were lit and then roasted for several days. 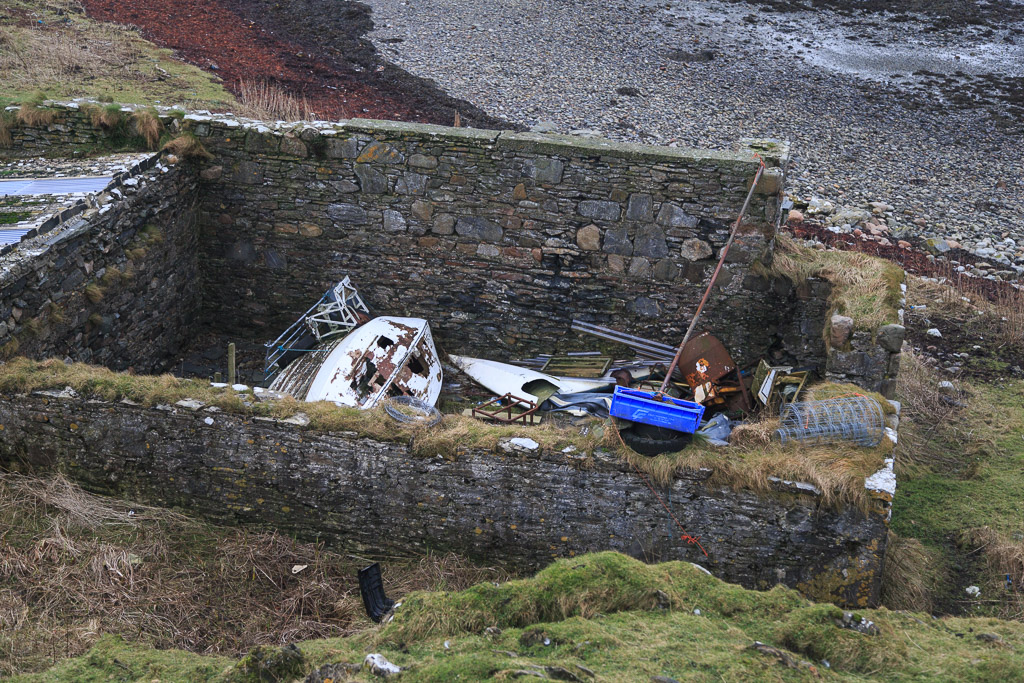 The coal was stored in this open walled enclosure behind the quicklime store. 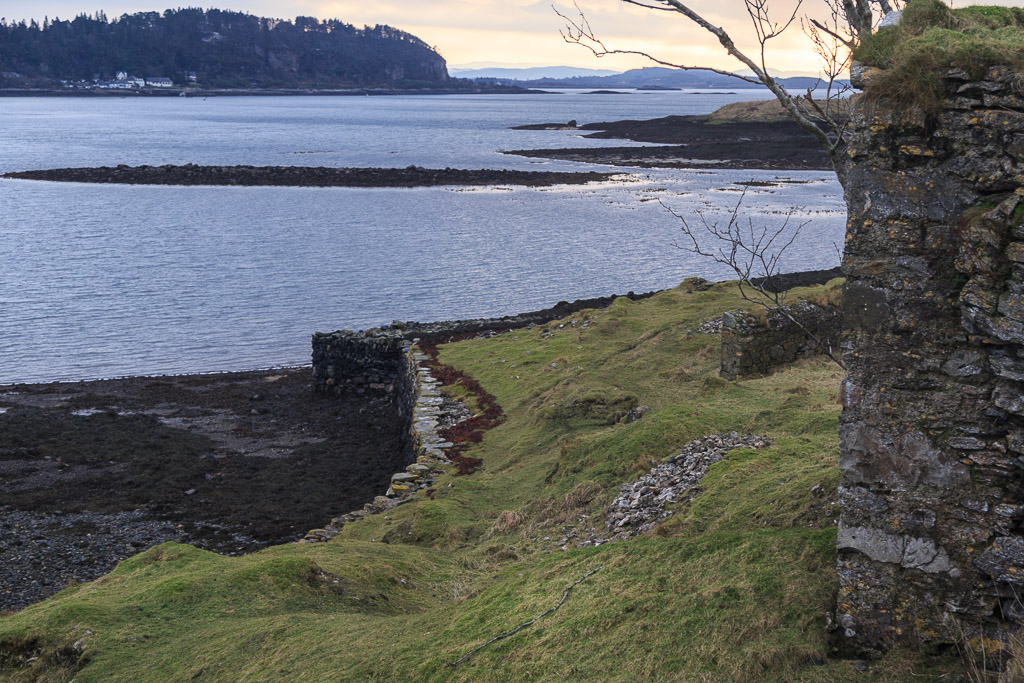 The jetty was used to bring in coal for the kilns and take the quicklime out for agricultural and building purposes. The reef in the middle of this photo is actually a ballast bank where boats dumped ballast before taking on quicklime. At one time there were 24 locally owned smacks which carried coal, limestone and slate. The last was the "Mary and Effie" which was owned by Captain Alan MacFadyen who traded these waters in her until the late 1940's. 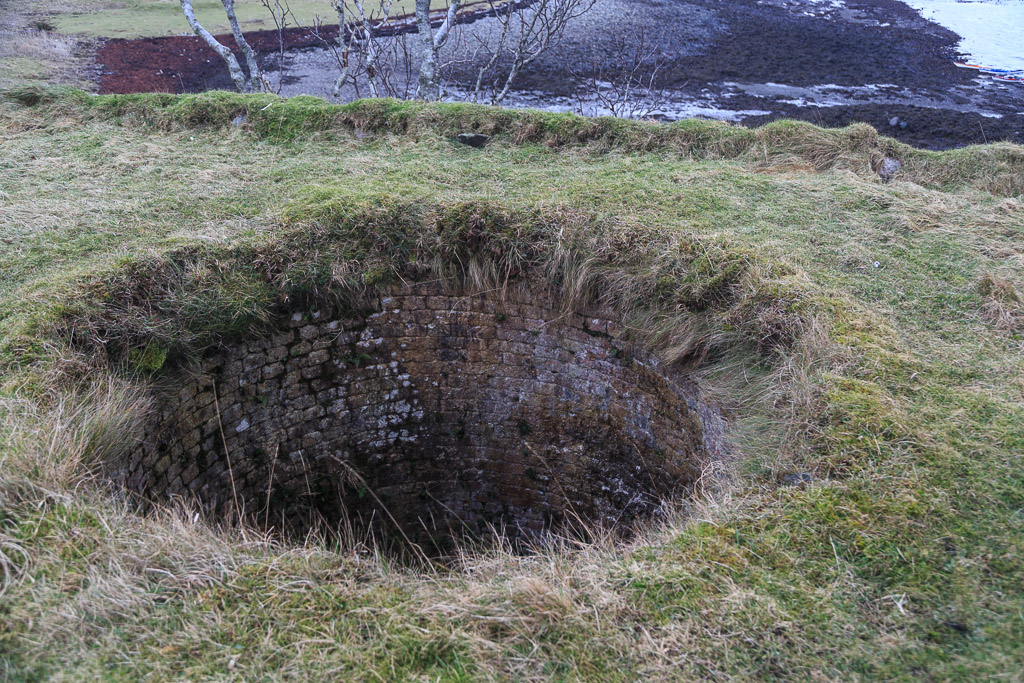 The two newer kilns are lined by brick rather than rough stone. 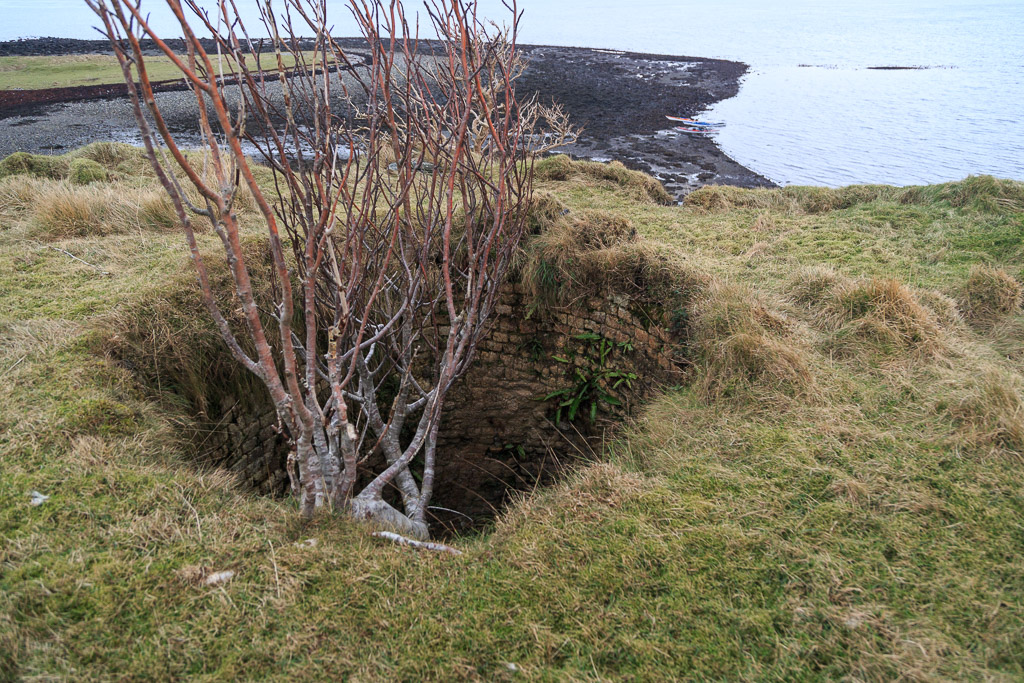 This rowan tree presumably had a sheltered start to life. This is the view from the top of the kilns to the north towards Shuna and the Appin hills. 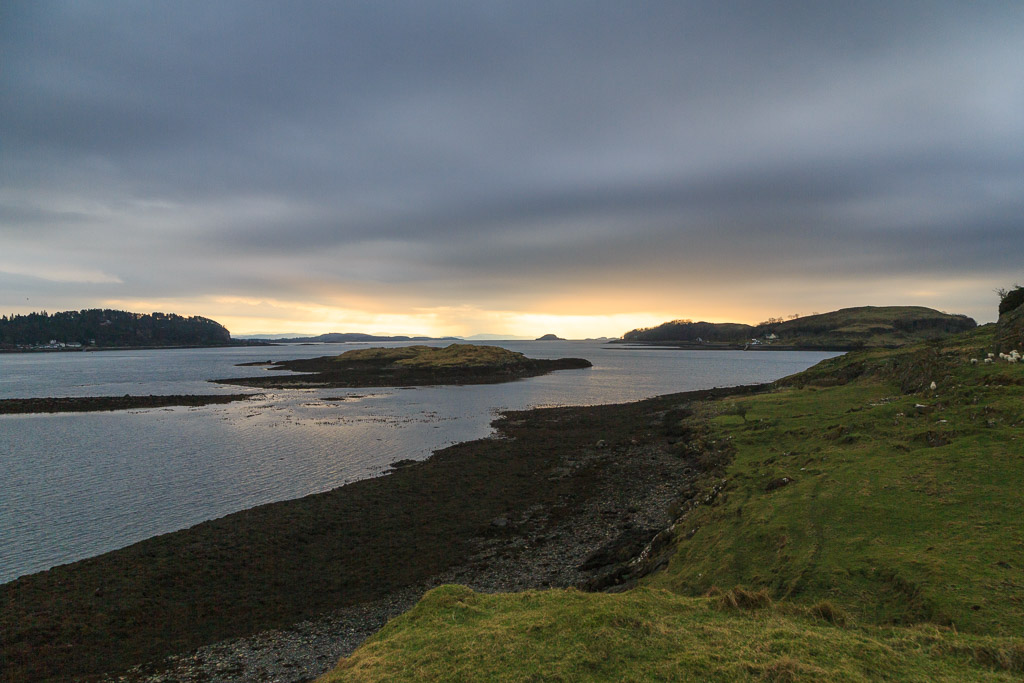 This is the view to the south  The island just beyond the ballast bank is called Inn Island. Many people think that there was once an inn there but it is called this because it was leased together with the Port Appin Inn which can be seen at the foot of the wooded slope on the mainland. InnIsland was originally shown as Island Imachar on the Appin Estate map. The Garvellachs can just be seen on the horizon to the right of centre. 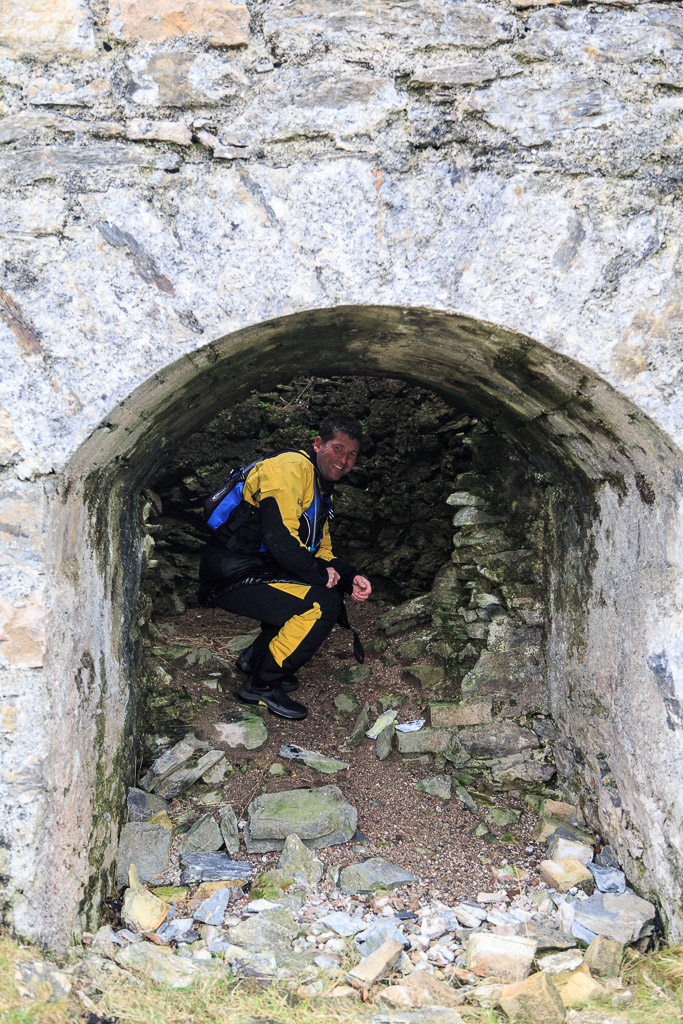 We returned to the base of the Kilns. The largest  is still in pretty good condition and Ian and I crouched down to make our way inside to... 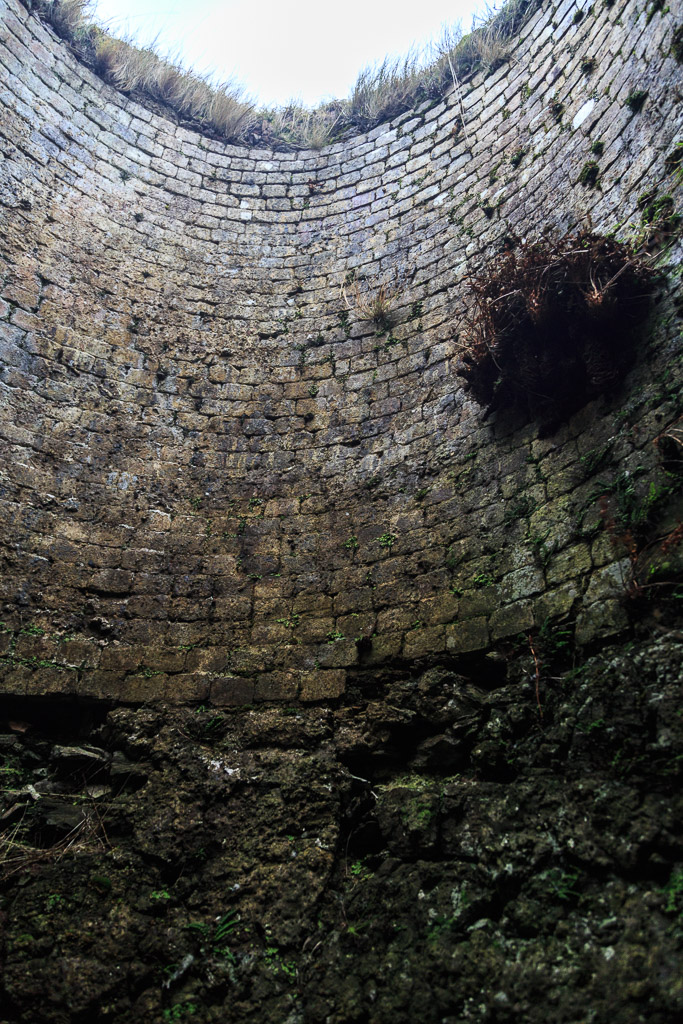 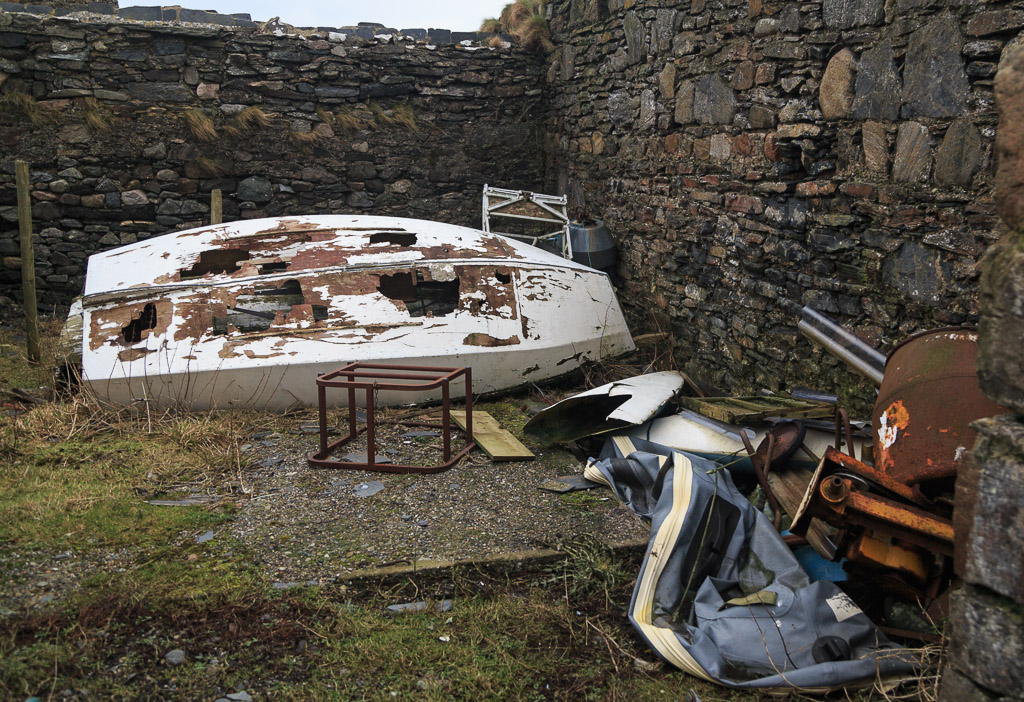 The coal store now shelters an old Mirror dinghy, a kayak and a deflated inflatable all of which have seen better days.

Posted by Douglas Wilcox at 8:54 am No comments: