Romance is in the air at Dippen Head.

Leaving Kildonan there was a loud noise coming from the direction of the castle. 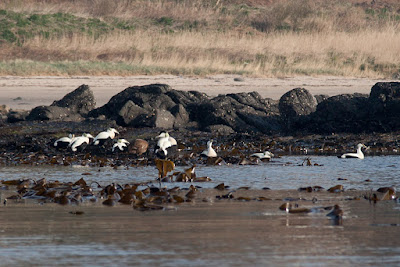 A loud whooh whoohing was coming from a posse of male eider ducks who were courting this solitary female. She replied with a self satisfied wha..whoo! 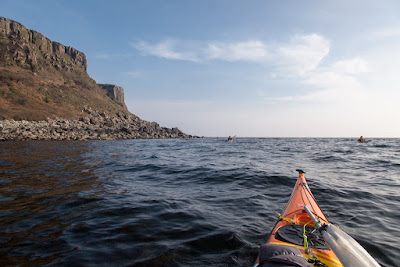 The coastline towards Dippen Head is dominated by the Dippen Sill... 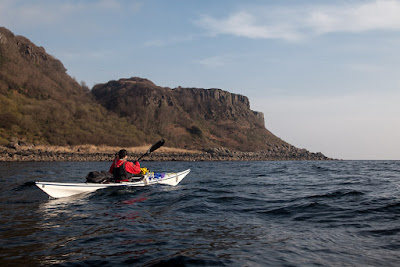 ...which is over 40m thick and composed of  a complex mixture of rocks including crinanite. 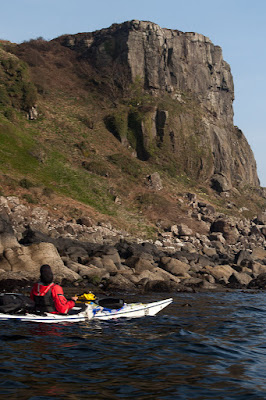 High above the Head... 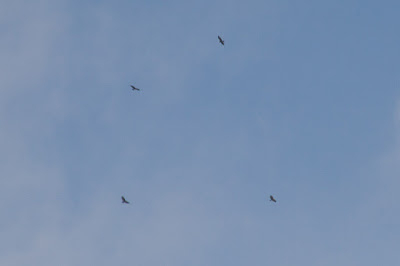 ...we caught sight of five golden eagles, wheeling in some sort of courtship display. (I know this photo only has four eagles but I thought it would be cheating to paste one in from another photo!) 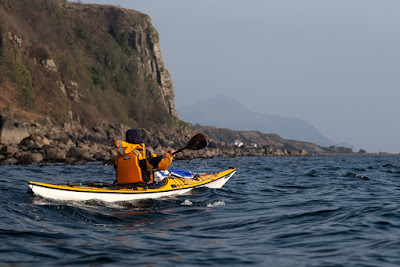 After Dippen Head we came to Largybeg Point and sighted Holy Island for the first time since we had left Brodick at the start of our trip.
Posted by Douglas Wilcox at 7:00 am No comments: