The intoxicated Giant of Ardbeg. 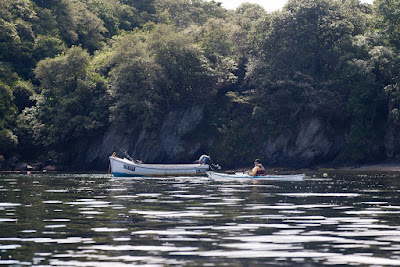 From the Ardmore Islands, we paddled below the wooded shores of Islay's Kildalton estate. The great house is now a ruin but in the early 20th century it belonged to a wealthy, eccentric, travelling gentleman called Talbot Clifton. Clifton liked to travel the World and shoot things, pretty much anything was fair game; tigers, lions, elephants, and closer to home, grouse, snipe, stags, IRA captains etc.. It was after he shot the latter, that he felt it somewhat prudent to leave Ireland and settle in Islay. 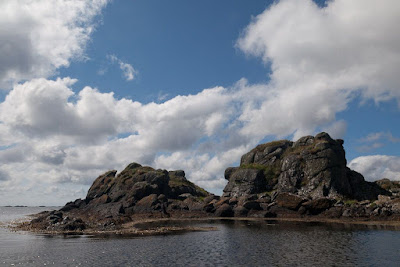 To the SW of Kildalton, we came to the lonely uninhabited isle of Eilean Imersay. Uninhabited that is, except for this great sleeping giant. His head was resting on a stone pillow and his hands were resting on his chest. 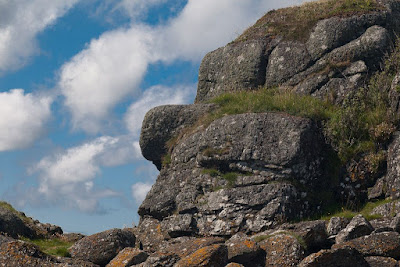 He had a strangely smug self satisfied expression and a bad case of megalithic rhinophyma. There was a particularly pleasant ambiance about this place. It was not just the sun. There was something else in the air... 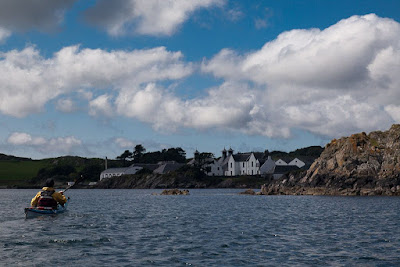 ...there was the heady aroma of Ardbeg! The angel's share from the distillery was blowing steadily over our giant friend. No wonder he looked smug. He wasn't sleeping at all, he had been lying there too long and was now well and truly pished! 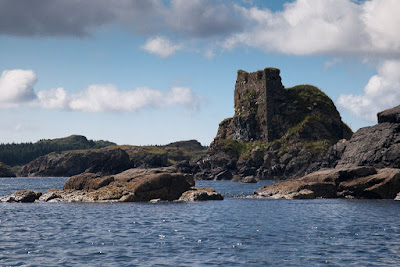 Beyond Ardbeg we came to the ruins of Dunyvaig Castle. We have been here before and it must be one of the sweetest smelling castles in Scotland! This time the aroma proved to be from the.. 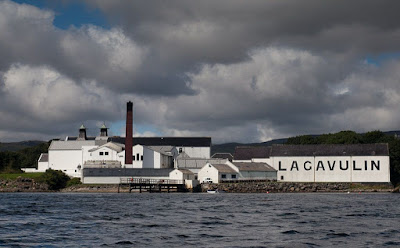 At this point I would have shown you a photo of Laphroaig, the third distillery on this coast, however, the offshore wind had increased and violent gusts were blasting off the land and snatching at our paddles. There was no way I could take a photo, so you will just need to wait for another visit. After all, two distilleries are quite intoxicating enough for one day.
Posted by Douglas Wilcox at 7:00 am 3 comments: