Thwarted by the young guardian of the Royal Cave, Jura 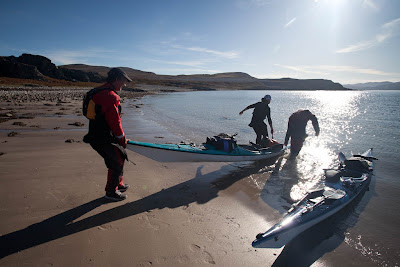 It might have only have been 9:40am (and we might only have had time for first breakfast) but all four of us reported for launching/photographic duties... 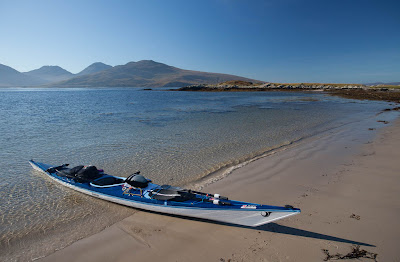 ...and soon the kayaks were afloat and waiting to transport us on a tour of Loch Tarbert, Jura. This must be one of the most beautiful but infrequently visited of all the Scottish sea lochs. 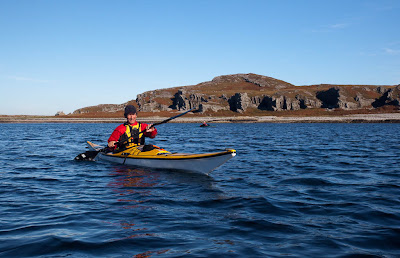 We left Ruantallain and travelled east along a line of raised beaches and cliffs with dry caves. 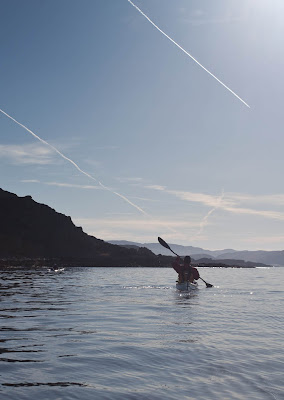 Apart from ourselves the only signs of human life were the contrails of trans Atlantic jets flying on the Great Circle route. 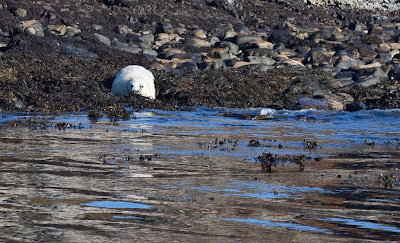 We were going to land at Uamh Righ, the Royal Cave, but grey seals were pupping along the shore and so we kept our distance. The cave has been inhabited since the Bronze age
but during the Christian period up until the Reformation the cave held a special significance in the burial rights of people who died on the mainland. The cave was on the funeral routes to Oronsay Priory and Iona Abbey. If storms prevented crossing to the islands the bodies were left in the cave until such time as the weather improved. There are still many crosses carved on the walls of the cave. 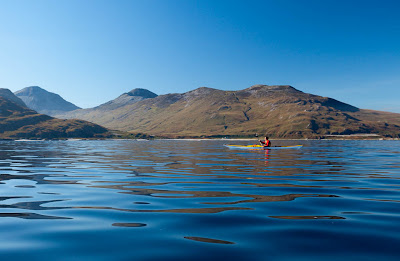 Only partially disappointed at not being able to land at the cave, we continued on our journey into the loch. We looked south to the beautiful sands of Glen Battrick Bay but we did not stop. Our destination lay further east, towards the outer narrows of the Loch....
Posted by Douglas Wilcox at 5:27 pm No comments: