Givin' the Dogs the slip! 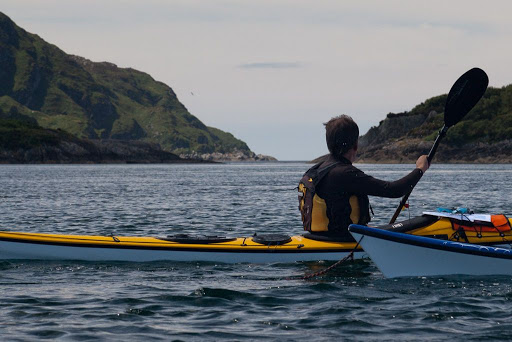 Although there was some growling from the throat of the Dogs and the occasional fleck of saliva, all looked remarkably calm and, much to Phil and Jennifer's relief, we slipped past the Grey Dogs on our way north to the tip of Rubha Fiola. 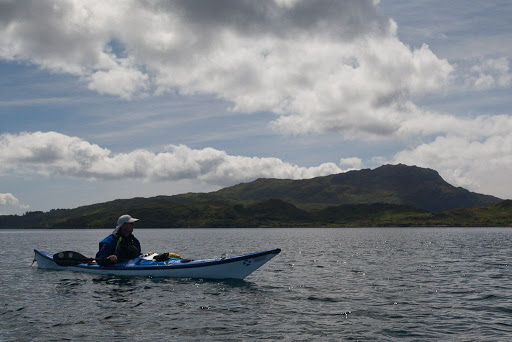 Scarba slipped astern but still dominated the skyline above the east coast of Lunga. 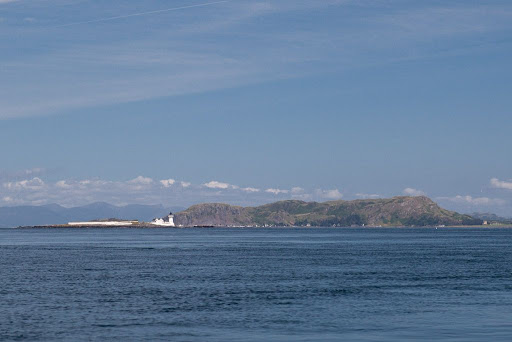 Ahead lay Fladda lighthouse backed by the island of Seil and the distant mountains of Morvern. Fladda light was built by David and Thomas Stevenson in 1860. The light flashes white from north through east to south and flashes red to the north and there are red and green sectors to the south. There is a large walled garden in which the keepers grew vegetables. Our speed increased as we passed Lunga and increased to 12km/hr before we reached our turning point of Rubha Fiola. 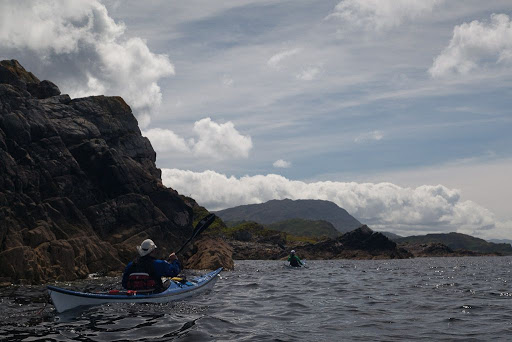 Rounding the point at the north end of Rubha Fiola, we were fortunate that the current on the west side was much less, even at the height of the tidal flow. We had now entered the Firth of Lorn and a dramatic coastline lay ahead, with the headlands of Rhubha Fiola, Lunga, Scarba and distant Jura all blocking our way back to Crinan. 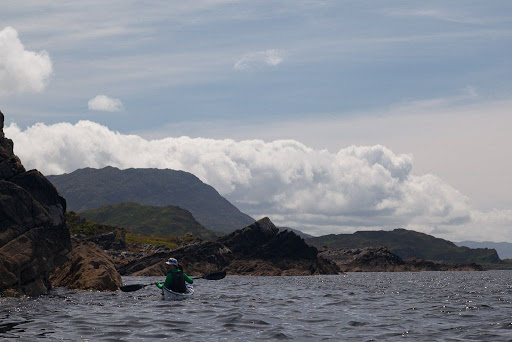 It was about this point that Jennifer and Phil realised that we were now committed to returning either by the Grey Dogs or the great Gulf of Corryvreckan... 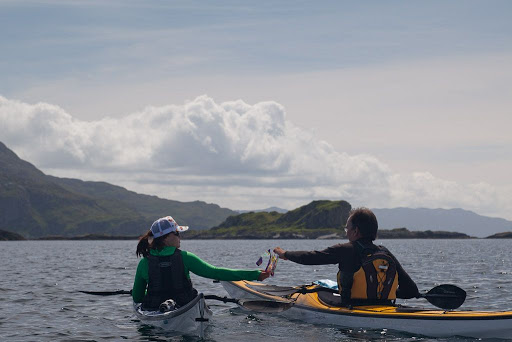 ...so they consoled one another with some Jelly Beans!
Posted by Douglas Wilcox at 7:27 am 5 comments: