A tale of three harbours and some ferrous sheep on Arran In Mid April David and I caught the midday ferry to Arran. As we approached Brodick the mountains were cloaked in low mist. 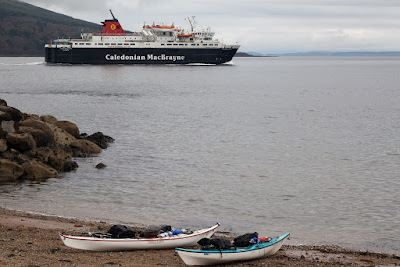 We trollied the kayaks off the ferry and were prepared to launch almost as soon as the MV Caledonian Isles had cleared her jetty. 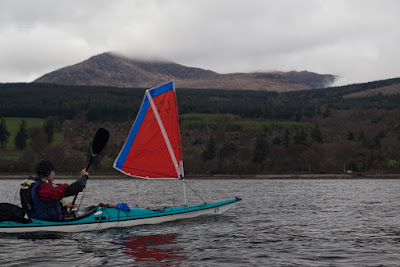 We planned an anticlockwise circumnavigation of Arran, a distance of about 90km. A southerly breeze began to clear the mist from the mountains and filled our sails. 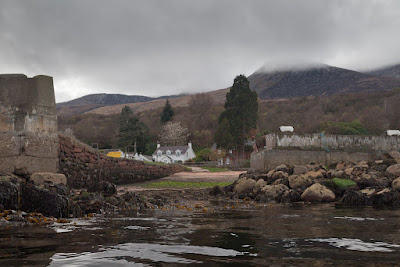 We soon passed the first of Corrie's two harbours. Note the "sheep" bollards!The fact that it has two... 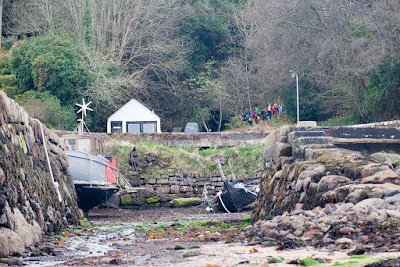 ...tells you that neither is very good! The second has a houseboat and a replica longship in it and not a lot of water when we passed by. Geology students on their annual field trips and all equipped with yellow hard hats were everywhere! 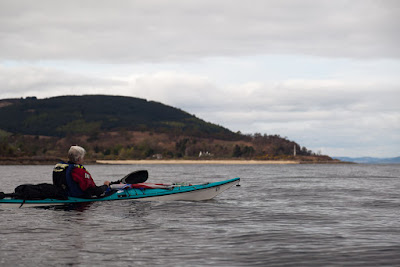 The lovely sweep of Sannox Bay announced our arrival at the start Arran's remote north coast. 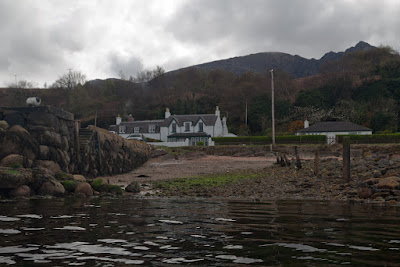 Sannox also has a harbour (with sheep bollard) but it is not much better than either of its neighbours at Corrie. 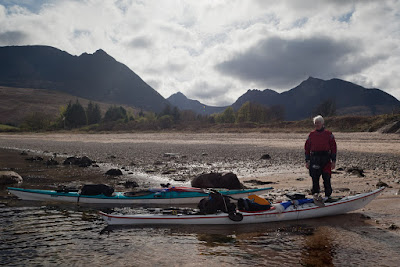 We stopped for a break at Sannox Bay. 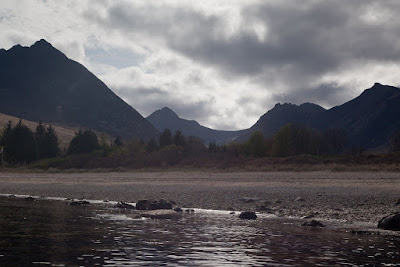 The view from the sands into the mountains round Glen Sannox is one of the finest in Scotland.
Posted by Douglas Wilcox at 10:44 pm 3 comments: