A sea kayaking milestone on Mull. 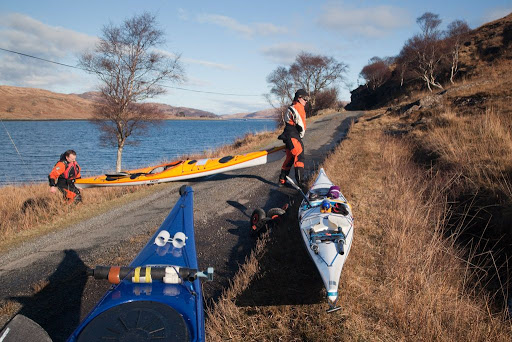 At the head of Loch Spelve, Jennifer and Jim lugged the kayaks up to the road while I assembled the trolleys for our coming portage. 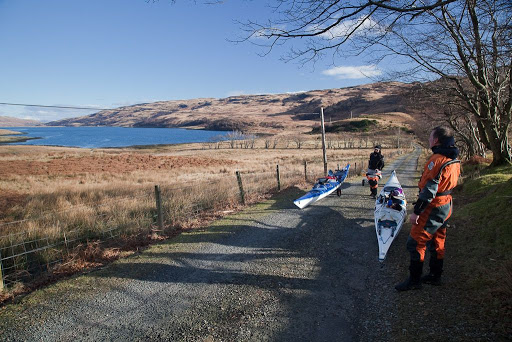 We were on the side road that runs round the south shore of Loch Spelve to the hamlet of Croggan past the even smaller hamlet of Barachandroman. This is of note as it is probably the longest single word place name in Scotland. It also has a good B&B which we would have used if we had got stuck on Mull. Leaving Barachandroman we soon came to a T junction. 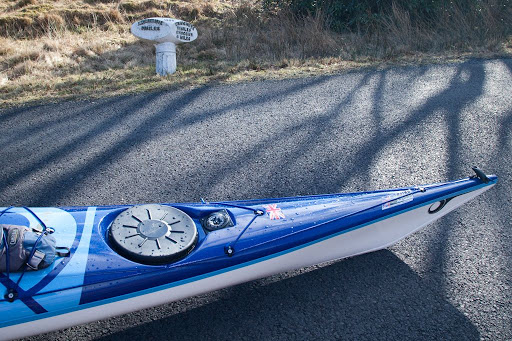 We turned west on the main road from Craignure to Lochbuie. I was finding it hard going and the mile post proved to be a good excuse to stop for a break. I wondered how many sea kayaks or sea canoes had stopped here before. The current boom in sea kayaking has developed since the 1970's but before this, there was a long established activity of sea canoeing (often involving sails and portages) which had started towards the end of the 19th century. We were probably not the first! 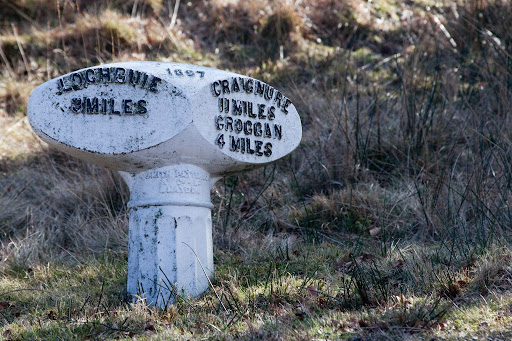 The mile post was of cast iron and dated 1897, the year of Queen Victoria's Diamond Jubilee. It was manufactured by They were made by Smith, Patterson and Co of the Pioneer Foundry, Blaydon-on-Tyne, the firm existed from 1870 until 1954. I have seen more of their cast iron mile posts on the track between Drimnin and Doirlinn on the southern shore of Loch Sunart. 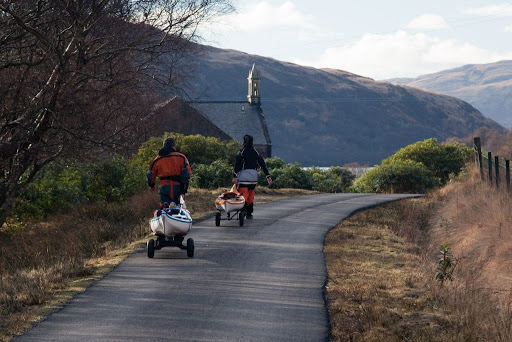 We came to Kinlochspelve parish church. It was built to a design by Thomas Telford in 1828. Beyond a glitter of water through the rhododendrons brought a sense of relief. The sea was still two miles away at Lochbuie and my knee was aching. What we had spotted was Loch Uisg, a freshwater loch 1.7 miles long....
Posted by Douglas Wilcox at 10:35 am No comments: