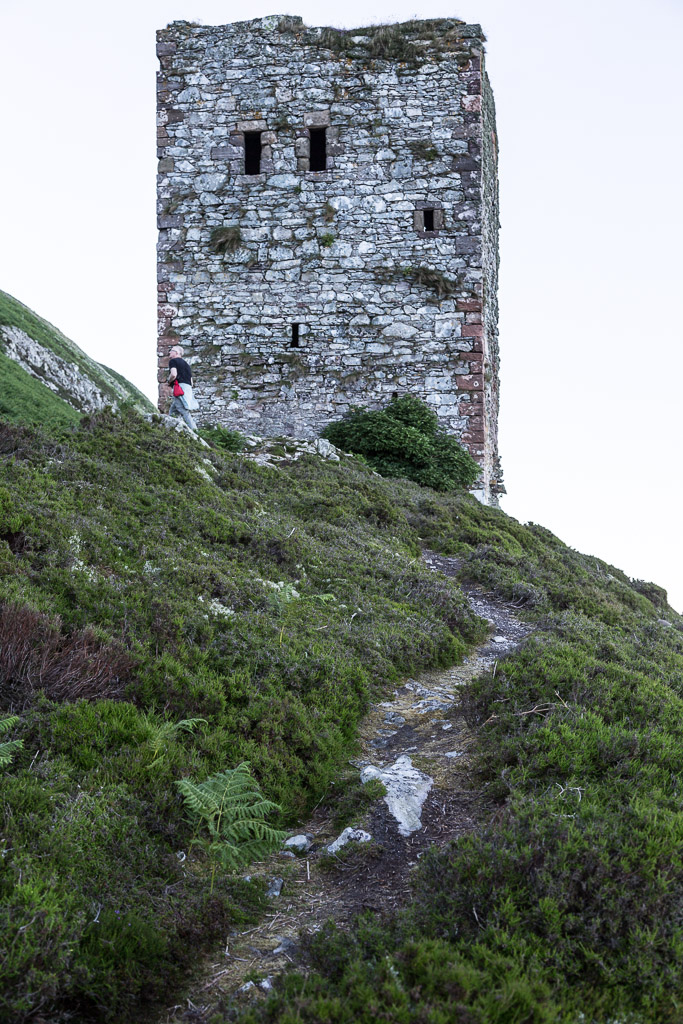 When our camp site on the lighthouse spit was cast into the shade by the bulk of Ailsa Craig, we decided to climb to the top and watch the sunset. The steep path up to the castle gains height very quickly and I struggled to keep up with Phil and Tony. 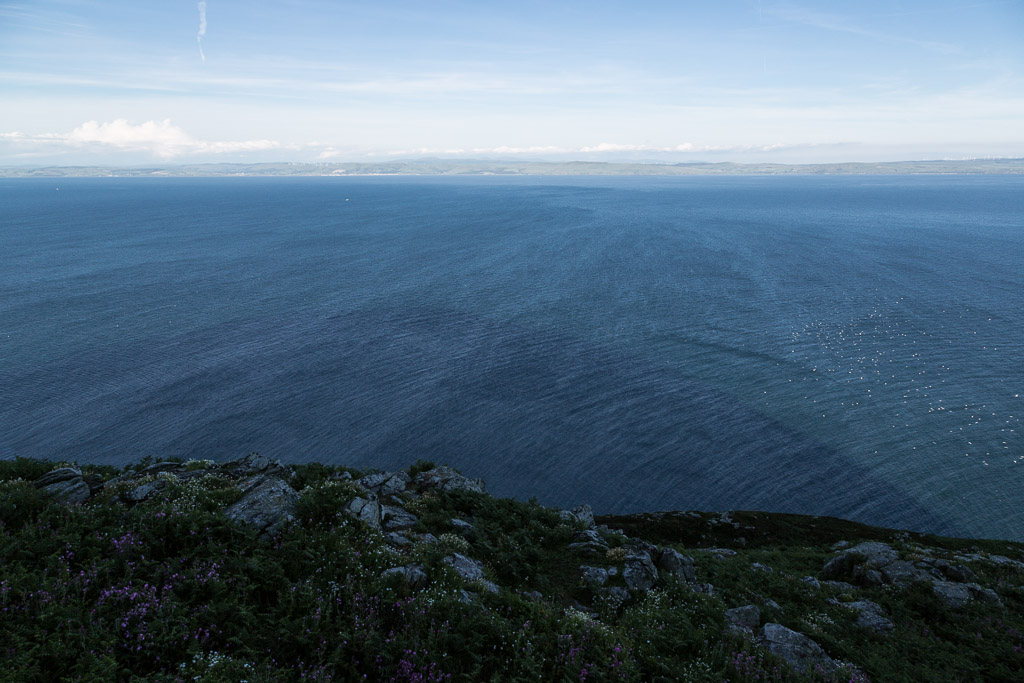 As we ascended we caught sight of the huge shadow cast by Ailsa Craig on the sea far below. 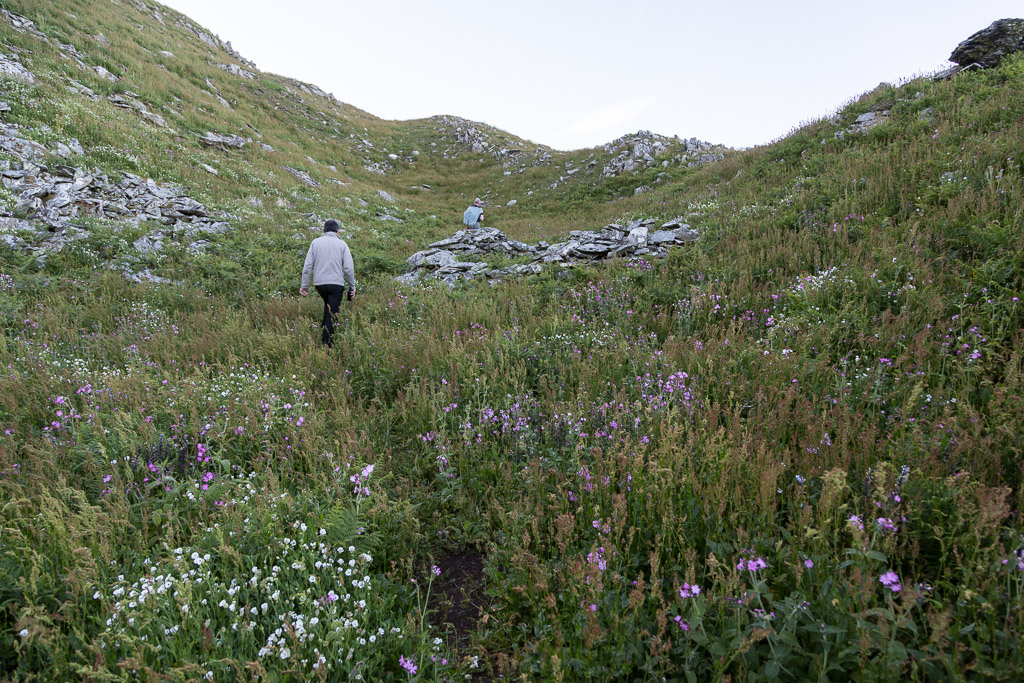 I feel behind the others again as we climbed the flower filled Garry Loo, a long depression in which the Garry Loch can be found in wet weather. 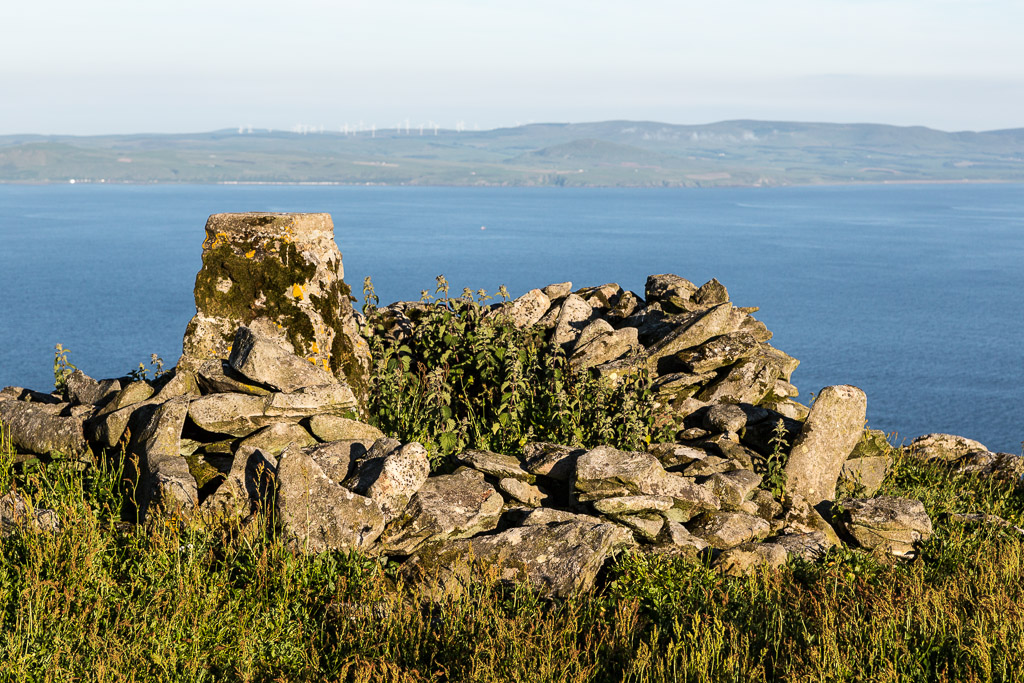 At last we broke into the sunshine at the summit cairn and trig point which is 340m above sea level. 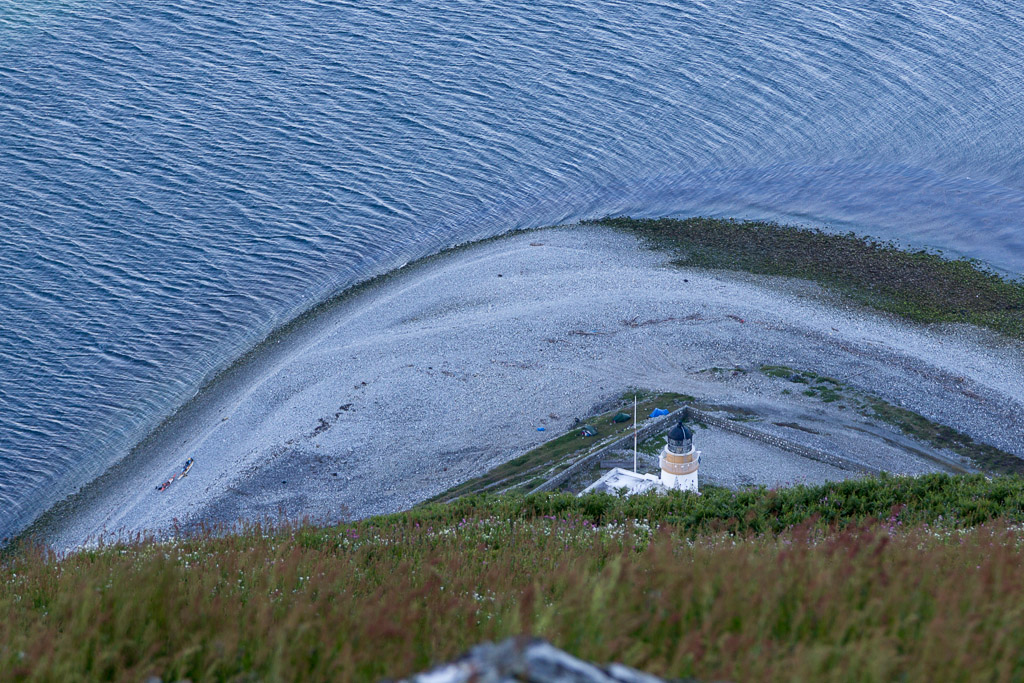 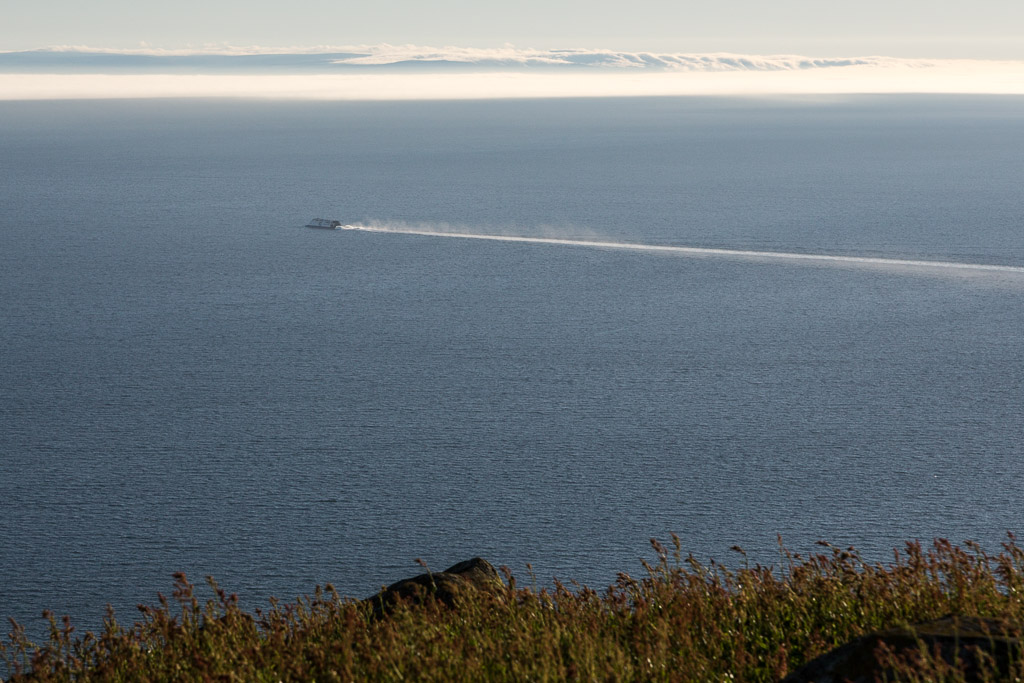 The seacat HSC Express roared past on her way from Troon to Larne. 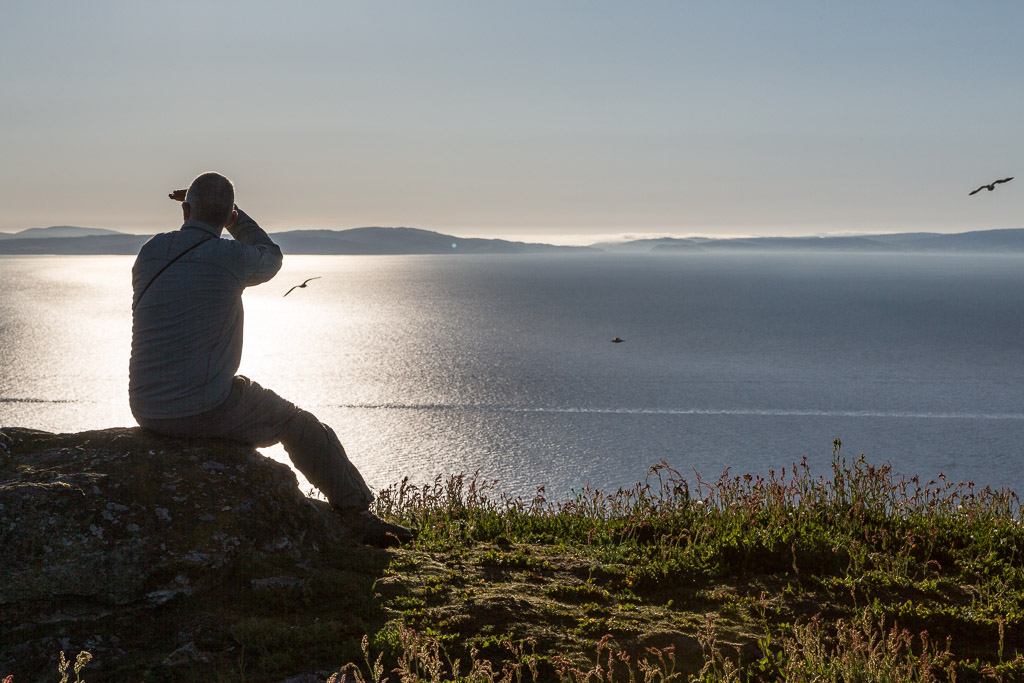 It was good to take a rest on a rock. We gazed over towards Campbeltown where Tony and I had set off from 48 hours before.

This gannet swooped in from the direction of Mull of Kintyre and Sanda Island. Its belly was full of fish to feed its chick on the ledges below. 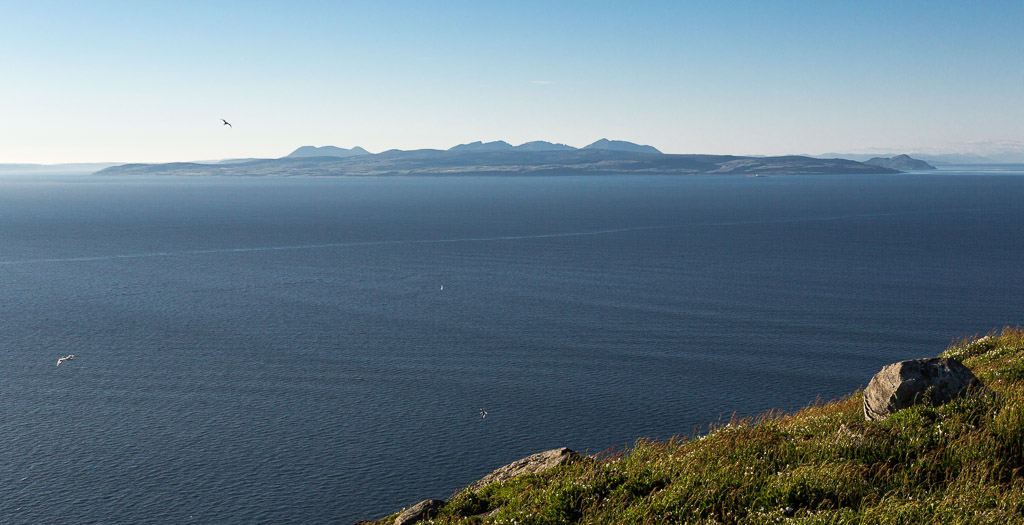 To the north the whole of Arran was laid out before us.

Looking north past Holy Island we saw the southern edge of the highlands from Ben Ime and the Arrocher Alps to Ben Lomond.

To the east the town of Girvan was backed by the Galloway Hills which are crowned by the Merrick.

To the north east we could see Turnberry Hotel and lighthouse, Culzean Castle and Mochrum Hill and the Carrick Hills rose beyond.
Posted by Douglas Wilcox at 8:04 pm 2 comments: