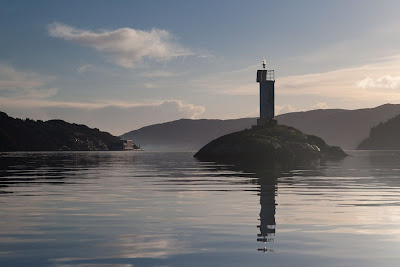 Carraig nan Ron (seal rock) is a navigational hazard to both the warships and civilian ships that ply Loch Long. It lies off the point which separates Loch Long from Loch Goil. The light beacon is operated by a solar panel. In the distance is the Royal Naval Armament Depot at Coulport. Unlike Glenmallan, which services surface warships, Coulport is specifically designed to service submarines armed with Trident nuclear missiles. The large rectangular building is a covered floating dry dock for submarines. It was built in 1993. 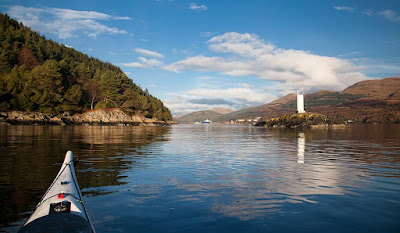 Looking back up Loch Long, Ark Royal and Ashna were just visible in the distance.

A telephoto shot shows the storage tanks of the civilian Finnart oil terminal on the hill beside Ashna. 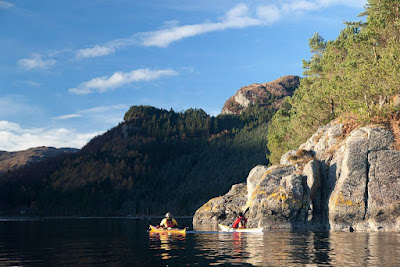 We now turned away from the bustle of Loch Long and entered Loch Goil... 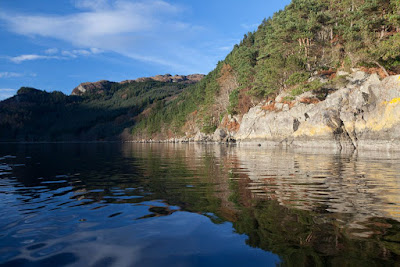 ...which is somewhat in the shade of its longer sibling.
Posted by Douglas Wilcox at 10:40 pm No comments: