A singular way to spend a sunny afternoon down south on the Solway. 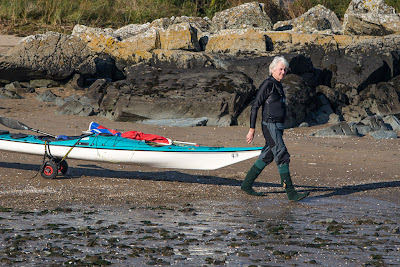 I was delighted that David and Phil were able to join me for my last paddle of the season down on the Solway. It had been a late night (the previous evening) for them and they had rather rushed packing. David had lost his specs and phone and left his boots behind. So he had to wear his socks on the outside of his trousers, like Superman. 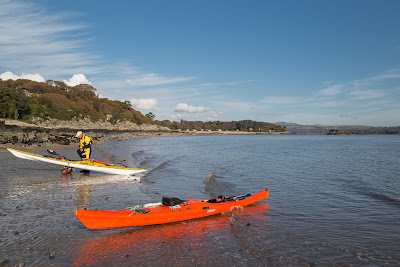 We hadn't been able to get out together since the beginning of the summer so it was great to arrive at the water's edge. 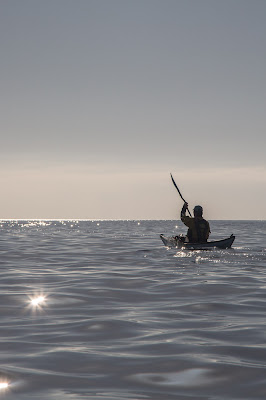 We set off over a sparkling sea... 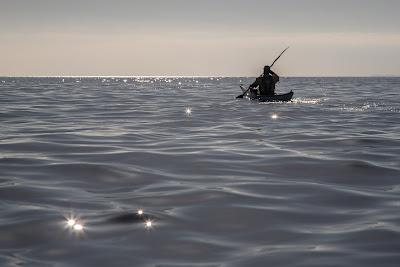 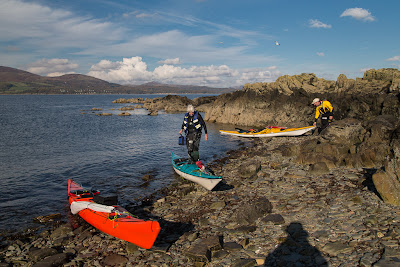 ...the Murray's Isles, where we stopped for first luncheon. 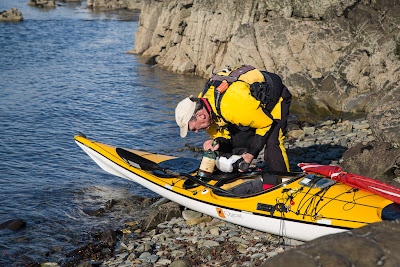 Phil had remembered his coffee flask but sadly had forgotten his orange juice. All he could find in his day hatch was a bottle of something called "Singleton of Dufftown", whatever that might be. 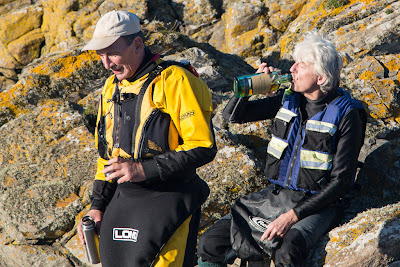 While Phil and I enjoyed a cup of coffee in the sunshine, naughty David was determined to discover what the "Singleton" was and took a giant slug of it, behind Phil's back!
Posted by Douglas Wilcox at 5:42 pm No comments: