Another World on Lady Isle, just three miles from home! 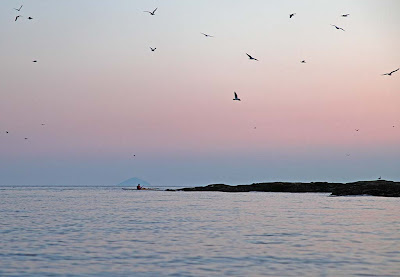 Last Wednesday evening we found ourselves drifting round Lady Isle in the Firth of Clyde. Far to the SW the great rock of Ailsa Craig was merging into the twilight. 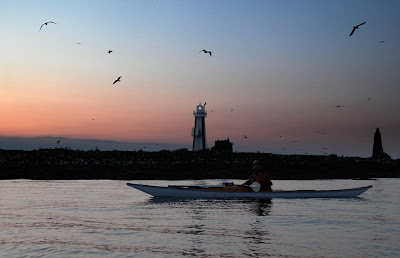 The lighthouse beam flashed white every two seconds. It was originally built in 1903 and was gas powered. It was refurbished in 2004 and converted to an electric light powered by batteries charged by solar panels. More of the early history of beacons on Lady Isle can be read here. 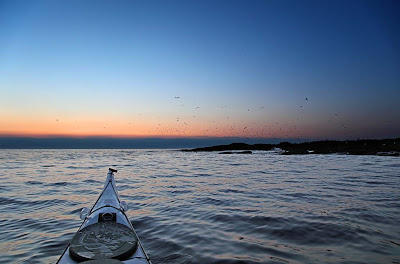 As we drifted round the island in the fading light Hundreds of herring and common gulls flew in from every direction to roost on the isle. When I was a member of Troon Sailing Club in the sixties and early seventies there was an annual race around the isle in dinghies. It was a fundraiser for the RNLI which has a lifeboat based in nearby Troon Harbour. In those days there was a large colony of terns on the island but these have now disappeared. Judging by the number of gulls which followed the fishing fleet into Troon, maybe the gulls came and displaced the terns when the fishing fleet moved from Ayr to Troon in 1996. 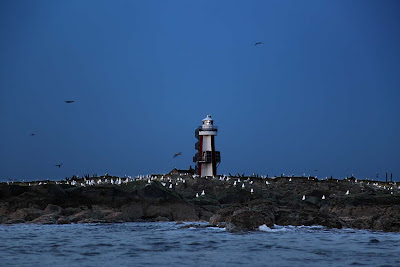 Although the isle is now rocky it was once covered with beautiful sand dunes backed by grass. Unfortunately early 19th century attempts to improve the pasture by burning the vegetation and introducing rabbits destroyed the dunes which were washed away by winter storms. There are still supposed to be rabbits on the isle but I have never seen any. Remarkably, there is a small freshwater spring on the island. 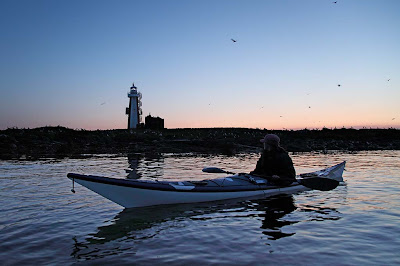 It was a wonderful atmospheric experience, with the mournful calls of the gulls filling the late evening sky above. 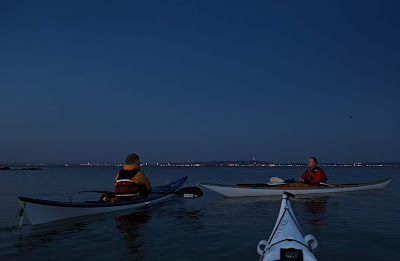 Slowly the lights of the Ayrshire coastal towns came on and the eastern horizon glowed with the orange of sodium lights. 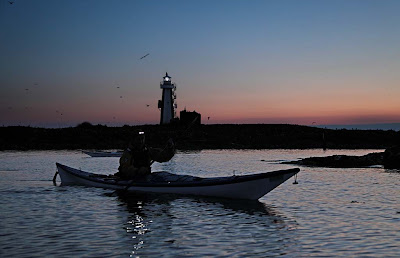 It was now time to return. We lit our head torches as we did not want to be run down by the still returning fishing fleet. 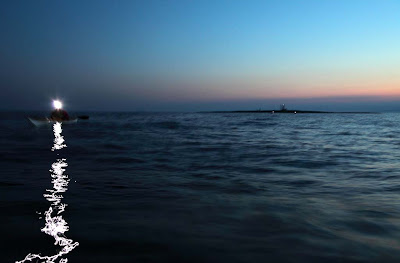 Our lights made crazy reflections as the little waves danced in the darkening waters of the Firth of Clyde. 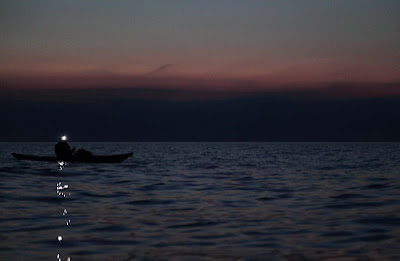 The night closed round us and we were soon in Another World, but Tony's house was less than three miles away! When sea kayaking, the adventure begins within minutes of wherever you launch from, especially here on the wonderful West Coast of Scotland!