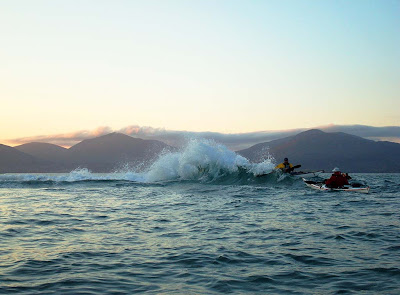 Like many of the smaller Western Hebridean Isles such as Pabbay, the Atlantic swell wraps round both sides of the island of Taransay. Where the swells meet a sand bar is created. You can surf in on a wave then meet another wave coming in the opposite direction. Where they meet... Kapowwww! There was considerable testing of rolls, rescues and dry suits! Andy broke his paddle on a vigourous stern rudder. He made several vigourous attempts at bracing with half a paddle but ultimately enjoyed a taste of salt water. Fortunately he carried splits. 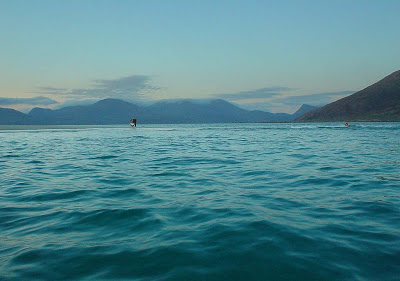 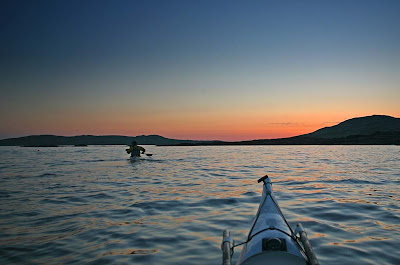 We surfed till long after sunset.... 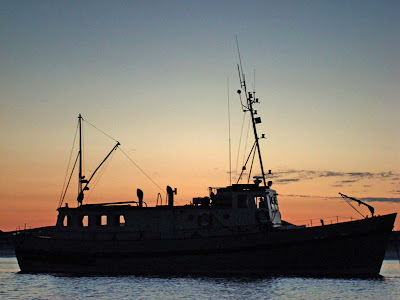 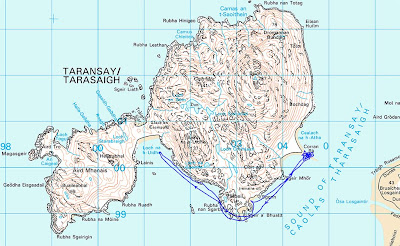 Our first day's paddle had covered only 11km at Taransay. However, Tony, Jennifer and I had already covered 11km that morning in Loch Roag.