Better Days: the wreck of the Spinningdale 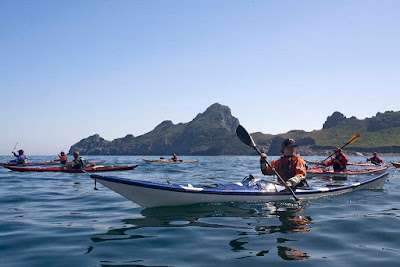 As we left the Cuma, on the start of our great St Kilda adventure, we were so excited. As we left Dun behind us and headed across Village Bay the wind dropped to nothing . 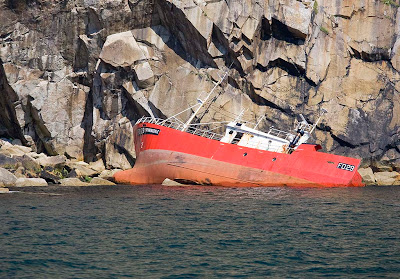 Our first destination was not to be some geological wonder but a rather poorly parked fishing boat, the FV Spinningdale. 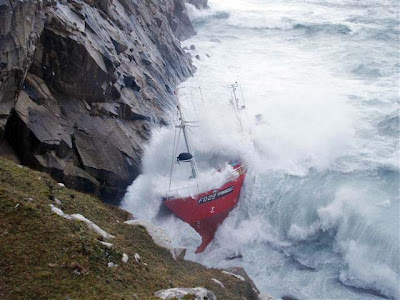 Over the night of 31/1/08 and 1/2/08 she sought shelter in Village Bay in a NW gale. The sea conditions meant she could not anchor and she motored slowly against the wind trying to maintain her position throughout the night. Unfortunately vicious down draughts from the mountains above slewed her onto the rocks at the edge of Village Bay. The conditions were so violent that the crew could not launch the life rafts and she put out a Mayday.

The picture of the Spinningdale in the shore break is by an MCA coastguard photographer and given to me by Murdy Campbell, cox of the Stornoway lifeboat. 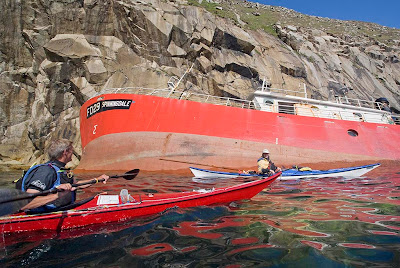 It was humbling to paddle round the sad remains of the Spinningdale and realize that we were now in some of the wildest and remote waters in the UK.