The skulls of Glengarrisdale, Jura. 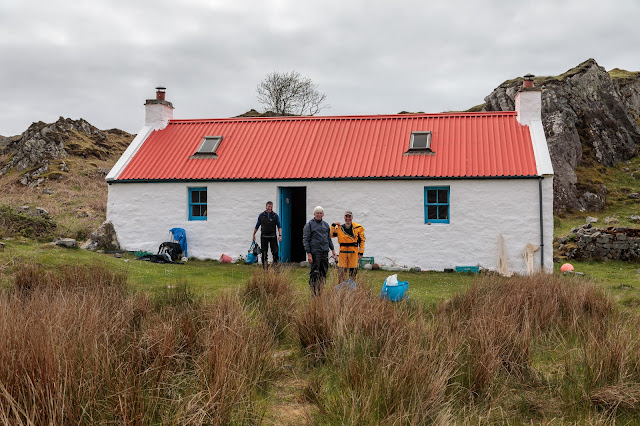 We made our way up to the former shepherd's house which is now a well maintained MBA bothy. The last shepherd left the glen in about 1947. 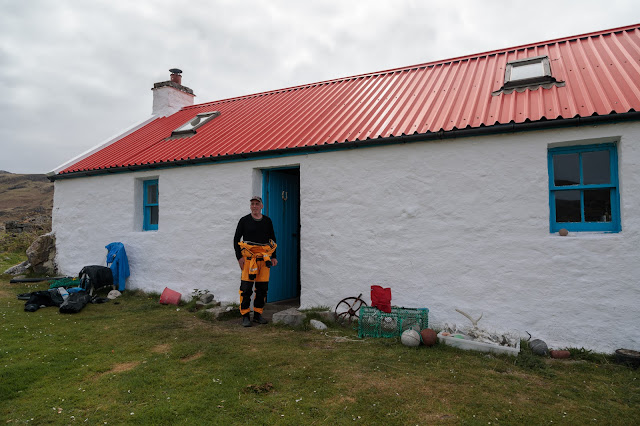 On this occasion the bothy was empty but we soon... 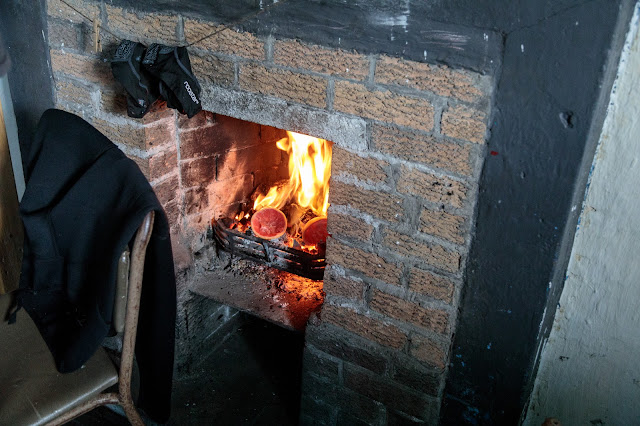 ...had it feeling homely by lighting the fire with a bag of charcoal and the last few logs which we had brought. 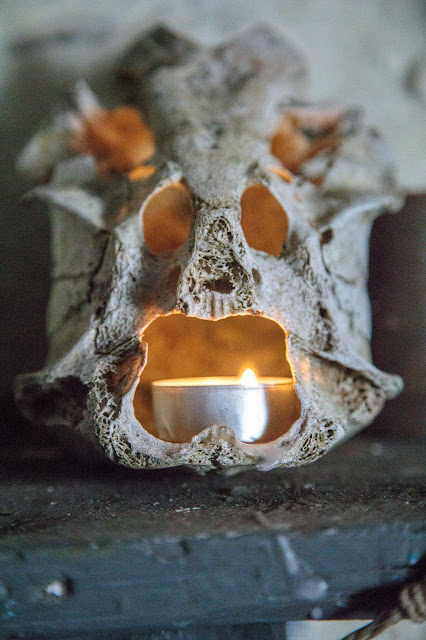 We also lit the macabre skull candle holder on the mantle-shelf above the fire. 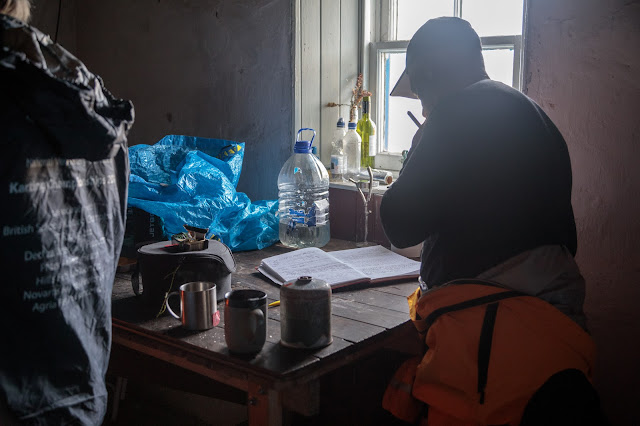 It was most satisfying to be able to cook a hot dinner in the shelter of the bothy, wash it down with a mug of hot tea then write up our story in the Bothy log book. 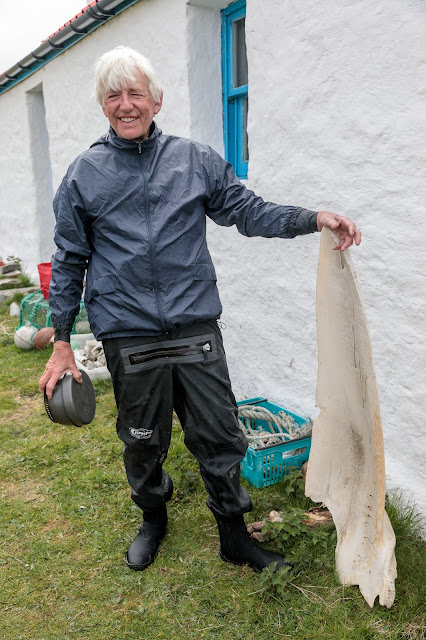 After we had warmed up and cleaned the bothy, we went out for a little explore. David was most taken with this whale jaw bone... 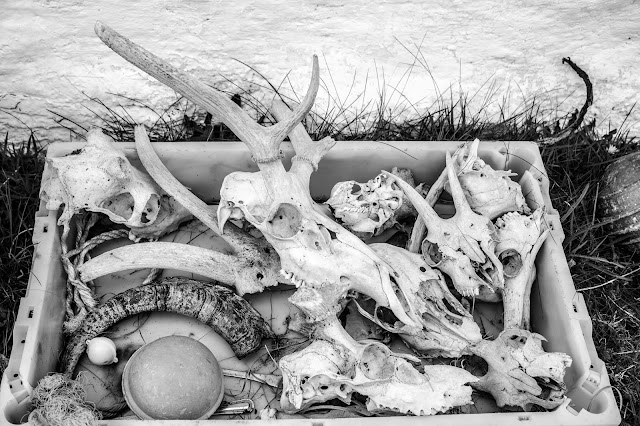 ...but not even his veterinary skills could resuscitate any of the patients in this box. Glengarrisdale has a long history of bones and skulls. It used to be called... 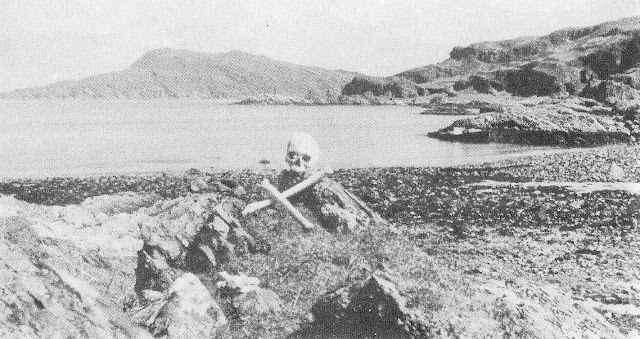 ...Maclean's Skull Bay. A gruesome skull and femurs sat on a rock at the edge of the bay for many years. They disappeared in the 1970's. The skull had a "sword" cut in it and allegedly belonged to one of the defeated Macleans from a battle in 1647. Modern legend says it was situated in a cave at the east of the bay. However, in John Mercer's book "Hebridean Islands, Colonsay, Gigha, Jura" published in 1974, the above photo shows the sad relics on a rock at the west end of the bay. Their current whereabouts are unknown. 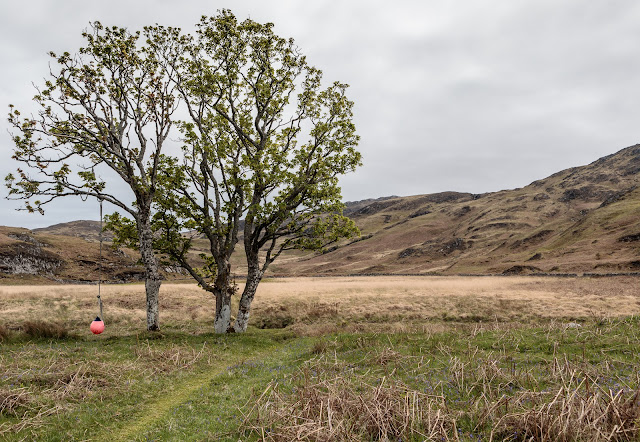 Glengarrisdale was a Maclean stronghold in the mid 17th century. Their stone built fortification, Aros Castle, no longer remains but its site is marked by an isolated stand of trees not far inland from the bothy. It was here that the Macleans were defeated by their nemesis the clan Campbell. 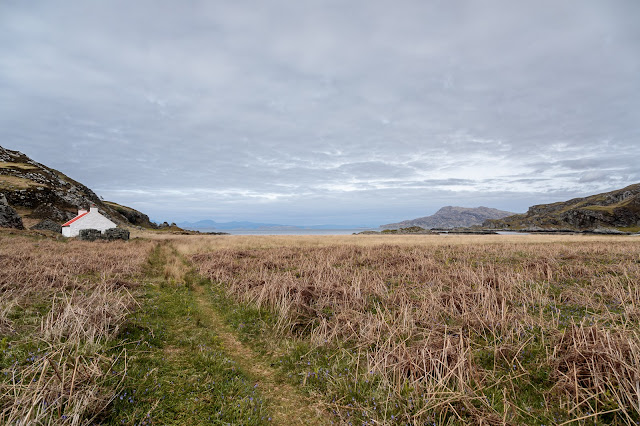 Time had now marched on and we retraced our footsteps to the bothy to collect our things... 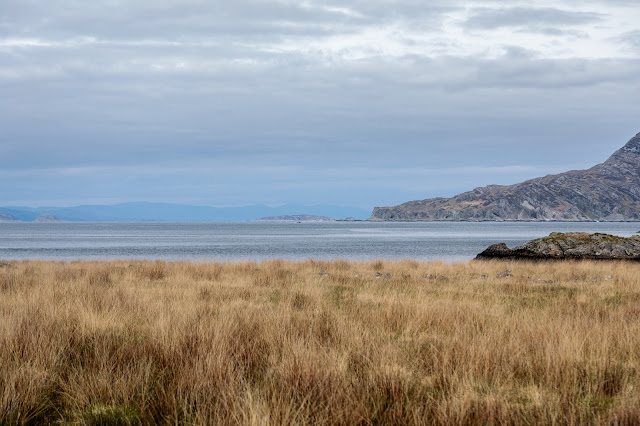 ...and make our way back down to the waiting boats. In the distance the flood tide was still pouring out of the Corryvreckan and I rather hoped that Maurice and Sam did not notice the large tourist RIBS that were buzzing about and regularly disappearing in breaking standing waves. 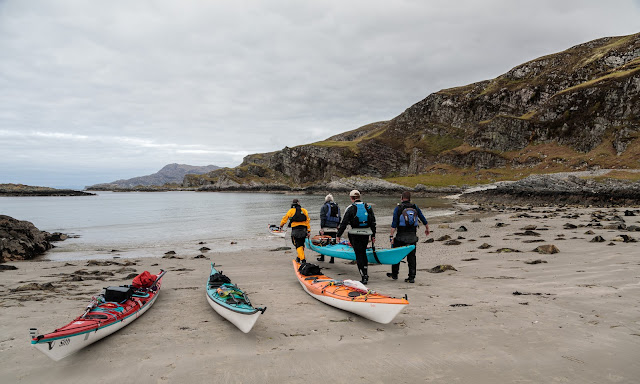 I think Maurice must have seen the white water in the Corryvreckan because as we carried the boats the short distance to the water* he asked "What do you think it will be like?"

"What will what be like?" I replied, ever so innocently.

"The Corryvreckan." said Maurice in a very hushed tone.

"Oh, that....it will be flat as a millpond." I said, confidently. I could see Maurice was far from convinced.

Read Ian's account here.
Posted by Douglas Wilcox at 7:23 am No comments: