No restriction on draft at Portavadie Marina. 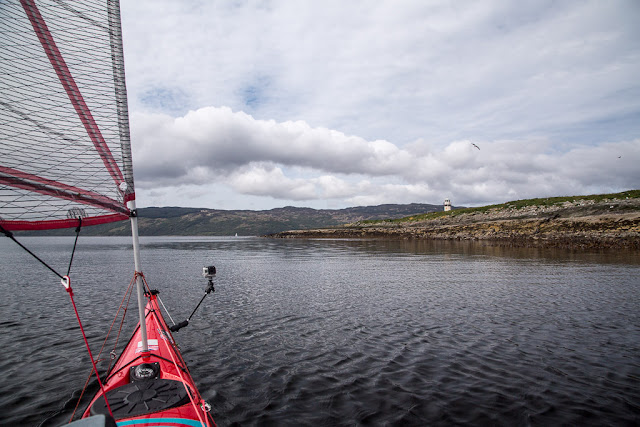 From Asgog Bay, Mike and I took a little detour... 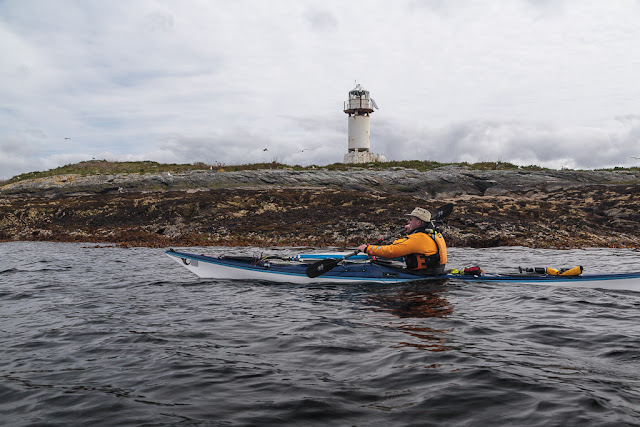 ...round the island of Sgat Mor and its little lighthouse before turning north into the mouth of Loch Fyne, the biggest sea loch in Britain,... 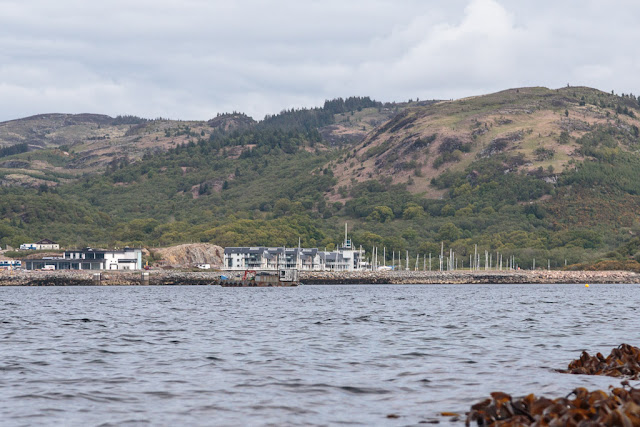 ...towards Portavadie Marina where we had... 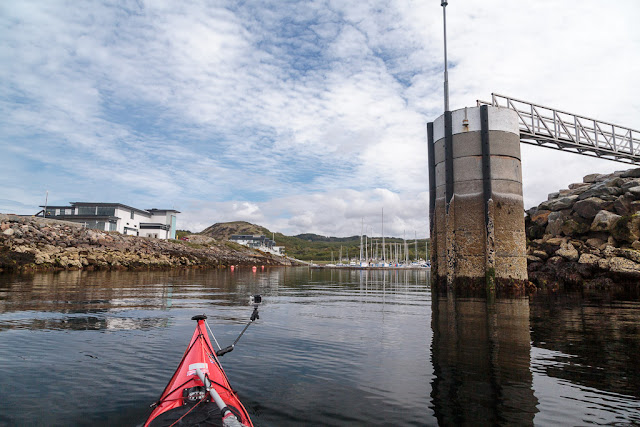 ...booked lunch for 12:30. The marina is the largest man made hole in the World. It was made to construct giant... 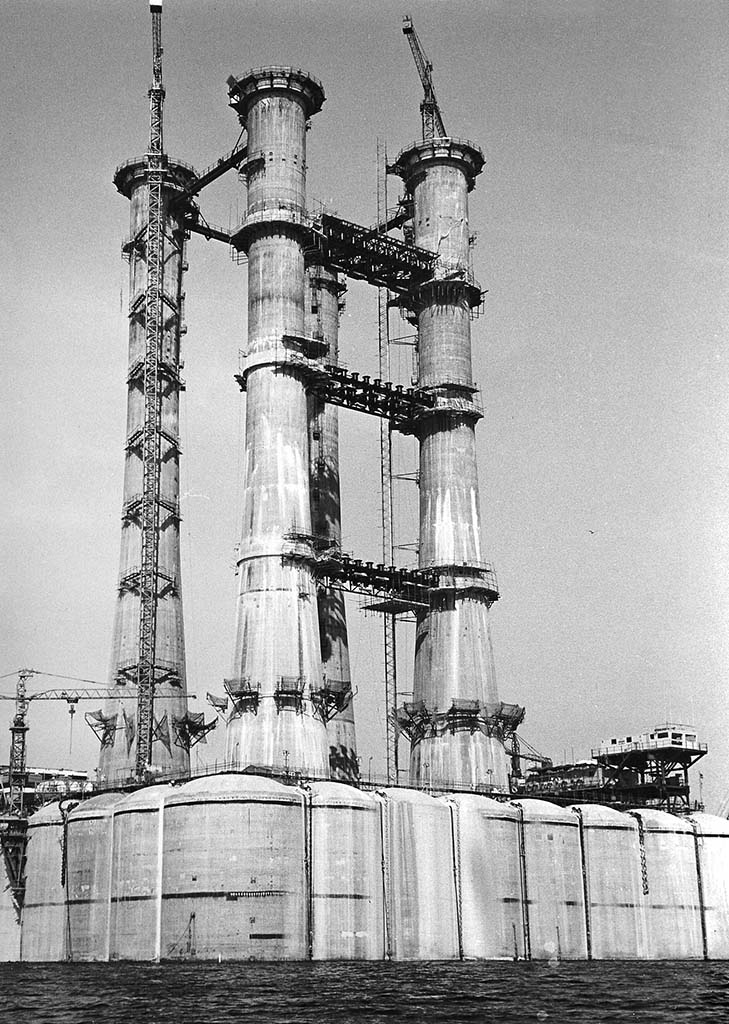 ...concrete oil rigs even bigger than this one at nearby Ardyne, which I photographed when it was near complete in 1977. 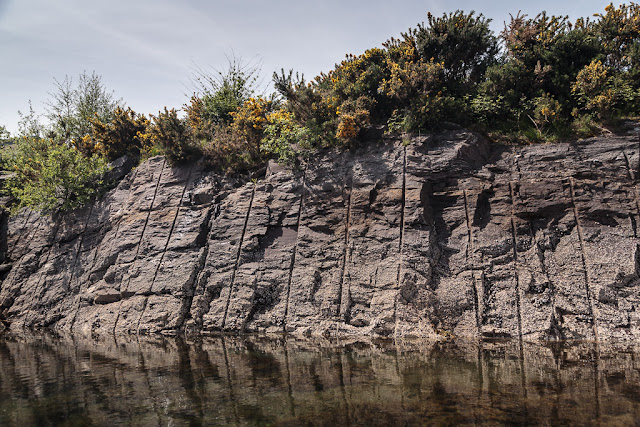 The huge dock cost £14 million to excavate in the late '70s but by the time it was completed the industry had moved on to cheaper steel rigs. Portavadie never built a single rig! For a while it was used by a fish farm but it has been home to the excellent Portavadie Marina for quite a few years now. The hole is so deep that the marina proudly boast "There is no restriction on draft" 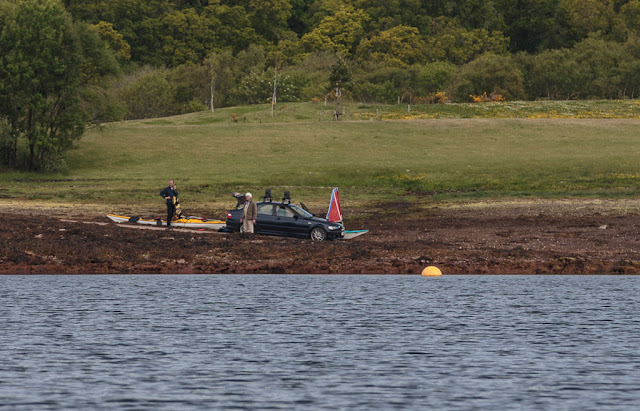 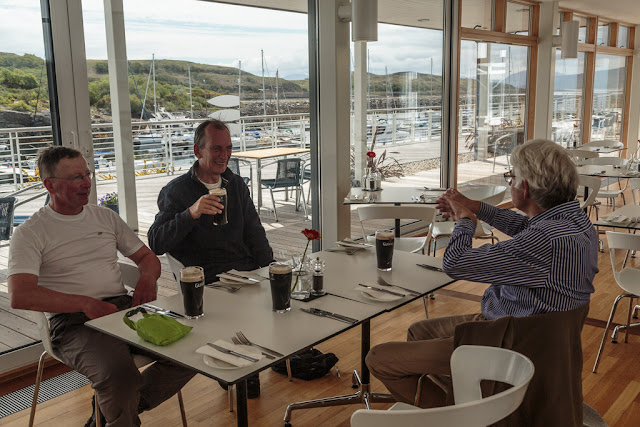 Where better to meet than the Portavadie Marina restaurant and bar? No restriction on draft? We can test that. We'll start with four pints of Guinness please. 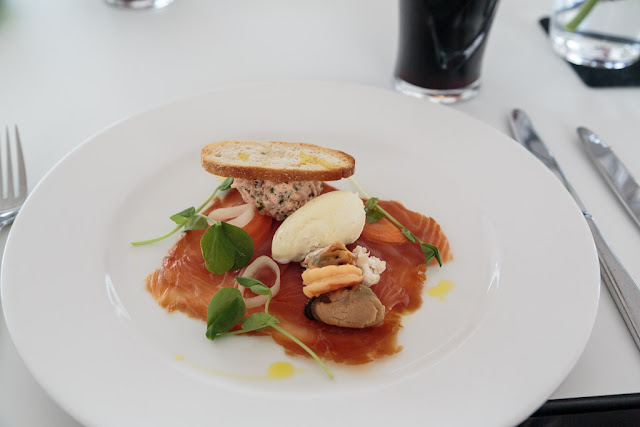 We decided to go for a two course dinner and I started with the Taste of “Argyll Smokery” seafood and shellfish, pickled vegetables, watercress and wasabi cream. Service was excellent, so what a great second luncheon, highly recommended.Yes, sea kayaking can be a most arduous activity when one can be exposed to great hardships. 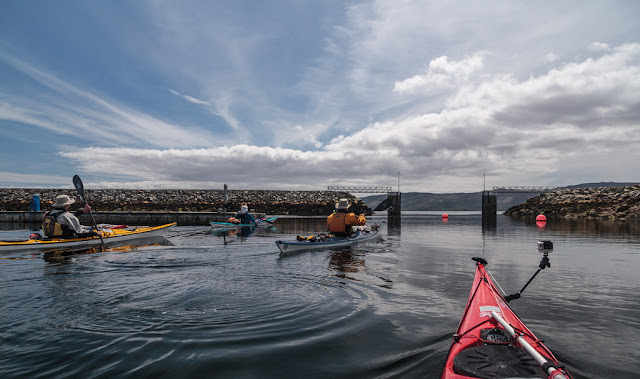 Some considerable time passed before we set off once more on our sea kayaking exploration of Argyll's secret coast.
Posted by Douglas Wilcox at 2:24 pm 4 comments: