And gurly grew the sea 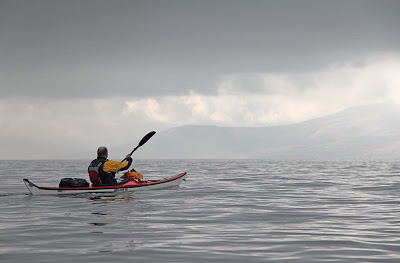 Back in March, we had set off to Arran via the island of Bute. Despite a forecast of a force 5 westerly, we left Bute in a flat calm and a thick fog. Gradually the fog began to lift and we could see our destination, which lies 11km away across the Sound of Bute. 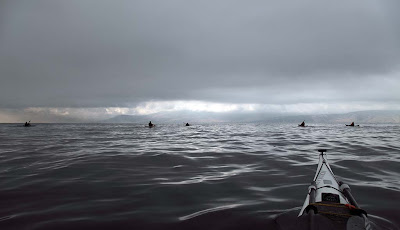 Despite the lack of wind, the sea had an uneasy oiliness. Suddenly, out of nowhere the wind hit. It was just as well we were expecting it. A force 5 wind against a full spring ebb on the Garroch Head tide race makes for interesting conditions. So interesting in fact that the next photo, taken just as the wind hit us, was the last until we got into the lee of the Cock of Arran. 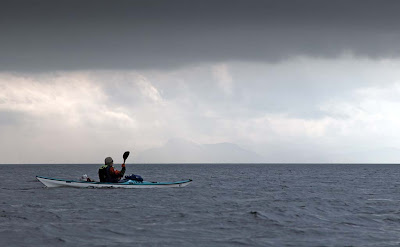 They had not sailed a league, a league,
A league but barely three,
When the lift grew dark, and the wind blew loud,
And gurly grew the sea.

The Ballad of Sir Patrick Spens