A lone watcher on the cliffs and a horrid murder. 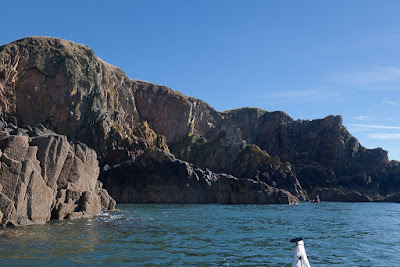 From Dove Cave we allowed the flood tide to propel us along an incredibly convoluted coast of upended greywacke strata. 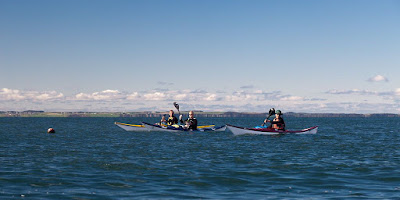 The contrast with the open expanse of Wigtown Bay could not have been greater. 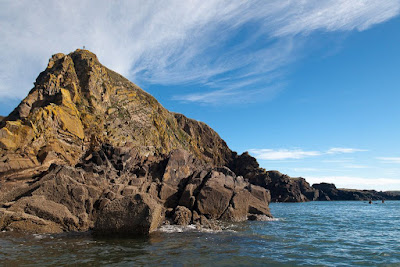 Near Borness Point we saw a lone figure who watched or progress along this apparently wild coast. Up on the cliff tops all is not so wild, it is a golf course! 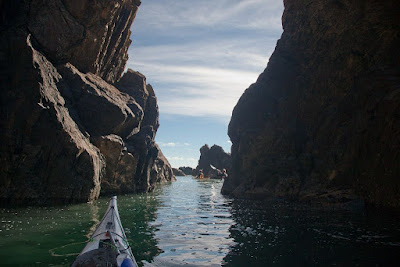 There was superb rock hopping as we weaved through narrow channels at the base of the cliffs. 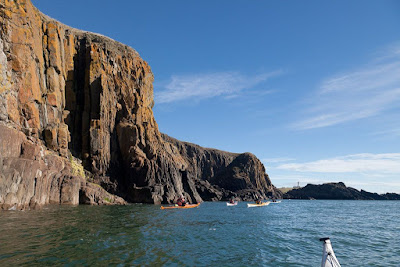 To the east of Brighouse Bay the cliffs were covered in beautiful golden lichen but our attention was caught... 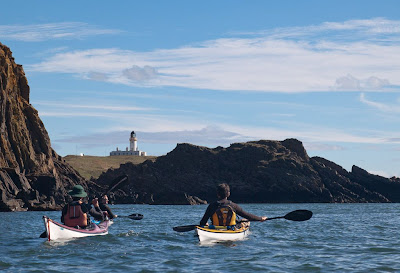 ...by the Little Ross lighthouse, which appeared through a gap in the rocks. 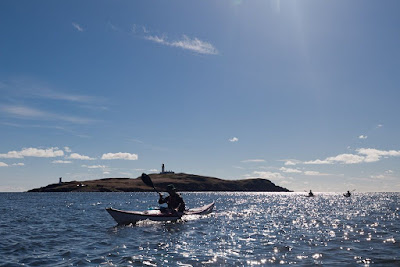 The lighthouse is actually situated on an island that sits in the mouth of Kirkudbright Bay. The Little Ross light was built by Alan Stevenson in 1843. The light flashes white every 5 seconds. In 1960 there were two keepers on the island and one murdered the other. This link is an incredible first hand account by David Collin, one of the local people who found the keeper's body.

We had made such good progress along the coast that we now decided to see if we could paddle up to Kirkcudbright or fish and chips. The tide however was about to turn...
Posted by Douglas Wilcox at 8:45 am No comments: