"Bru'd in Carradale from girders" 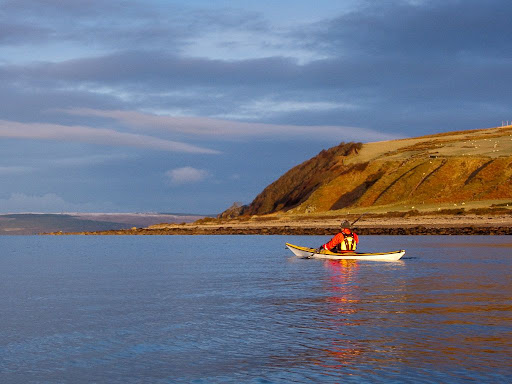 We paddled past Dougarie Point on Arran's west coast on towards the distant Kintyre peninsula. There is a raised beach round most of the circumference of Arran and it is upon this that the main road round the island and much of the habitation has been built. 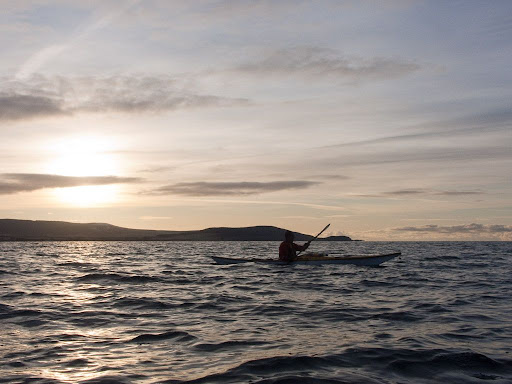 We set off in beautiful sunshine but a chill northerly wind... 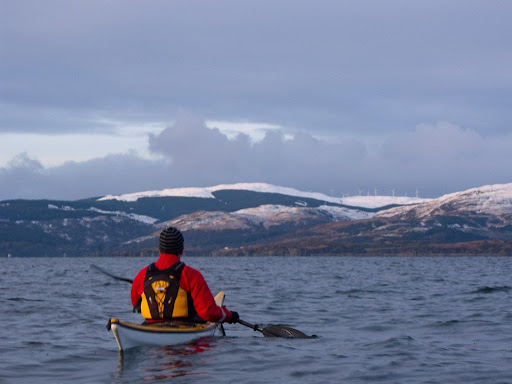 ... brought in a front as we crossed the Kilbrannan Sound and approached Kintyre. 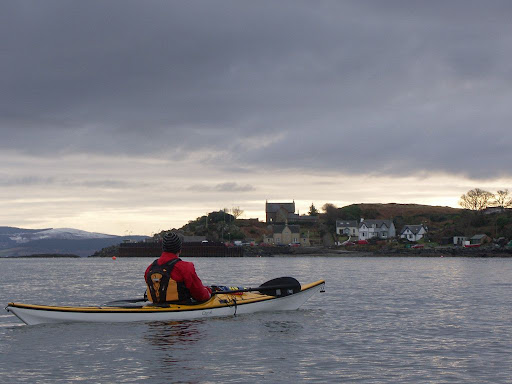 We made landfall at the little village of Carradale. I had a a lovely welcome to Carradale from a lady on the shore who was feeding sea gulls with New Year scraps. 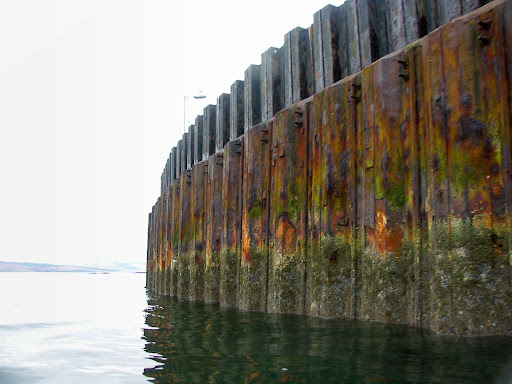 We paddled up to the harbour wall. These steel piles were used to upgrade the old stone pier in 1961 and nearly 50 years of rust has created some really rich colours. An empty Irn-Bru can bobbed nearby. Having missed the local recycling bin, perhaps it was in hope of being refilled with water fortified by these girders. A solitary great northern diver paddled past, completely ignoring the bobbing can.

Inside the harbour there were only two fishing boats, I assume the rest of the prawn fleet was out at sea. Back in the 1960's the fishing fleet would have been tied up, five boats abreast right along the pier. The herring shoals which gave birth to Carradale are long gone and the small fleet now fishes for Norwegian prawns which are just about the only sea life left in the Clyde. "When it's gone, it's gone" as they say in the January sales. 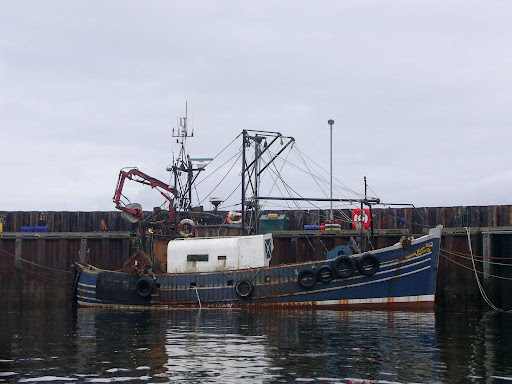 FV Angus Rose III had not joined the rest of the fleet. There was a generator running on board and judging by the hammering going on below, there seems to be some remedial work taking place. Her owner is Duncan "Messiah" McIntosh. She was built in Arbroath in 1969 and is 15.18m long. She is certainly a boat with character, despite being built of wood, her hull was streaked with rust.

Carradale is now a deservedly popular holiday destination. However, when approached from the sea, it does not show its best side. On one side of the harbour wall there is a set of recycling bins. On the other side there is a scrapyard piled high with rusty old iron and with attendant caravan perched precariously on the breakwater with its sewage pipe discharging straight into the sea.

We wonder why Scottish kids litter the streets and harbours with crisp bags and Irn-Bru cans.
Posted by Douglas Wilcox at 5:16 pm No comments: