Resplendent in plum on the pink strands of Coll 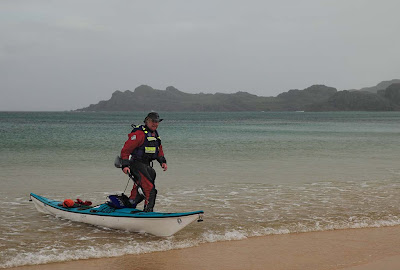 Resplendent in plum (this season's must have shade for the discerning sea kayaker) David added a splash of colour to the grey scene. His emergence onto the sands of Hogh Bay was greeted by the appreciative pipping of the resident oyster-catchers. His outfit in plum proved to be very harmonious with the pleasing pink tinge to the sand in these parts.

The kilometre long strand of Hogh Bay was totally deserted, the only footprints apart from our own... 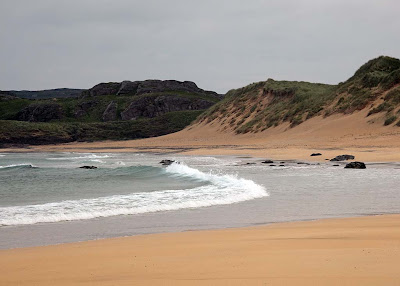 ...were of geese and oyster-catchers. 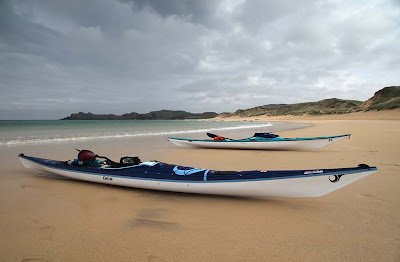 I think the P&H Cetus has really lovely lines. 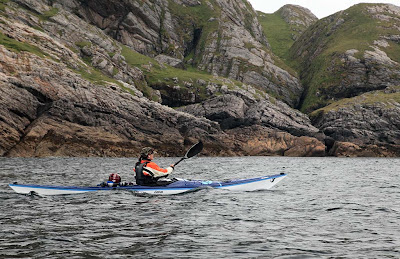 Soon we were paddling past Ben Feall with more headlands of gneiss. 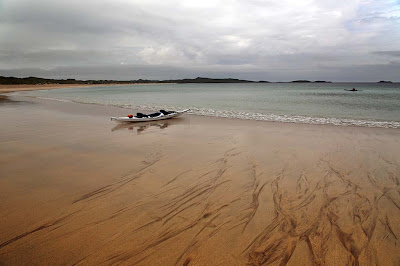 The north facing Feall Bay's sands stretch for 1.5km. It proved to be as crowded as its northerly neighbour. 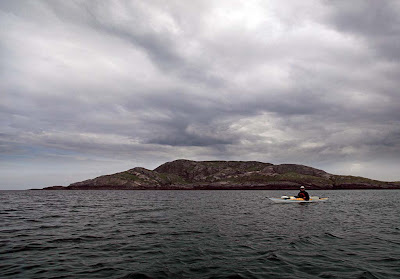 Ben Feall is only 66m high but it adds shelter, character and ruggedness to Coll's amazing strands. 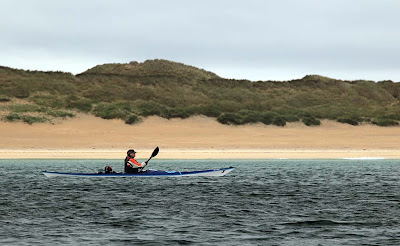 Feall Bay backs onto a dune system that falls to Crossapol Bay, only 340m to the south.