More to see on the Colvend coast 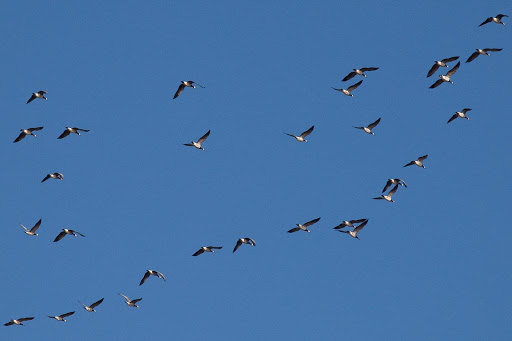 At the Bogle Hole the tide turned and started to ebb. If we wanted to travel east with the Canada geese we needed to leave before the full spring ebb was established. 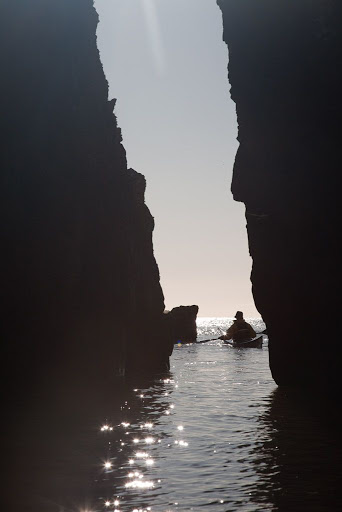 So we slipped out of the recesses of the Bogle Hole and entered the expanse of the Solway beyond. 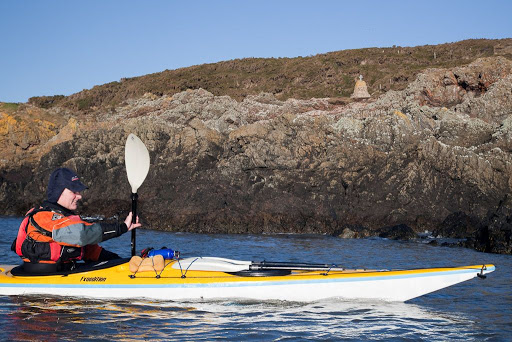 We soon came to the monument to the wreck of the schooner Elbe, which was wrecked near this point in December 1867. A storm had broken her rudder off in a cross offshore gale but Captain George Wilson, his father Captain Samuel Wilson and 5 crew managed to steer her by trimming her sails so that she nearly came into the rocks. With each wave her bowsprit overhung the top of the rocks and in turn all seven men leaped to dry shod safety. The wind then carried the Elbe out into the Solway where she was lost. 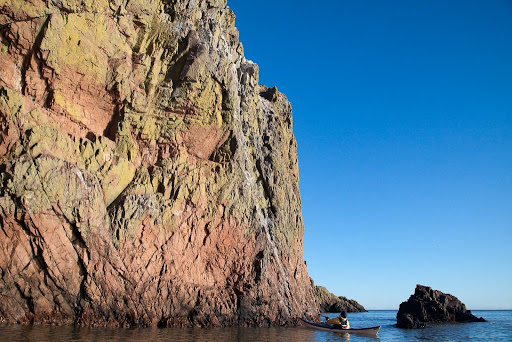 Next we came to the red rock cliffs of the Cow's Snout. 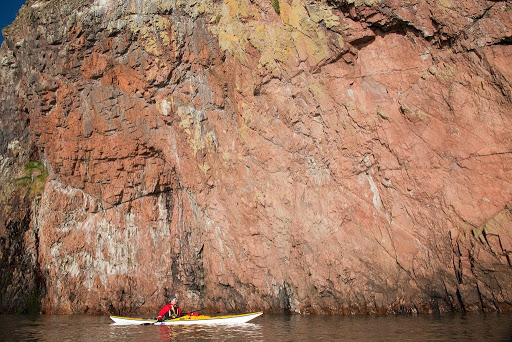 The cliffs tumble straight into the sea but in some gullies you can still see green deposits of malachite which was mined for copper. 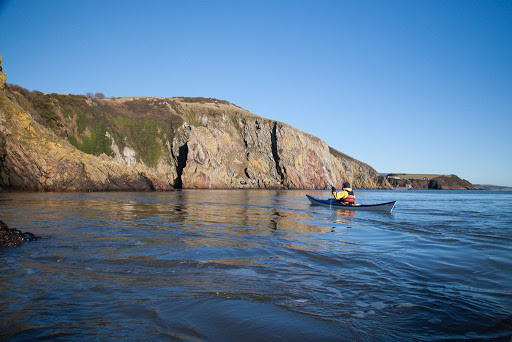 By now the ebb was well established and we had to push on to the next... 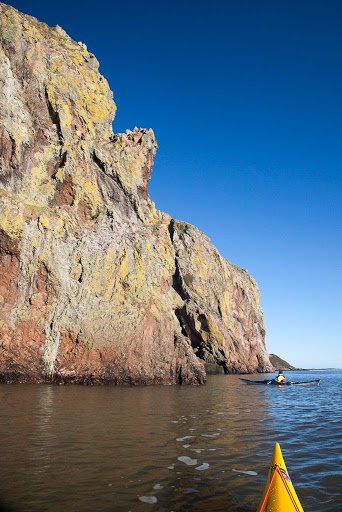