An evening paddle in the lee of Dun. 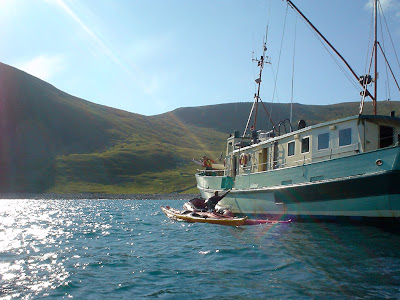 The forecast was not looking promising, the wind was due to increase 5-6 from the NE, imminently. We launched from the Cuma at 6pm... 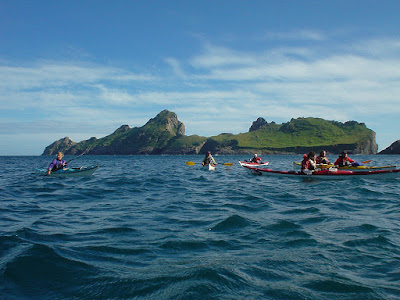 ...and made for the Dun Gap in beautiful evening sunshine. 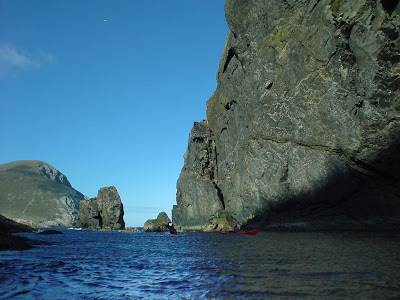 The wind and the tide were whistling through the Dun Gap as I looked back past Giasgeir, in mid channel, to Oisebhal (293m) on Hirta. 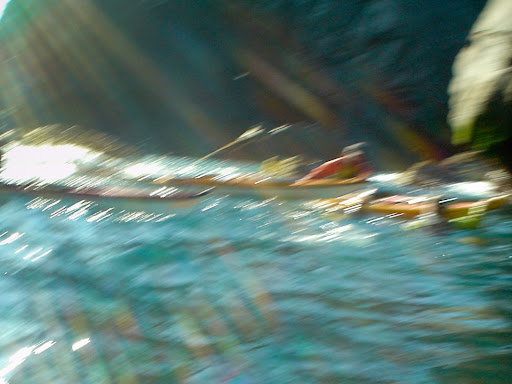 Mostly it was sheltered in the lee of Dun but there were some vicious down draughts round the headlands and one of the party capsized as a rogue swell broke over a skerry. Donald soon performed a rescue but our team mate was wearing a two piece and got bitterly cold, despite being given two extra jackets, hat and gloves. Please excuse the blurred photo, it was a bit bouncy, I was trying to see if I could offer assistance and I was desperately trying to obey director Simon's "Exit stage left" command, as he was filming the whole proceeding! 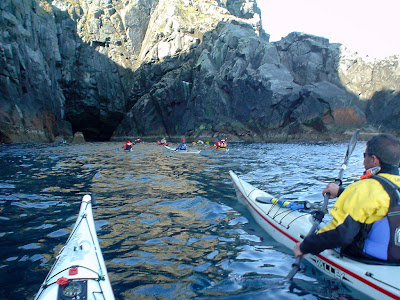 Ian and I felt quite snug in our dry suits. We now paddled into the tunnel... 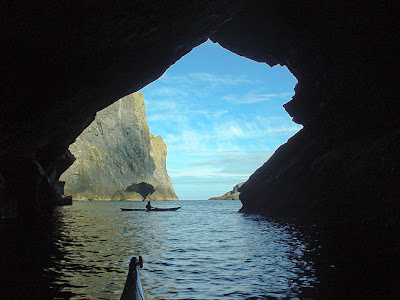 ...that cuts right through An Faing 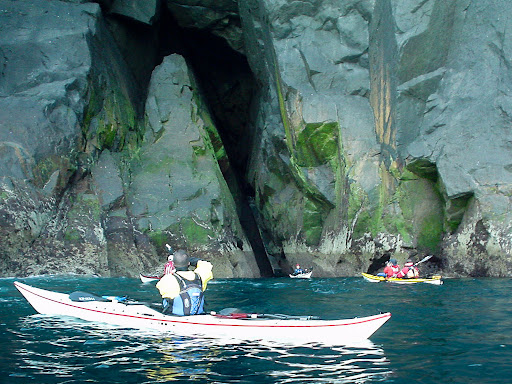 then turned hard right to go through another much smaller tunnel that leads through to the inlet of A'Chlaisir.

Some of the party then entered the cavern that connects right through to the opposite side of Dun at Seilg Geodha. There was too much swell coming through for us but Gordon got right through and back again. It was impressive seeing him being spewed back into the dark cavern on the top of a 2m wall of white water that shot out of the narrow slot! 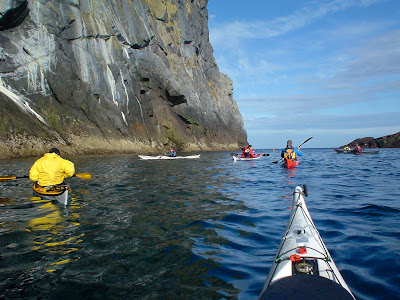 We now continued towards the SE point of Dun... 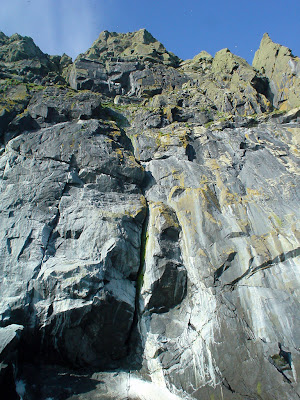 ...under towering and sometimes overhanging cliffs. 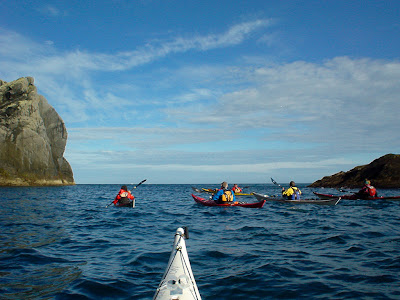 As we approached Giumachsgor we could see the tide race that was sweeping past the point of Dun. Either we could get through the arch or we would need to return by the Dun gap, we would not be going round the point!

We felt the full force of the wind once we were round Giumachsgor. We ferry glided across wind and tide to the SE wall of the arch. I just managed to hold station here. The tide was rushing through against us as was the wind, which was gusting through and lifting the surface off the sea. Gordon paddled forward into the mayhem and managed to get through to the far side. From my position, I could see through the arch into Village Bay, where he turned on the top of a large wave. He then surfed into the arch again and dodged the reef in its middle. It was an incredible demonstration of paddling skill. No one followed him through. Unfortunately the one photo, I risked taking, was of my spray deck, so you will need to wait and see the video from Gordon's deck mounted cam. I am sure this will make it into the final version of the second "Sea kayaking with Gordon Brown" DVD, which Simon is currently editing. 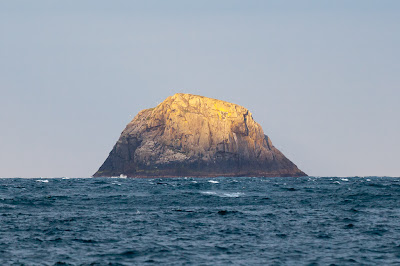 We returned to Hirta through a very windy Dun Gap. The crossing to the pier was quite bumpy as it was exposed to the wind and the swell that had quickly built up. Behind us, the setting sun lit up the top of the outlying stack of Levenish in a warm glow but we were now deep in the shade of the cliffs of Dun and Hirta. We securely tied our kayaks to the pier railings then Gary ferried us in the RIB back to the Cuma. We enjoyed a well deserved meal at the end of a fantastic day and went to bed early. It was a disturbed night as the Cuma rocked uneasily in the swell, her timbers creaked and the wind whistled through her rigging. 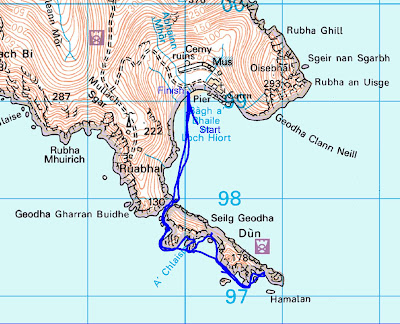