Seals and boats on the east coast of Inchmarnock. 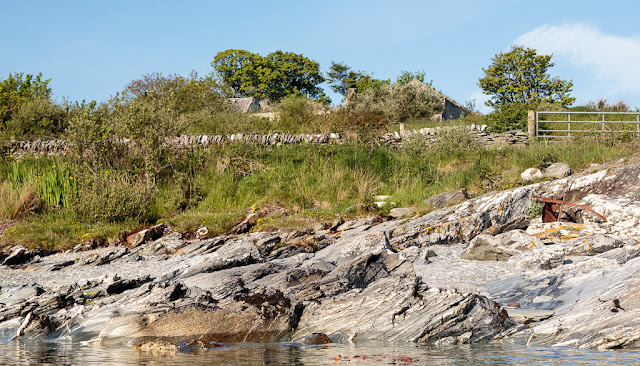 As we paddled up the east coast of Inchmarnock we came to the abandoned farm at Midpark. 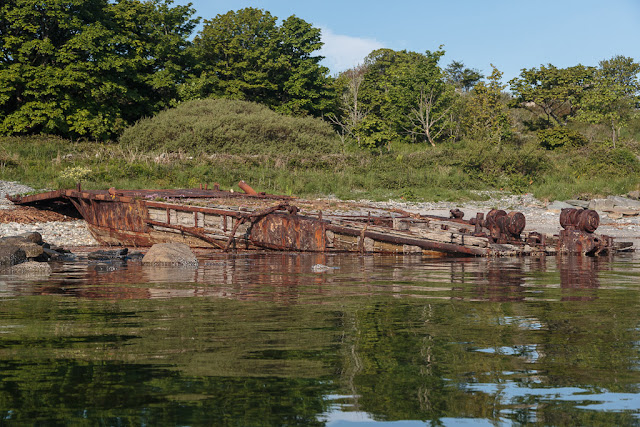 On the shore below Midpark lie the sad remains of the wooden ferry MV Dhuirnish. The Dhuirnish was built as a turntable ferry in 1956 for J & A Gardner Ltd. who operated the Taynuilt/Bonawe route across Loch Etive until the service closed in 1966. In 1967 the Bute Ferry Co. Ltd. bought her, removed the turntable and fitted a bow ramp. They operated her on the Colintraive/Rhubodach crossing in the Kyles of Bute where she carried six cars at a time. During the Great Storm on the 14th January 1968 she sank at her mooring in Colintraive. She was raised and re-entered.service the following summer. She remained on the crossing until June 1971. By September 1971 she had had two further owners but it is not known how she ended up on Inchmarnock. 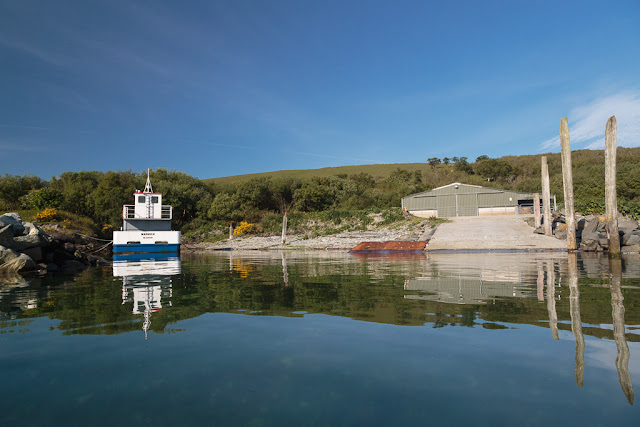 Further north we came to the modern farm buildings and slipway at  Northpark where the MV Marnock was moored. She was built on Bute in 1999 for the Inchmarnock Estate who... 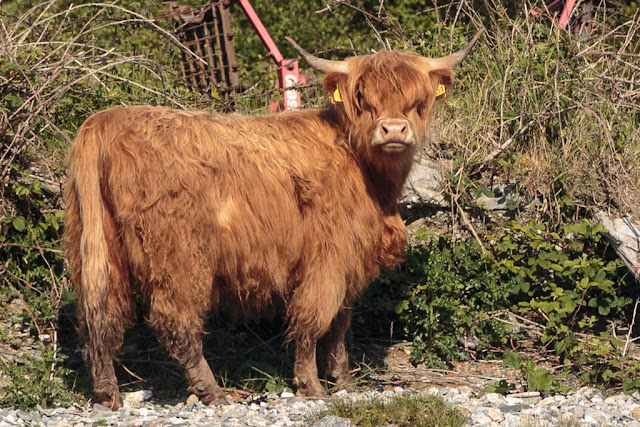 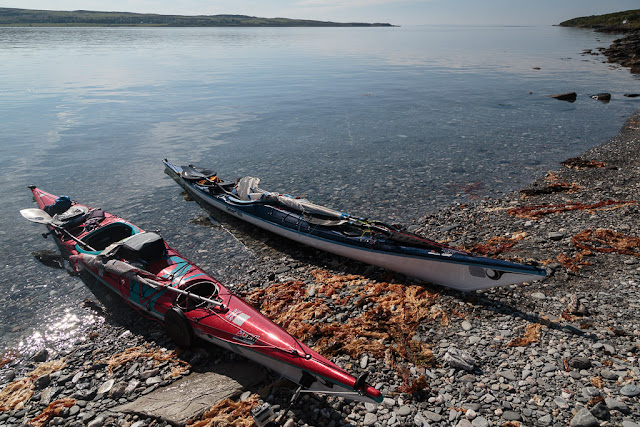 It was now too hot for our dry suits so we landed near the north of Inchmarnock to disrobe. 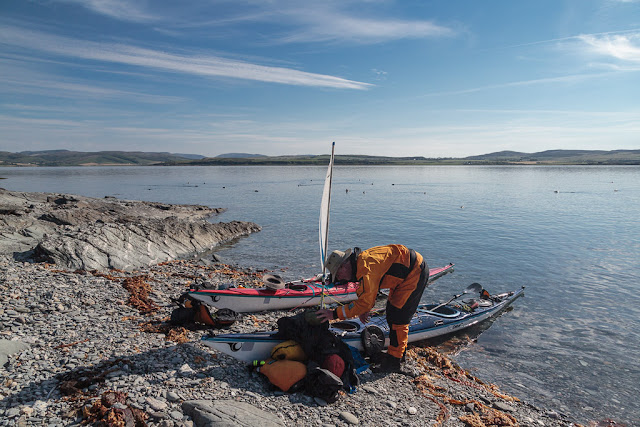 No sooner had we landed than an inquisitive group of about 30 common seals surrounded us. 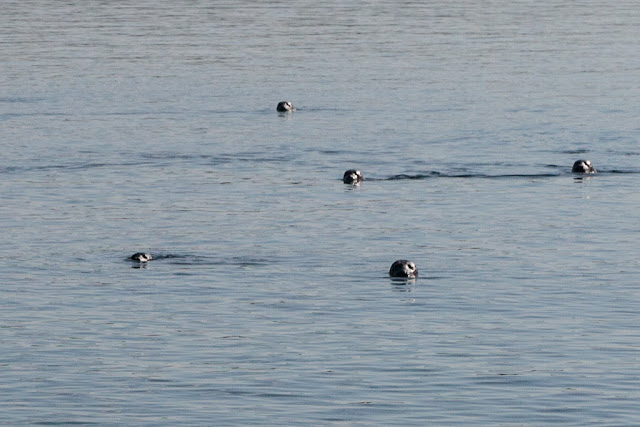 The water looked so inviting that I joined them for a quick swim. 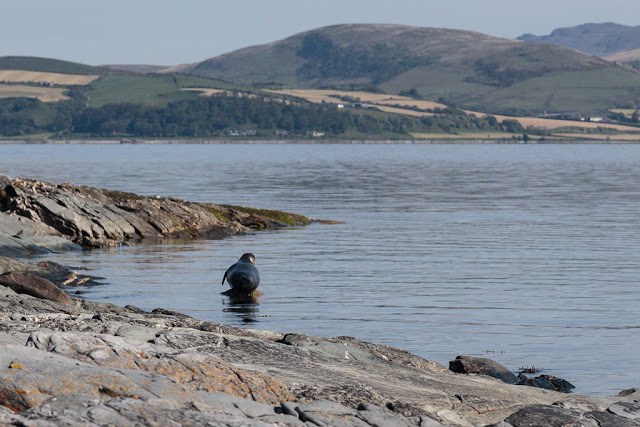 This fellow was not for moving, despite the interest shown by his fellow members of  the Welcome to Inchmarnock committee. 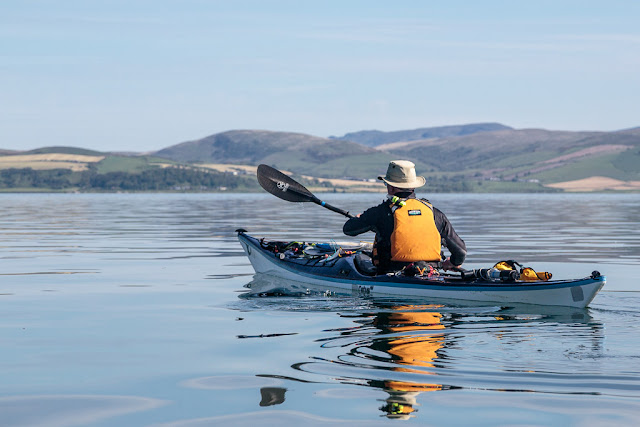 Feeling much cooler we  continued on our way towards... 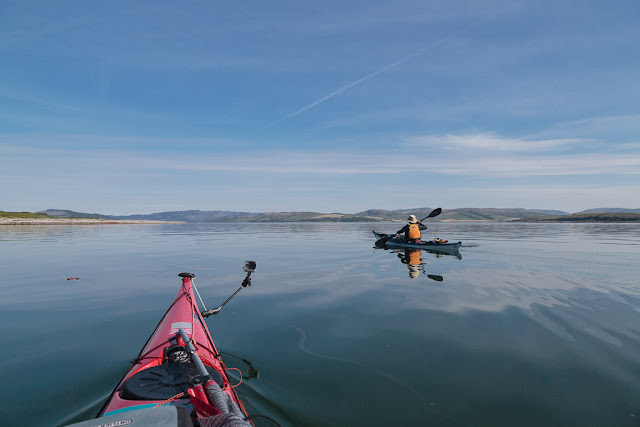 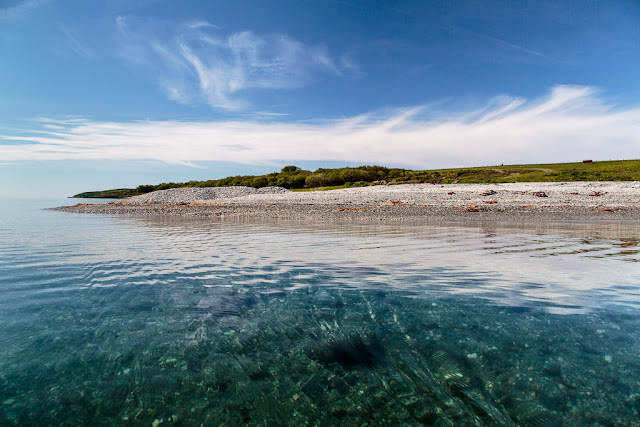 ...a large rocky spit  makes a good place to land to explore the north of the island. It was near here where the stone cist containing the 4,000 year old remains of the "Queen of the Inch" were found.
Posted by Douglas Wilcox at 1:05 pm No comments: