All afloat on Brodick Bay

My next series of posts will record of our adventures paddling round Arran over a period of five glorious days at the end of March. For reasons too complicated to explain, the party on day one was not the same as on days 2 to 5! 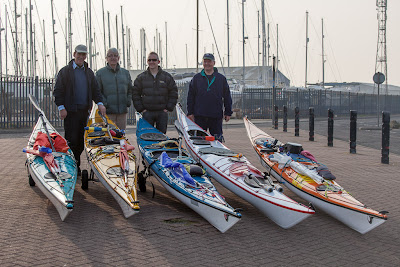 Phil David, Tony, Andrew and I convened at the... 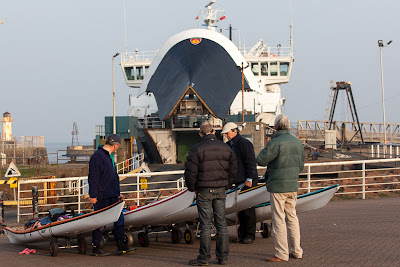 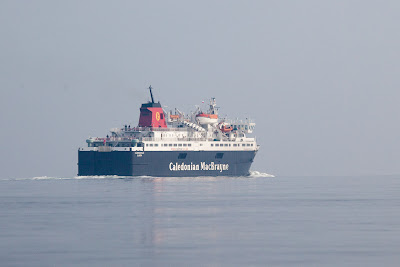 After the full trucker's breakfast we disembarked at Brodick and watched as the Caledonian Isles quickly disappeared into the mist. 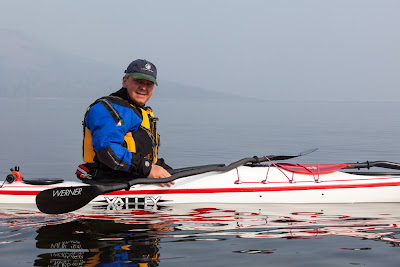 Andrew will shortly be sitting his 3* and wanted to get some experience of open crossings. Today would be ideal. We would be doing two crossings of about 10km on our way back to Ayrshire via Bute. The mist would also mean that we would be setting off into a featureless horizon with no sign of the other side until about two thirds of the way across. The spring tides would add to the mix! 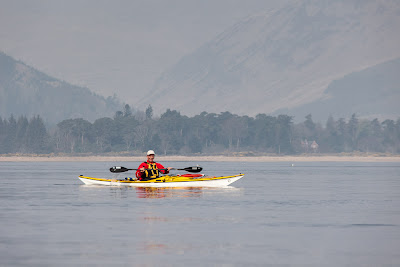 Phil was beaming from ear to ear as we set off across Brodick Bay. 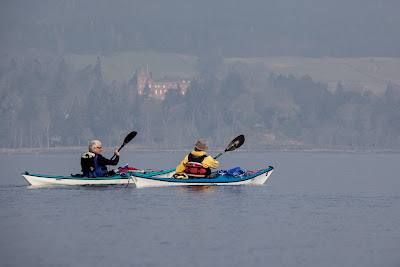 Tony hasn't been out for a while and was catching up with several episodes of David's stories! 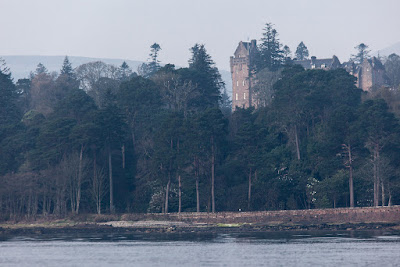 Brodick Castle was just visible through the haze and the Scots pines that now surround it.
Posted by Douglas Wilcox at 8:42 am No comments: