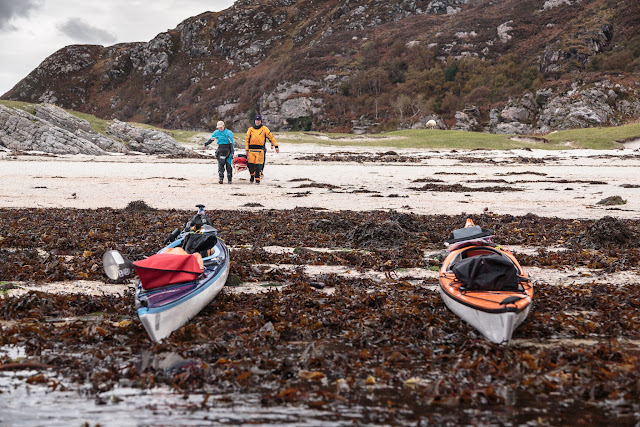 As we carried the boats to the water's edge, low grey clouds were streaming from the summits of hidden mountains to to our east. 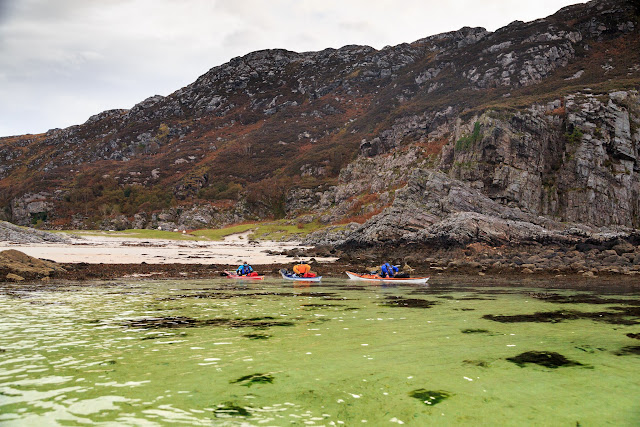 Under the grey skies the shallow water appeared an almost luminous green that matched the green of the machair we had just left. Although the clouds were scudding over head we... 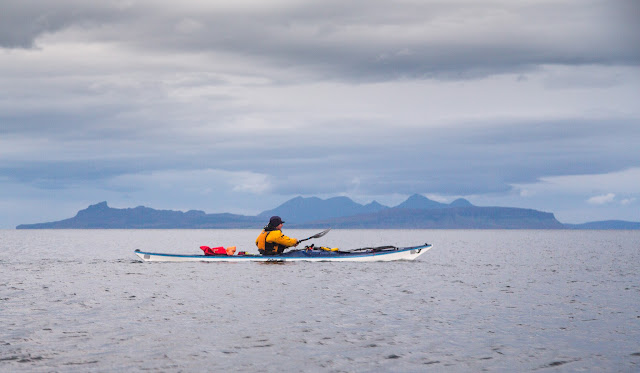 ...were paddling in the lee of the cliffs until... 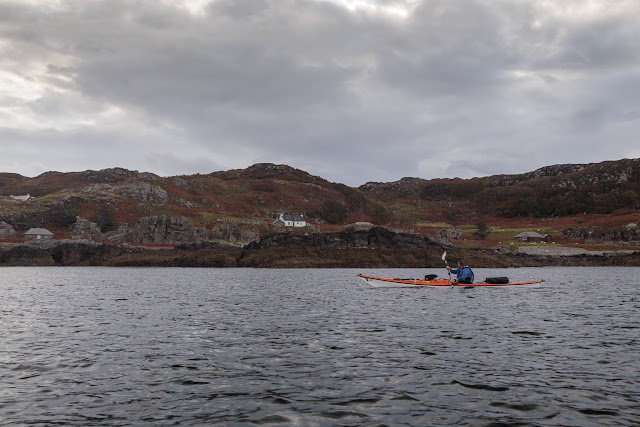 ...we passed the ancient crofting township of Smirisary. "Spade among the rushes" is an evocative book by Margaret Leigh. It describes her hardships trying to recover an abandoned croft here after WW2 as she tried to make a living to support herself and her mother. 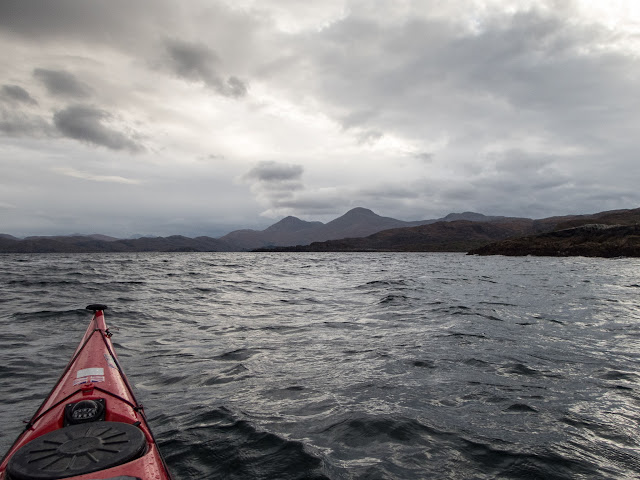 Once past Smirisary our bows began to turn east into the Sound of Arisaig and the wind picked up. 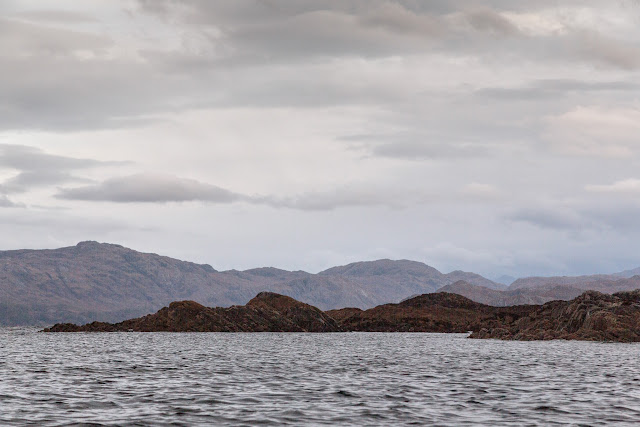 We got a little respite as we passed close under Rubha Ghead a' Leighe but... 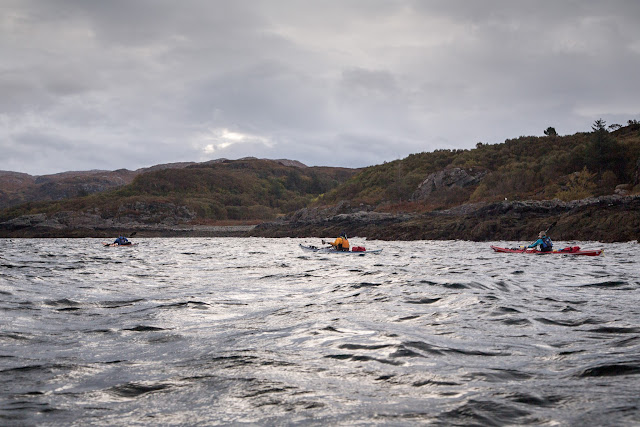 ...then it was heads down as the easterly wind funnelled out of the Sound of Arisaig. 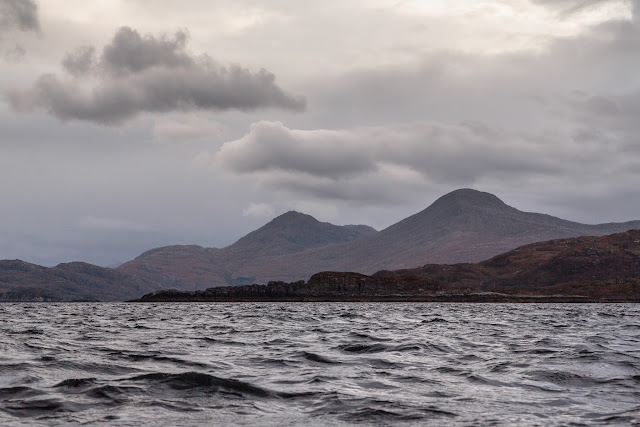 It was a cold, fitful wind and I could only snatch photos in the short lulls. My hands were numb with the cold and at one point I nearly dropped my camera trying to get a photo of the clouds streaming of the summit of Rois-Bheinn (878m). 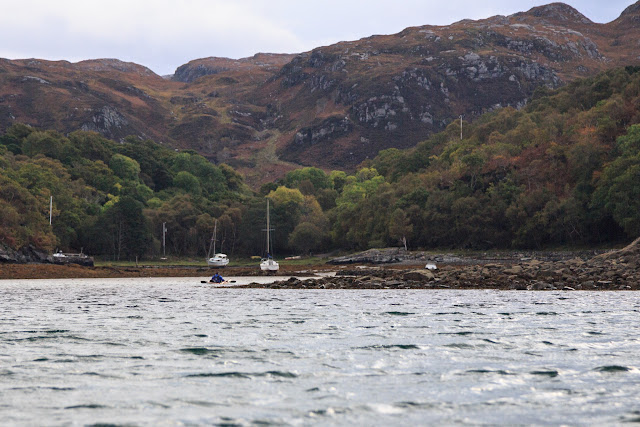 Then we arrived in the shelter of Salalaman Bay just as a... 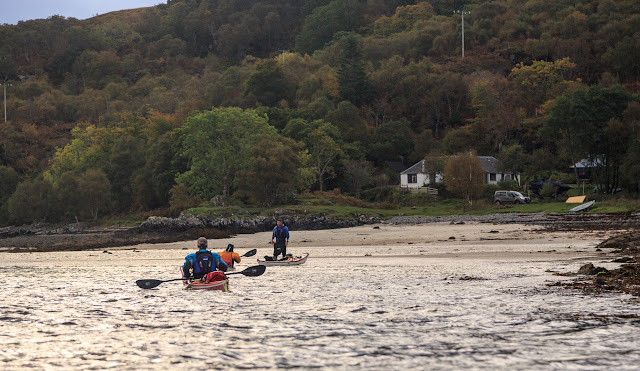 ...blink of sun provided a moment's warmth before the rain started. It was here where we had left our shuttle car and our journey through and round the lands of Moidart came to an end. 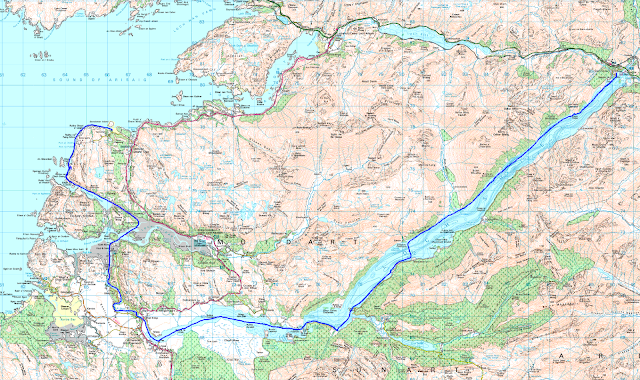 On our previous trip we had left the shuttle car at the head of Loch Ailort. I am glad the weather forecast had accurately predicted the strong easterly!
Posted by Douglas Wilcox at 8:18 am 6 comments: