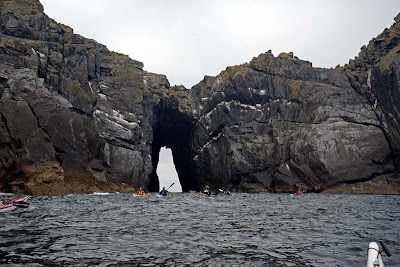 We approached the great arch of Dun from the SW. 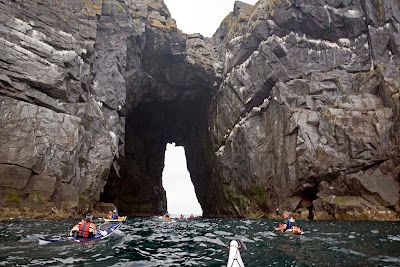 We were soon dwarfed by the sheer scale of the place and the tide was running out against us like a salty river. 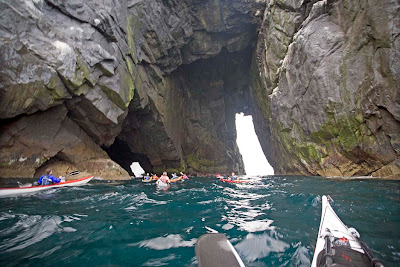 Then as we entered the main portal we saw there were two exits to Village Bay. We chose the smaller one. 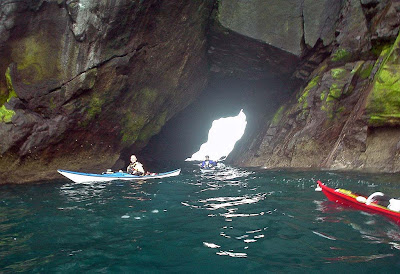 On exiting into the shelter of Village Bay we could have just headed for the Cuma and a hot shower. Instead we turned to the SE and rounded Gob an Duin, the most easterly point on Dun. Sadly I have no photographs as the wind against tide meant the point was quite lively. We then proceed up the coast of Dun and re-entered the SW portal of the great arch. 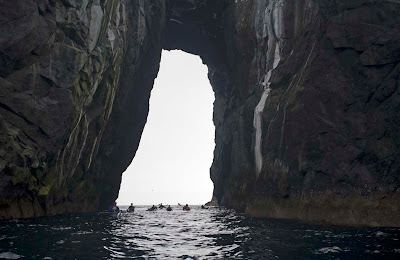 This was looking back through the NE portal as the others came through after me. 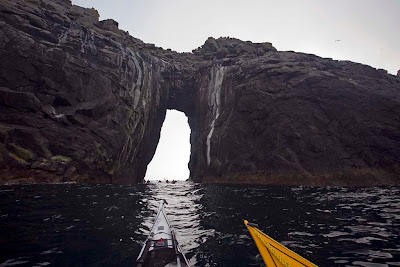 The flow of the tide had built up rather quicklysince our first transit of the arch.... 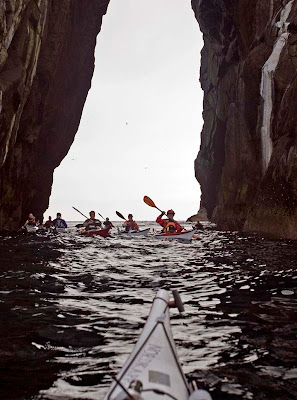 and I was soon rejoining the others inside the arch again.