A national Marine Park for Scotland. 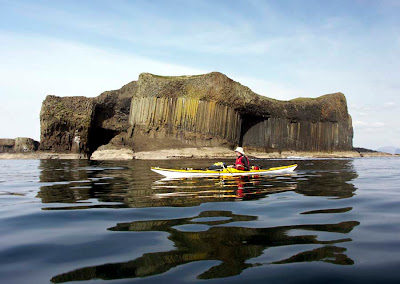 Staffa is an island of volcanic origin with its basalt colums and melodious Fingal's cave, which inspired Mendelssohn to write Hebridean Overture. It is now at the heart of an area proposed for Scotland's first National Marine Park: the Argyll Islands and Coast. 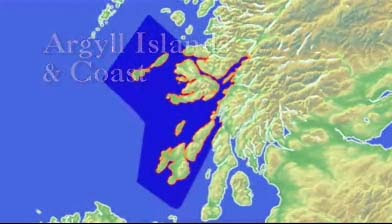 If you ever get stuck in a pub with a a bunch of Scots, and they guess from your accent that you come from elsewhere, they will soon tell you that Scots invented just about anything of importance in the world: modern economics, steam engine, iron ships, anaesthetics, antibiotics, medical ultrasound, telephone, TV, IrnBru and most other things besides, including conservation of wild places. Conservation of wild places? Well The Sierra Club, the world's first environmental protection organisation, was founded in San Fransisco in 1892 by a Scot, John Muir.

Unfortunately Muir's homeland was less receptive to his ideas and the John Muir Trust charity was not established until 1983. Scotland's first National Park, Loch Lomond and the Trossachs National Park, was set up as recently as 2002.

I think Muir would have been disappointed not only by the long delay in its establishment but in the direction it has taken. I stand to be corrected, but many people see it restricting established residents who want to put a dormer window in their roof whilst encouraging big businesses to build golf courses, hotels and timeshares that few locals can afford. While they have been busy doing that they have done nothing but encourage that essential component of any national park: the jet ski. It is hardly surprising then that the Argyll fishermen and crofters are concerned in case a Marine Park is imposed upon them. Ian MacKinnon, a local fisherman, said on BBC Scotland tonight "The local referendum we are seeking is not to block the National Park, it's to make sure that the National Park goes ahead in the right place. A place where the community, who will have to live with it 24 hours a day, 7 days a week, support it." Ian is a born diplomat, what a polite way of saying "get stuffed!"

Don't get me wrong, I am all for a National Marine Park. One that has the interests of the environment, the locals and visitors to the fore. Let's just leave big business, golf courses and time shares out of the equation.
Posted by Douglas Wilcox at 9:18 pm 3 comments: