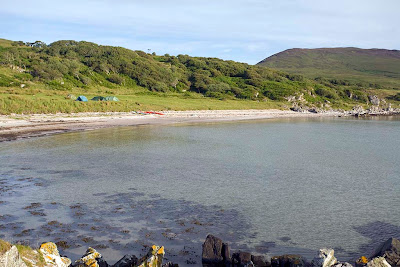 On the second day of our Islay trip we awoke to find ourselves on an idyllic spread of machair above a white shell sand beach. The sun was shining the sky was blue and only a light breeze ruffled the waters of the bay. The only cloud on our horizon was the inshore waters forecast for Mull of Kintyre to Ardnamurchan Point. Winds west 3 to 4 backing SW and increasing 5 to 6 later (after 5pm). 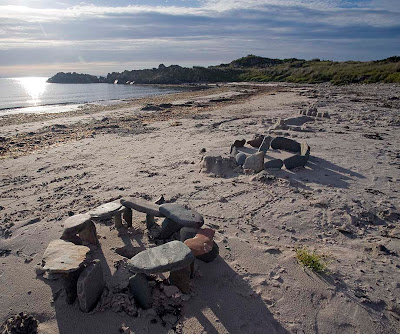 What do you do on a beach but build sand castles? My little plastic spade doubles up as a sheep shit clearer on the camp site! 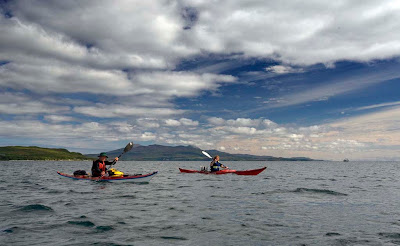 We set off to the south leaving the Sound of Islay and the mountains of Jura behind. 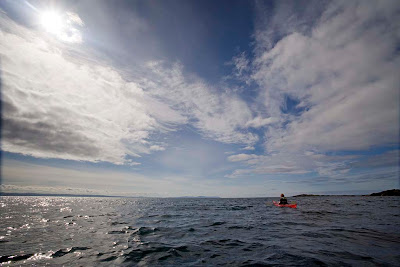 After rounding Ardmore Point we would turn to the SW following Islay's whisky coast! In the distance the Mull of Kintyre could just be seen on the horizon. Little did we know that we would be rounding the Mull within the fortnight! 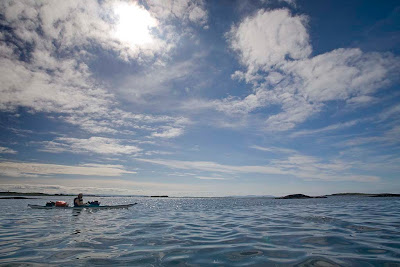 After passing through Caolas Port na Lice we entered an enchanting area of scattered skerries called Plod Sgeirean. In the distance, the Irish hills of Antrim now drew the eye onward.