Eclipsed by the moon and retinal scarring on the Sound of Arisaig. 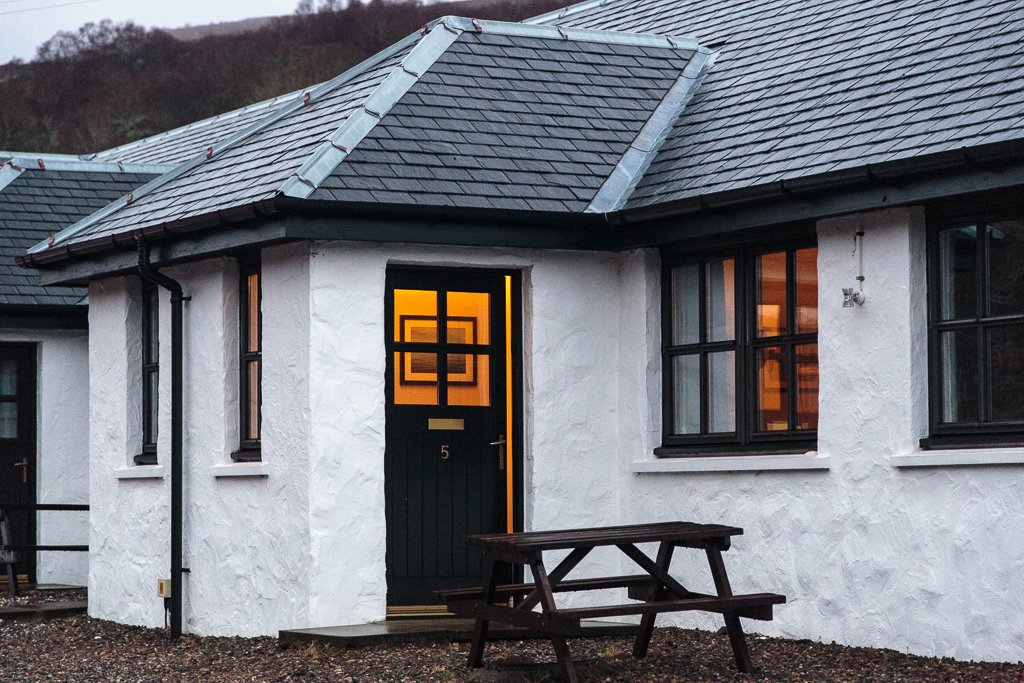 On the third day of our circumnavigation of the lands of Moidart we awoke early after a warm and comfortable night in the Glenuig Inn. 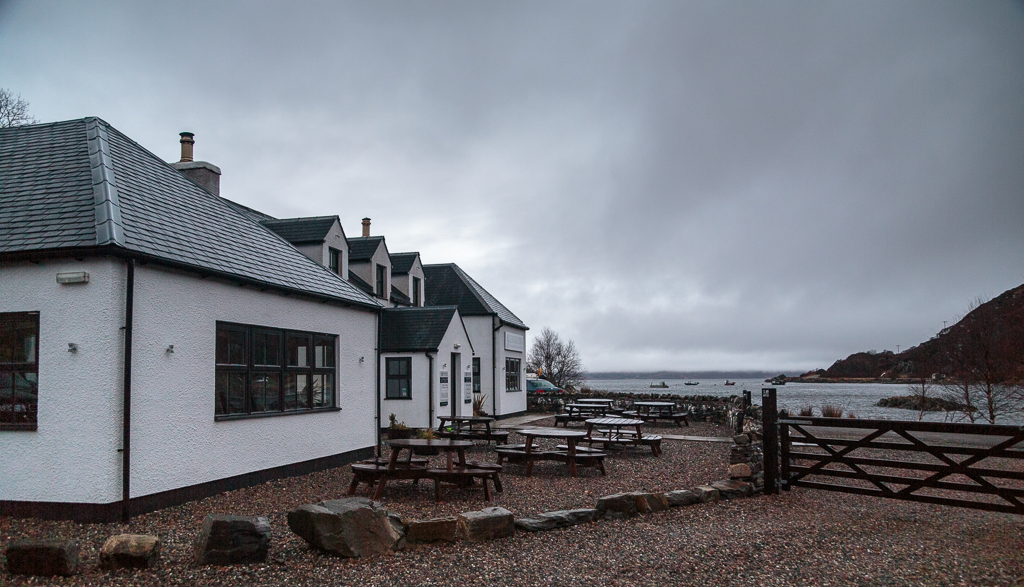 Outside was breezy, grey and cold what had possessed us to have an early breakfast and be... 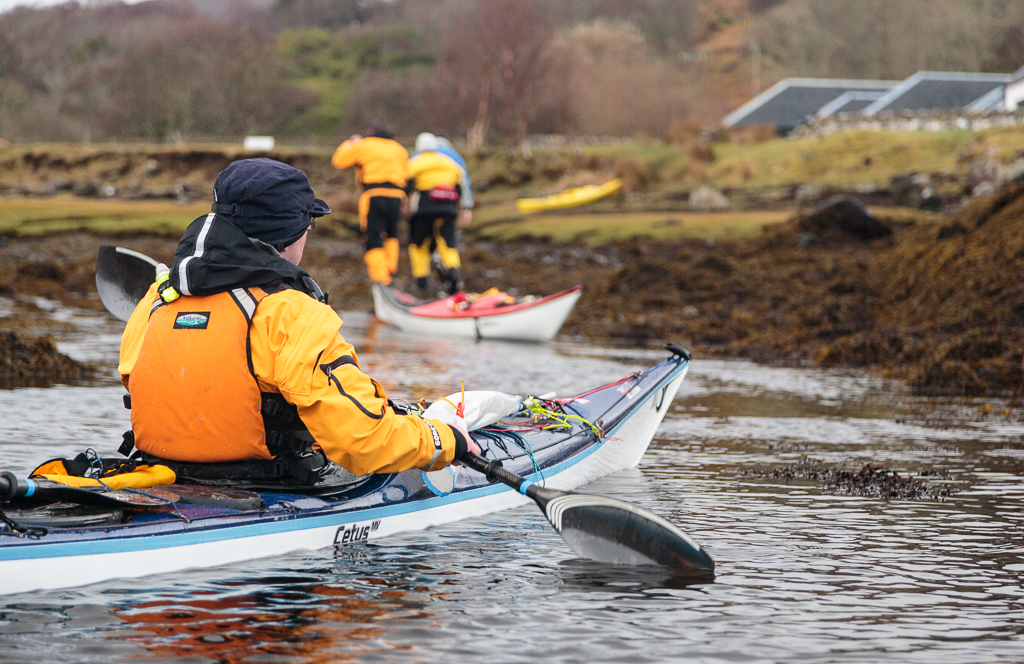 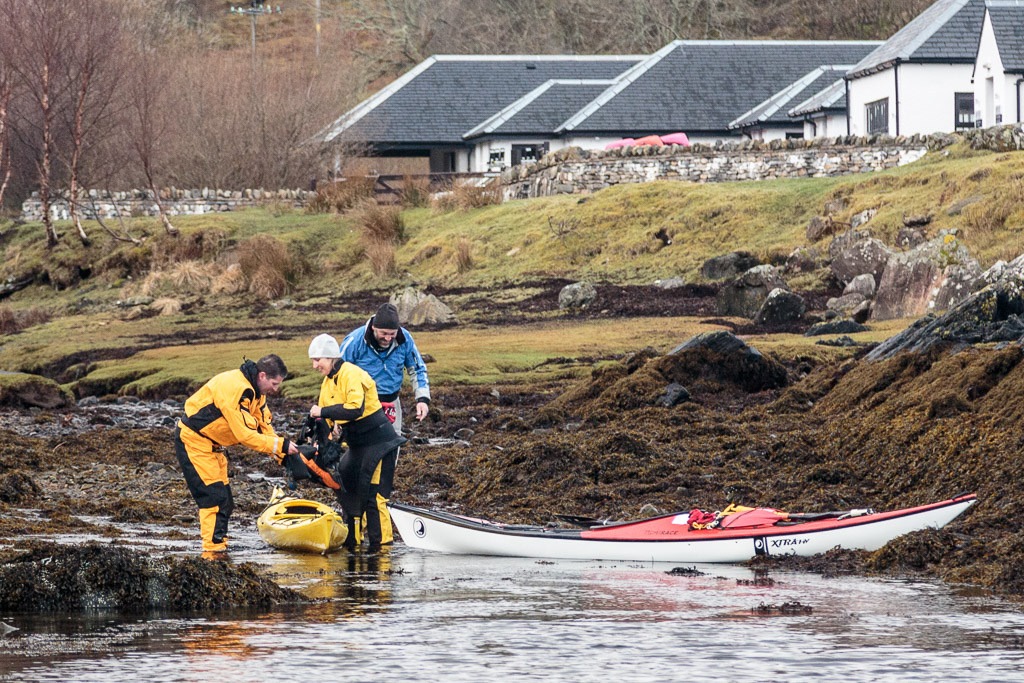 It was not just us. Steve and Chris from the Inn joined us as well! 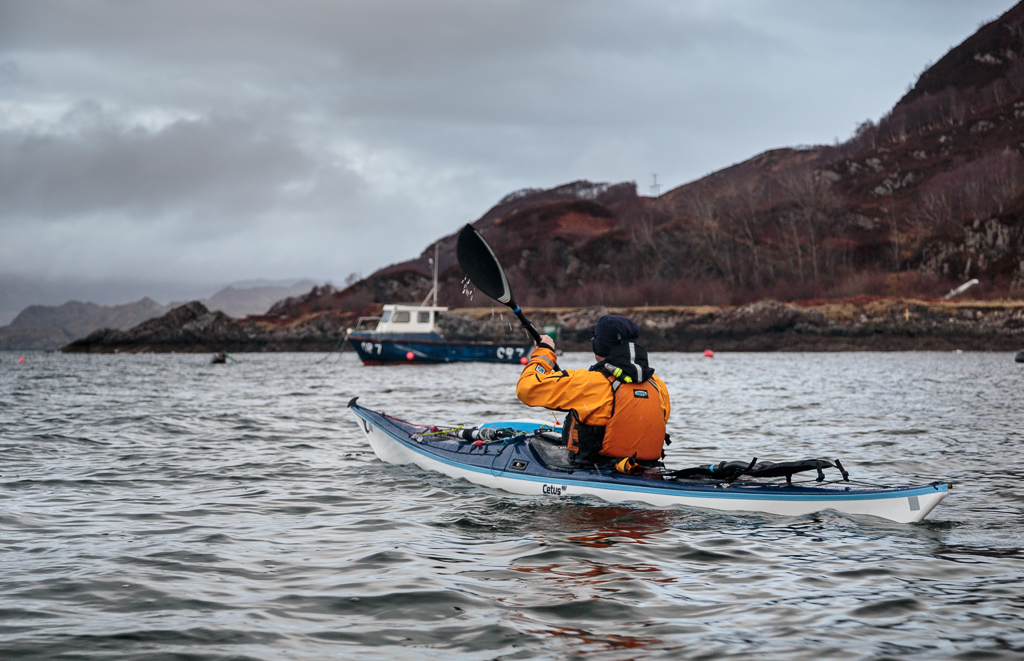 This was the morning of 20th March 2015 when the eclipse of the sun  was expected! We wanted to see it from the water but... 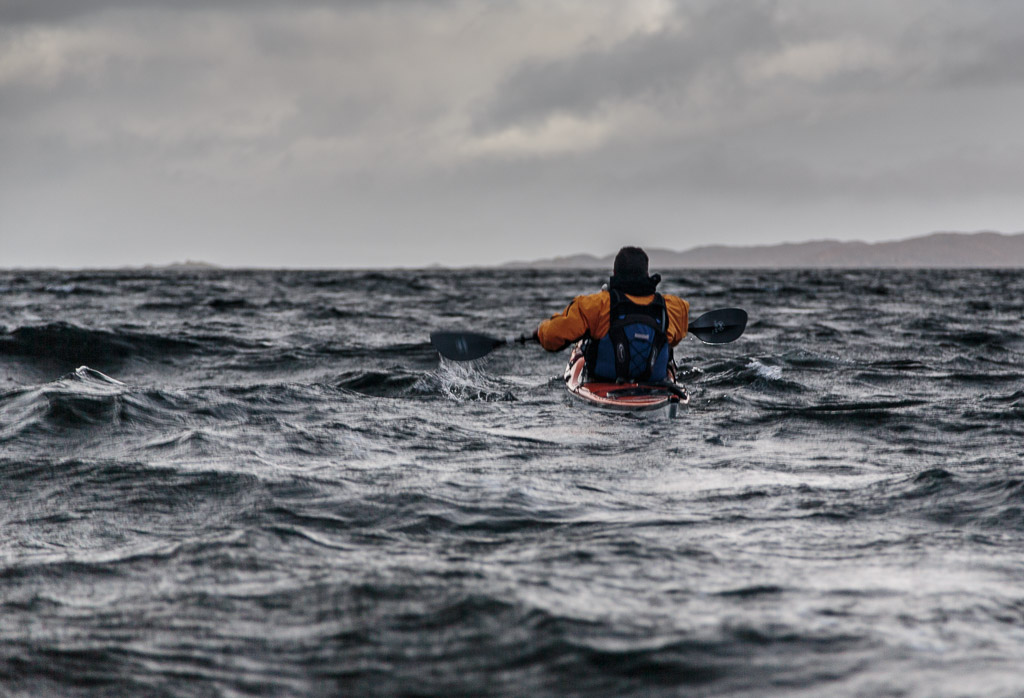 ...things did not look too promising. Using local knowledge Steve suggested paddling straight into the NW wind to get away from the mountain Roshven which was throwing up the clouds. 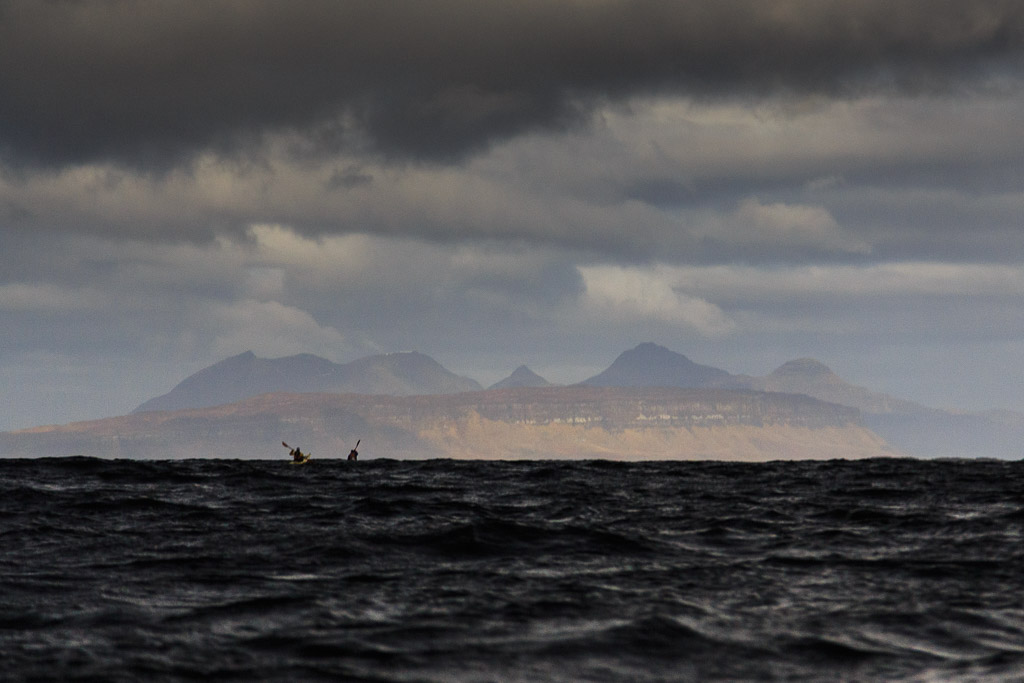 At first this seemed to be a good plan as there was a hint of sunlight ahead on the  hill sides of Eigg. This was taken at 09:28am some 6 minutes before the maximum eclipse at 09:34. 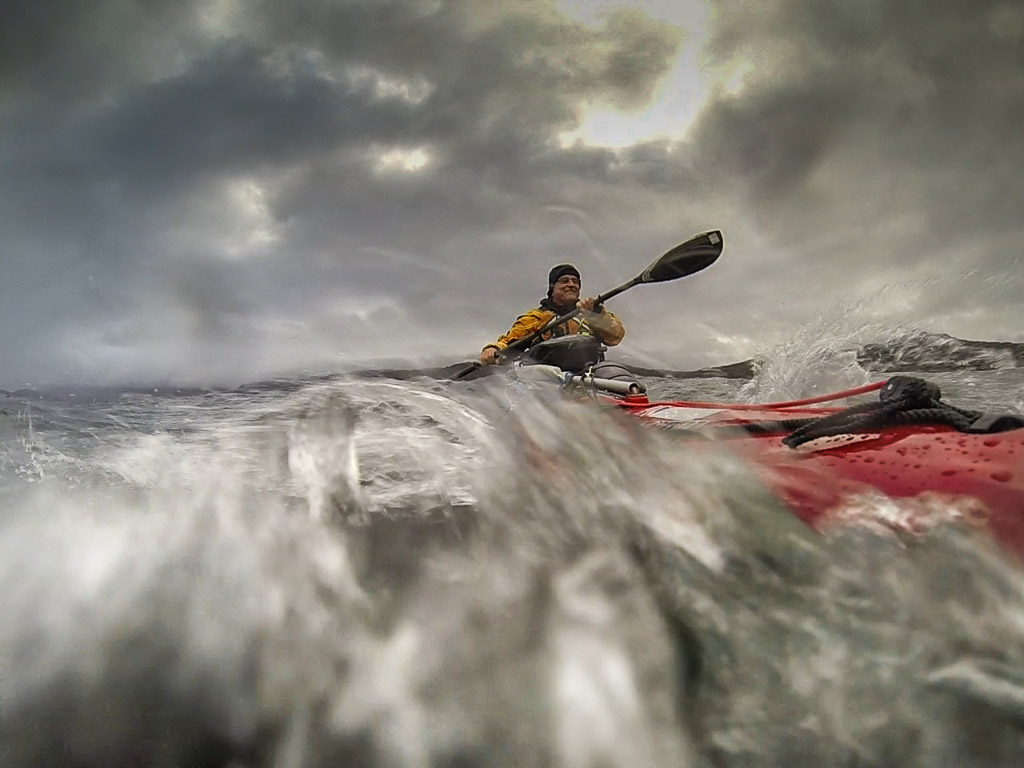 This was taken at 09:34 at the point of maximum eclipse. It was an eerie feeling being on the water when it should have been getting lighter not darker. Note how the slow shutter speed caused by lack of light has blurred the waves and spray. 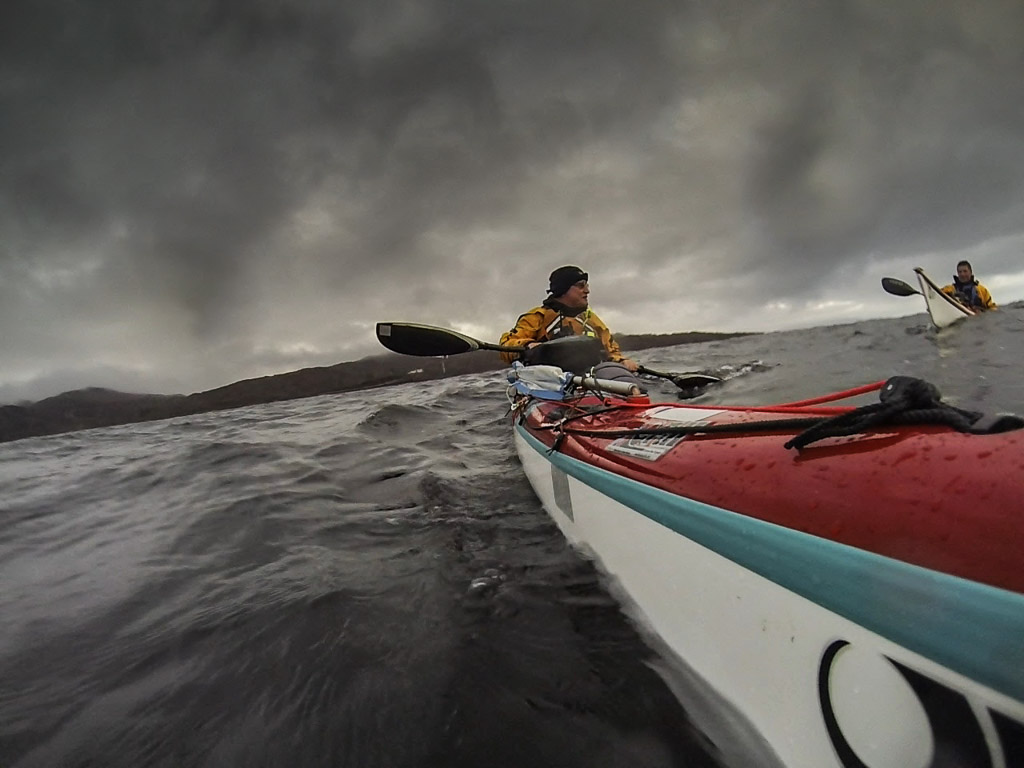 It was at this point that I noticed that there were some hints of brightness back the way we had come. So we turned our bows to face the entrance to loch Ailort and Ian raised Steve on the VHF on our prearranged channel 72 and told him where we were headed. 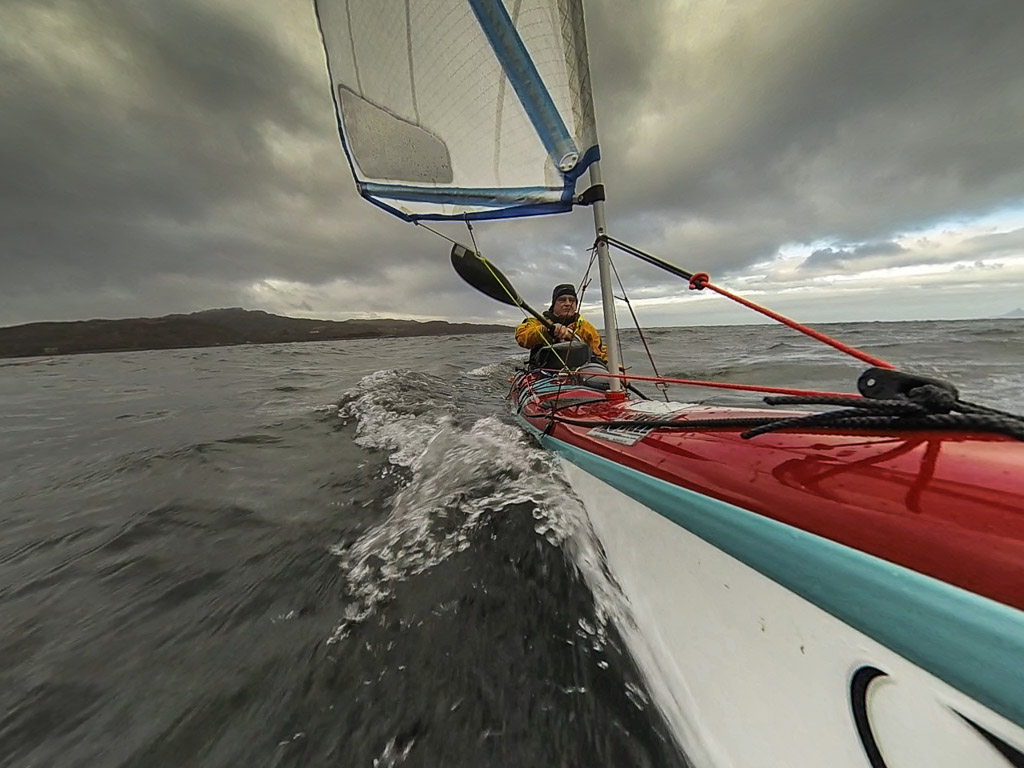 I launched the sail and used it to broad reach towards the bright patches. Steve who had not seen a Flat Earth Kayak sail in action before, made this comment afterwards "We saw your sail up as you raced off downwind on a broad reach, chased by your rooster tail!! Does the hull get hot at that speed? Couldn't believe how quickly you put clear water between us!!"  He has now  borrowed one of my sails... 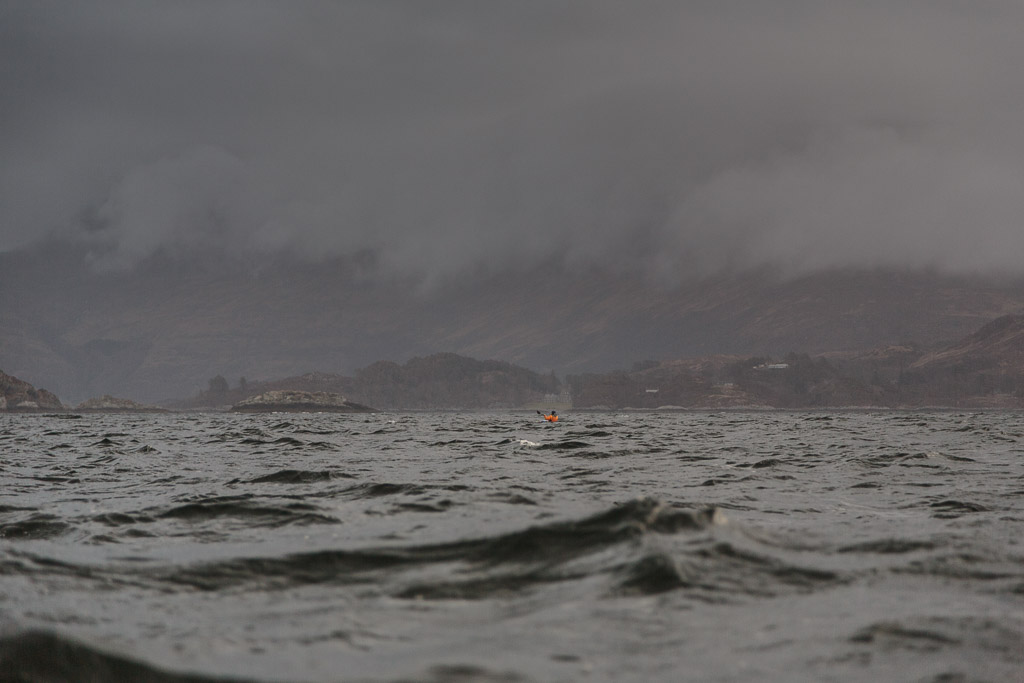 Meanwhile the others ran directly downwind as I drew towards the ever dwindling patch of bright water. 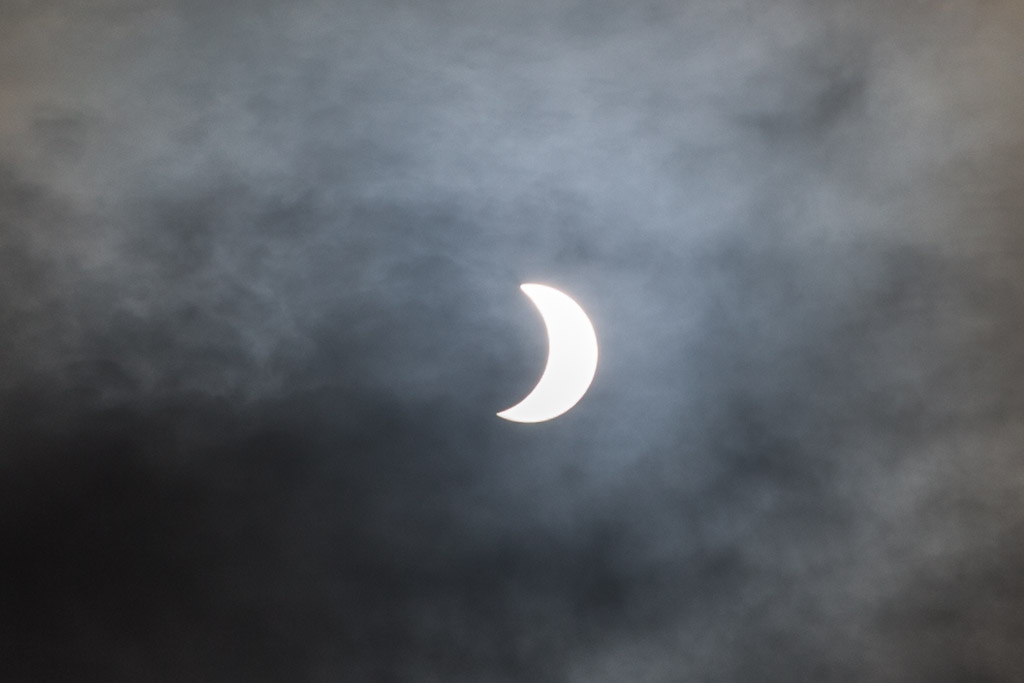 Amazingly I got this shot at 09:56 through a thinning of the clouds. Despite the bouncy conditions, I wanted the best shot so I got the Canon 5D mk3 out and took three quick shots. This one was the best but I now have three images of the eclipse burned on my retinas, I just need to close my eyes and there they are...who needs photos!
Posted by Douglas Wilcox at 10:16 pm No comments: