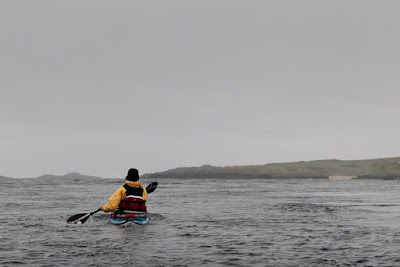 Leaving the shelter of Portnahaven at slack water, we entered the channel between Islay and the offshore islands of Orsay and Eilean Mhic Coinnich. Despite being "slack", the north going tide was already ripping through the channel at 3 knots. 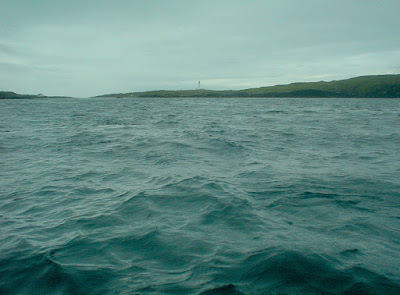 The islands and the Stevenson lighthouse on Orsay were soon left astern and we were now committed, there could be no turning back. 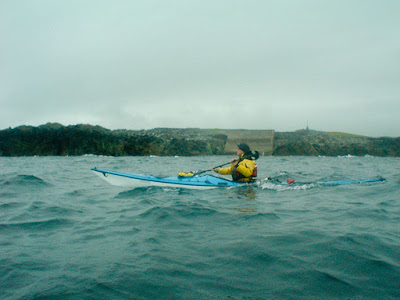 We were whisked past a curious concrete structure. This is the Islay experimental Limpet wave generator. 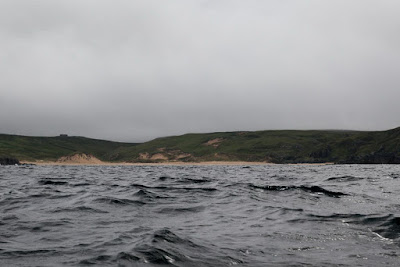 We were now  on the open Atlantic. The photographs do not give a true idea of just how rough it was. It was obvious to us that we were not going to be landing on the surf beaches. Lossit Bay was "smoking" as the cross off wind blew the crests off the back of the surf sets. 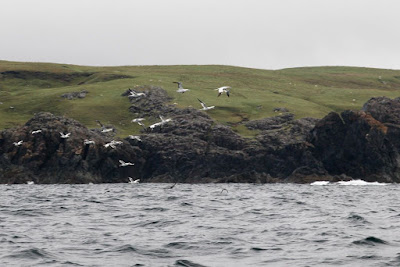 Gannets, heavily laden with fish, were using the shelter of the cliff line to make their way south towards their hungry chicks on Alisa Craig, which was over 100km away. 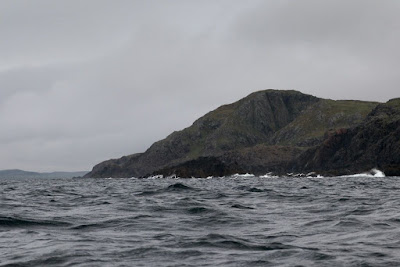 Off Lossit Point, the sea was even rougher. The rocks of Beinn Seasaimh, 139m, fell steeply into the sea and it was pretty obvious we were not going to be able to land until we had cleared the west coast of the Rinns of Islay, after paddling for 25km...

Posted by Douglas Wilcox at 9:04 am No comments: