Splendid isolation on the heights of Ailsa Craig. 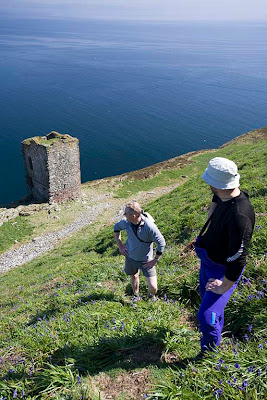 From the Castle, Tony Gavin and myself perspired on our way up a steep bank of bluebells towards the summit of Ailsa Craig. 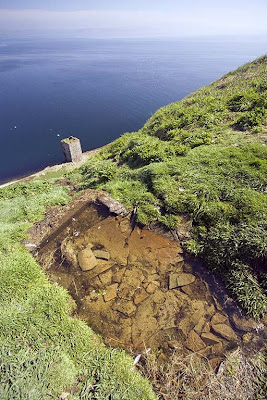 We caught our breath at the Castle Well. Although the water bubbling from the ground was crystal clear, we did not slake our thirst. The well had several floating feathers and the surrounding grass was littered with bird droppings. 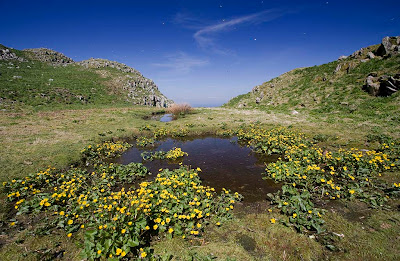 Continuing upwards we came to the Garry Loch. In the summer this nearly dries out and its banks are covered with marsh marigolds. 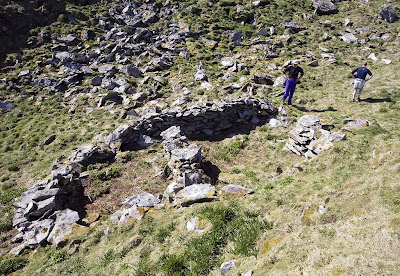 Higher still we came to the bothy. This two roomed dwelling grows out of a steep bank. It would have had a thatch or turf roof. At one time sheep, goats and pigs were kept on Ailsa Craig and the herdsman would have spent at least the summers in this high spot. 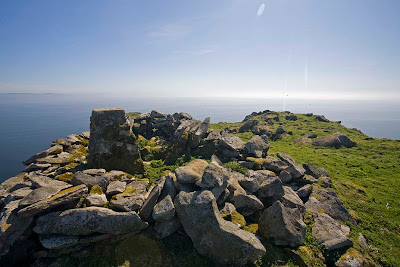 Finally we arrived at the summit cairn and trig point. Ailsa Craig is 338m high and we had hoped to be rewarded with views of Kintyre, Arran, Ben Lomond, Ayrshire, the Galloway hills and the mountains of the Isle of Man and Northern Ireland. However, the early summer high pressure system, which gave us a calm crossing, had brought increasing haze.

So we stood on the summit in splendid isolation from the rest of the World.