Relationship between sea kayaking and the environment study. 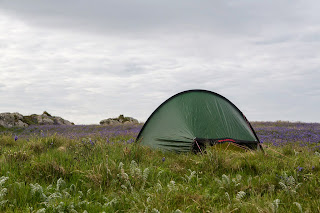 Increasing numbers of participants in sea kayaking may be affecting the environment of the places we visit. There has been special concern raised about "honey pot" areas such as the Sound of Arisaig, which are also much used by commercial operators. For its size, Scotland has an enormous coastline and there should be more than enough space for all. Most sea kayakers think sea kayaking is environmentally friendly but if you see a flight of waders rise when you pass, think of the energy cost to their survival, especially in winter. Then think of the cost when other sea kayaking parties do the same to the same flock of birds time and time again.

A Scottish sea kayaker is doing a masters level study into the relationship between sea kayaking and the environment. Part of this study includes a questionairre that anyone who has paddled in British waters in 2012 can complete and contribute to the research. The questionnaire can be found here.
Posted by Douglas Wilcox at 1:18 pm 3 comments: 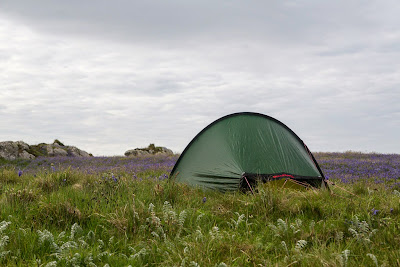 Having arrived on Cara a day early we thought we might have a long lie but... 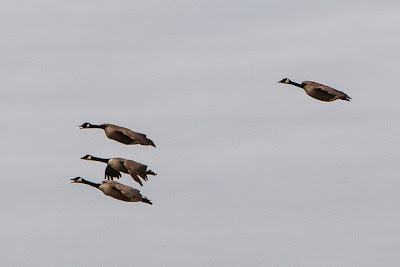 ...our new neighbours had other ideas and low flying Canada geese can express their ideas very vocally. They started about 5am... 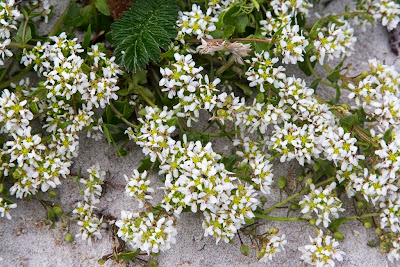 The early summer flora was more laid back... 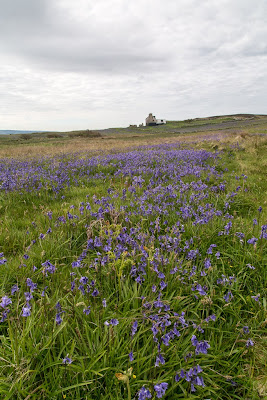 ...and we set off to explore Cara on a path through the bluebells which... 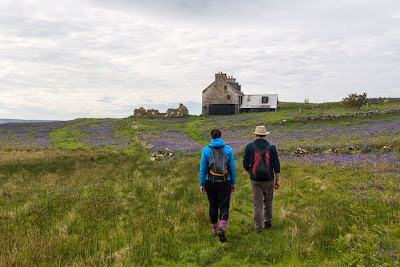 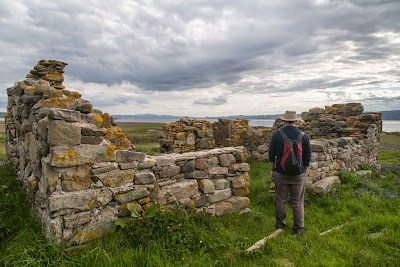 First we inspected the old building to the NE of the house and found that the mortar that bound its ancient stones together... 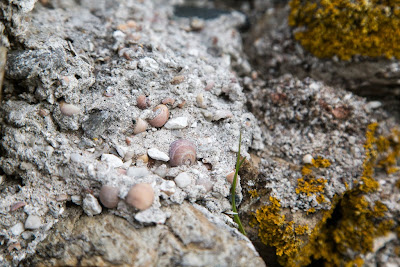 ...had been made from sand from the shore. Sea shells were clearly visible. This building looks very much like the mediaevel chapel of Cara. The chapel was dedicated to St Fionnlugh who was a contemporary of St Columba. The OS map, Hamish Haswell-Smith and Canmore all give the location of the chapel as a pile of stones to the SW of Cara house. However, the photograph in Canmore is quite clearly of this building by the house. Also Old Statistical Account (1793) description (quoted by Haswell-Smith) describes lancet-shaped windows with splayed inshots in the east ends of the side walls, which this building has.... 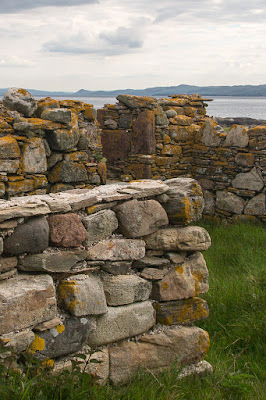 Looking from the entrance in the south wall to the splayed inshot window at the east end of the north wall.

The chapel was also latterly used as a kitchen for Cara house and the pile of stones on the OS map is rather far to be convenient for the house. Also, although the pin on the Canmore map points to the OS "chapel", the 10 digit OS grid given by Canmore points to this building. 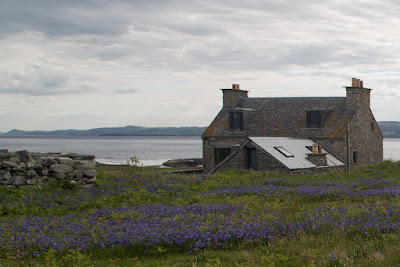 The corner of the sheep pen marked on the O map as the chapel.

Haswell-Smith himself says that the the OS "chapel" could easily be mistaken for a sheep pen. I think the stone structure to the SW of Cara House was a sheep pen. It measures some 30 yards by 4.5 yards and according to the OSA the chapel measured some 9yards by 6yards which are the measurements of the building on the NE side of the house. So based on the description of the Old Statistical Account of Scotland, the building close to the NE of the house was the chapel. 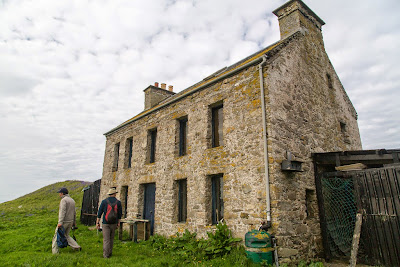 Cara House was built in 1733 by the Macdonalds of Largie for their tacksman. It was last used by a resident on Cara in the 1940's when the tennant farmer left. 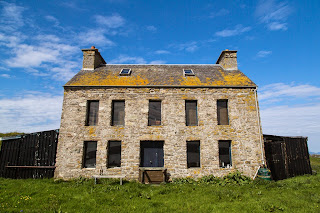 It is rather grim looking and I am not surprised that the spirit of The Brownie has taken up residence there. 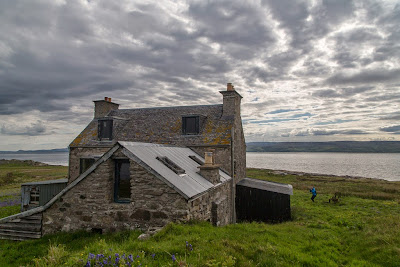 Despite The Brownie's presence Cara House was renovated as a holiday home in the 1990's. 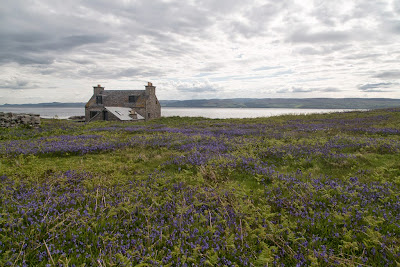 We left Cara House to the hopefully sleeping Brownie and pressed on through the bluebells.
Posted by Douglas Wilcox at 10:48 am No comments: