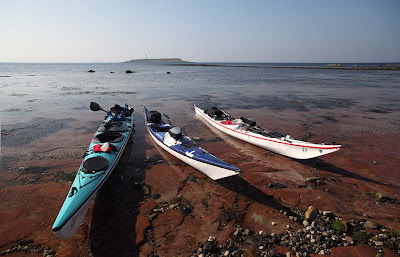 After a pretty late start on Sunday morning, we launched from the beach at Kildonan at half tide. The middle beach is composed of great slabs of old red sandstone. These sedimentary rocks were laid down when this part of Scotland lay on the equator. Their deep red colour still hints at the heat of ancient equatorial sunshine. 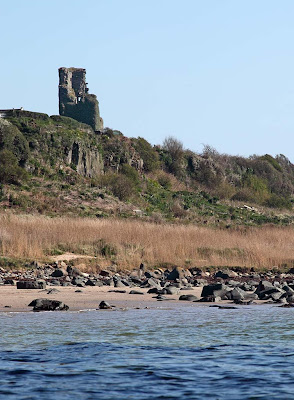 The ruined tower of Kildonan Castle sits on the cliff line of a raised beach. It was built by the Lords of the Isles but became a Royal Castle at the beginning of the 15th century. My careful framing of the photograph does not show that it is actually at the bottom of the garden of a private house. 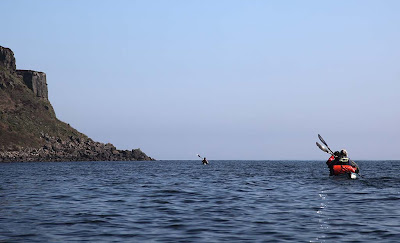 We continued under the raised beach of Dippen Head. This is one of the few parts of Arran where the road does not hug the coast and it is a truly wild place. 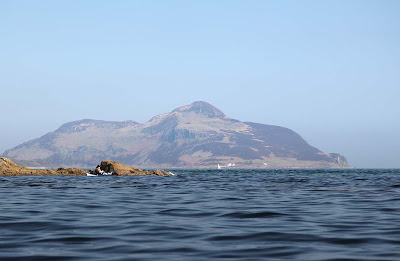 Jennifer waited for us at Largybeg Point beyond which ... 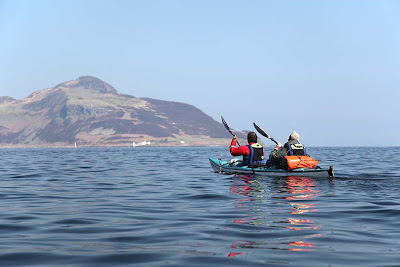 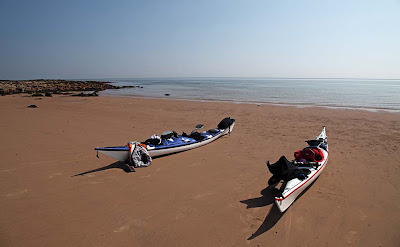 By the time we reached the dark red sands at the north end of Whiting Bay, it was time for a break. Jennifer went for a swim ... 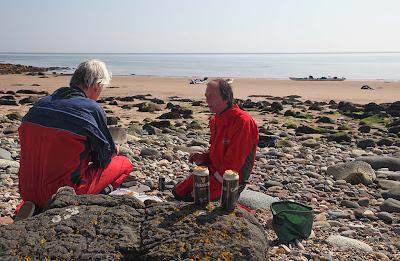 ... while David, Phil and I enjoyed a refreshing luncheon under the unaccustomed heat of the early Spring sunshine.