Mariners once more, on Loch Moidart.

We relaunched into the sea waters of Loch Moidart below... 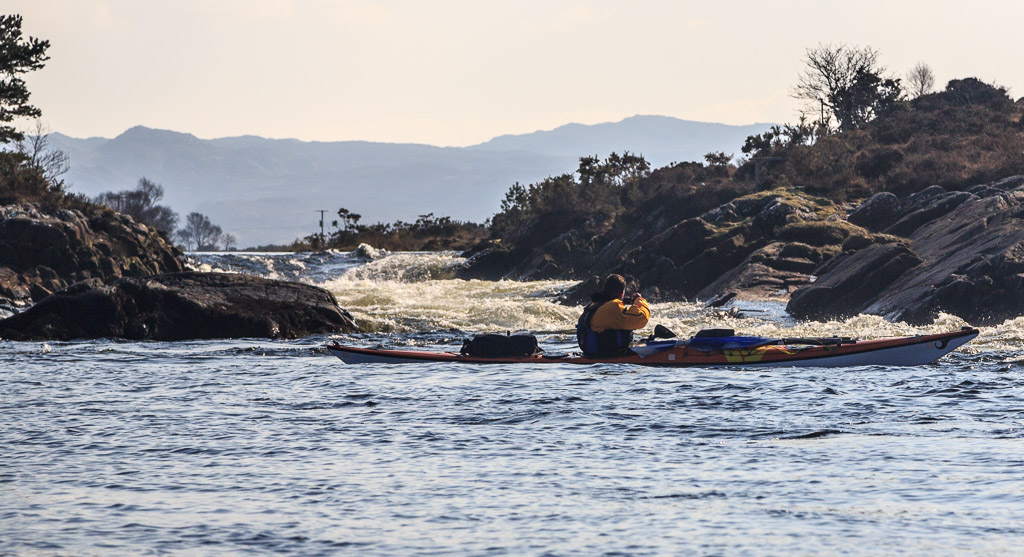 ...the falls in the River Shiel. Partly as penance for portaging we played for a bit breaking in and out of the jet of water which was pouring into the loch from the cascade. 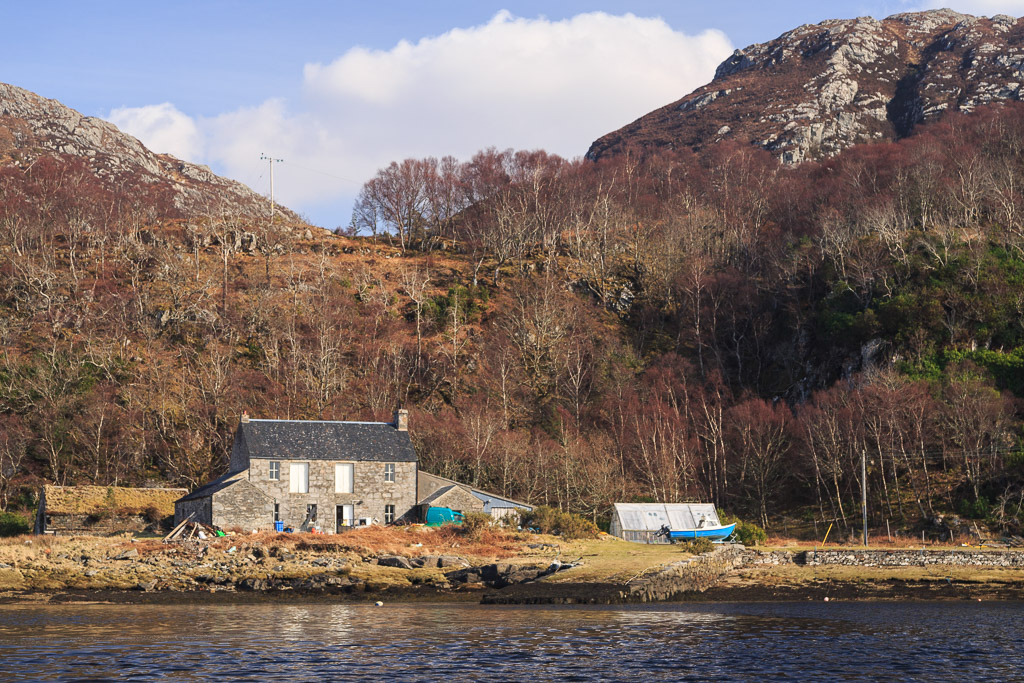 To our right were the houses of the Lochshiel Estate and... 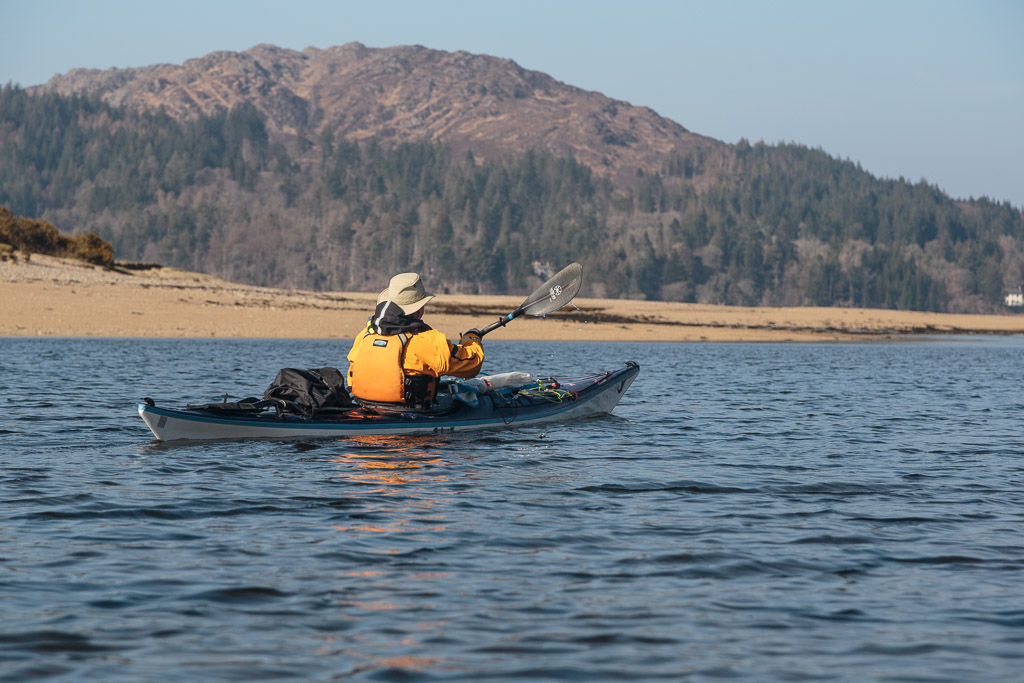 ...to our left a great spit of sand and shingle which has been brought down the River Shiel  and deposited here but... 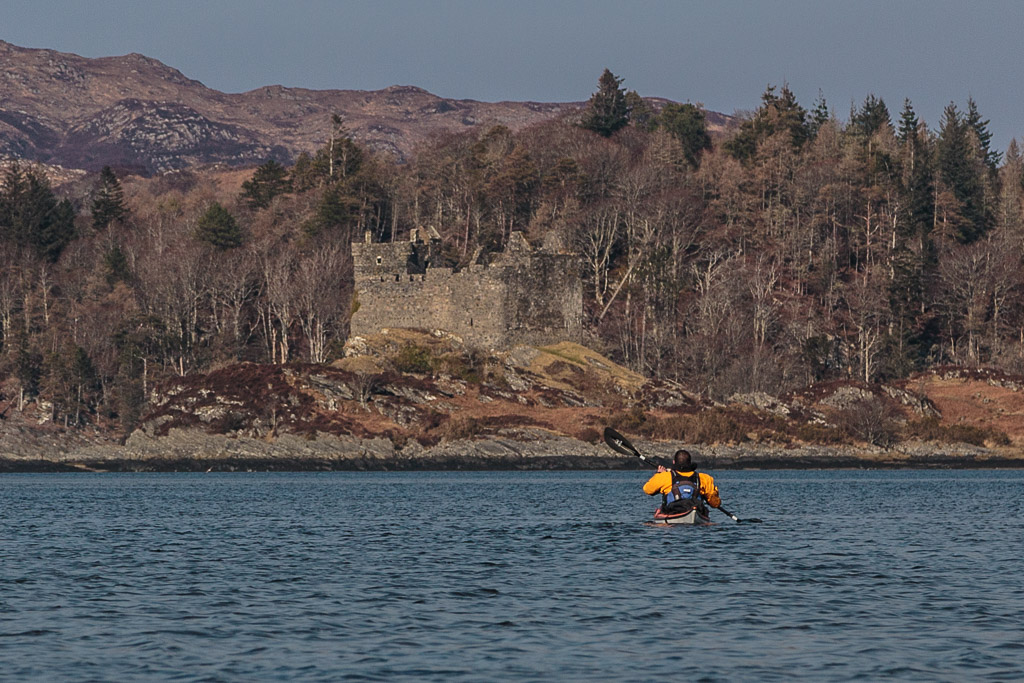 ...what really held our attention was straight ahead... 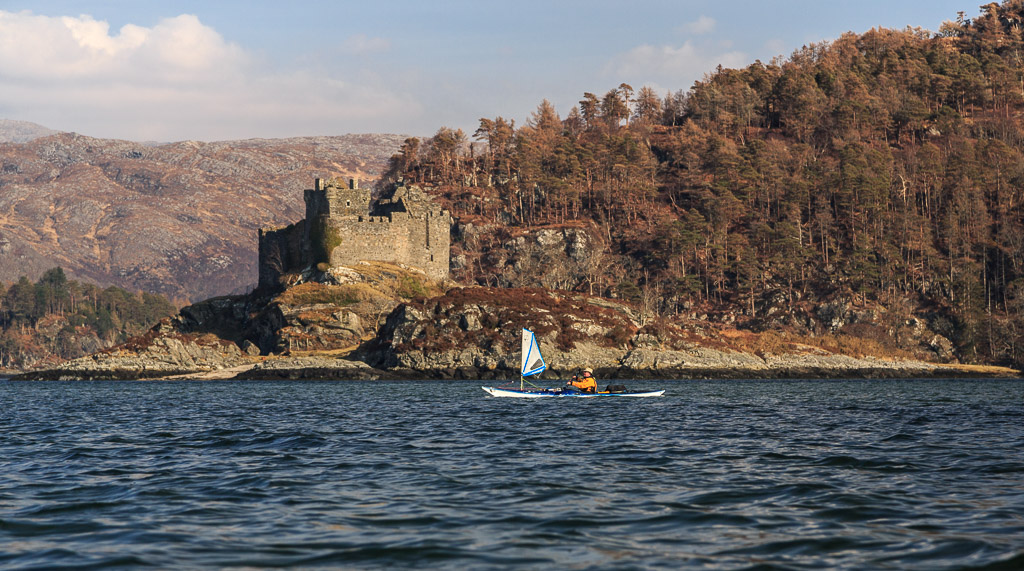 ...the wonderfully situated Tioram Castle sitting on its tidal island. Once we cleared the spit we hoisted our sails for a beat down the loch to its mouth. I used the forward fin in the Aries with devastating effect as the others dropped away downwind. 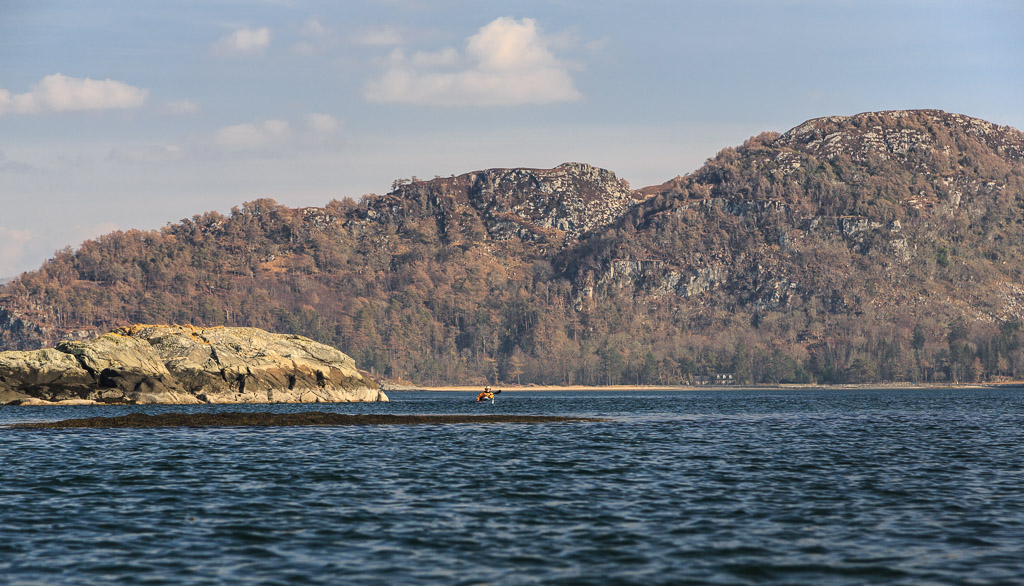 We were heading for the south shore of Eilean Shona as a counter eddy meant we did not have to plug  against the incoming tide in mid channel. 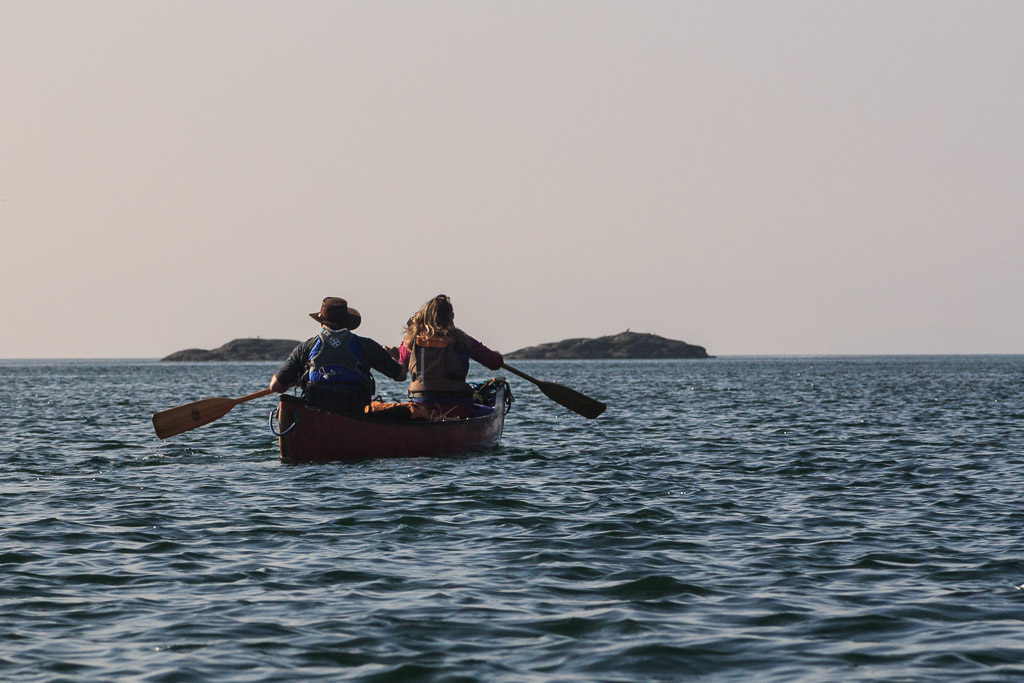 We were not the only ones heading west. This couple in a Canadian canoe made good progress in the shelter of the inner loch but as soon as they hit the tide and wind they fell far behind. 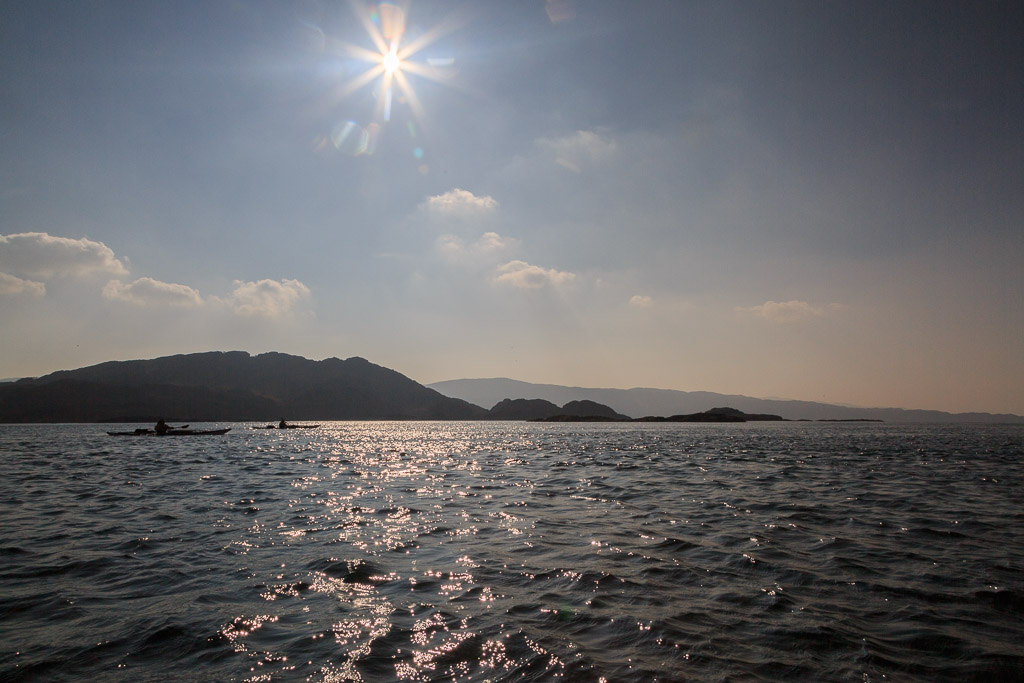 Meanwhile we were revelling in being back on the sea and before long had reached... 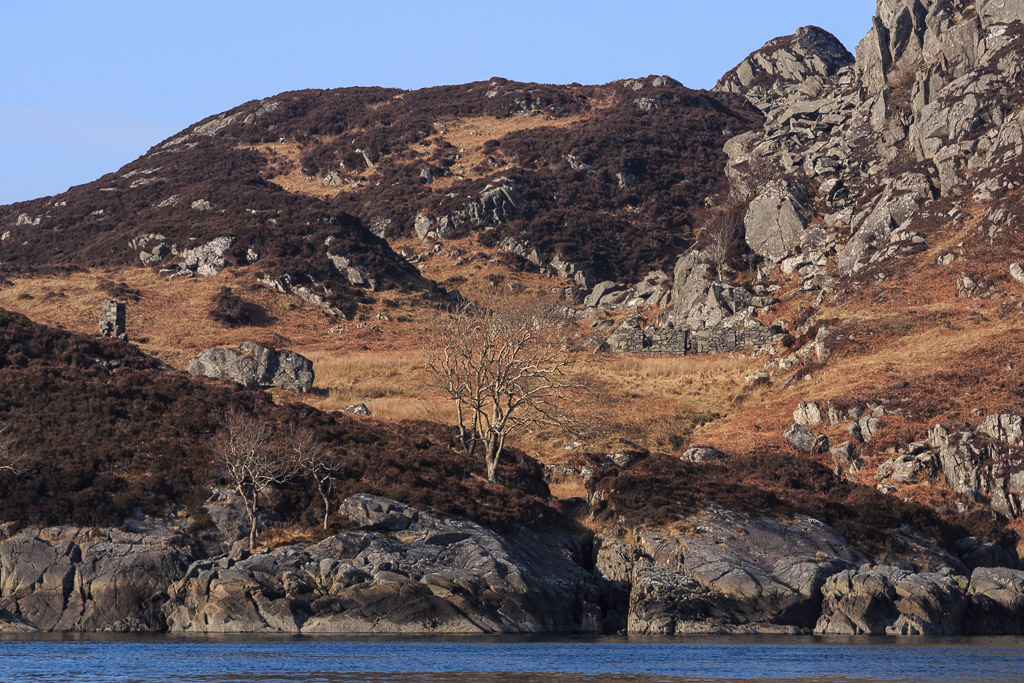 ...the west end of rugged Eilean Shona. At one time it was scattered by little communities now long gone. Can you spot this house?
Posted by Douglas Wilcox at 9:21 am No comments: