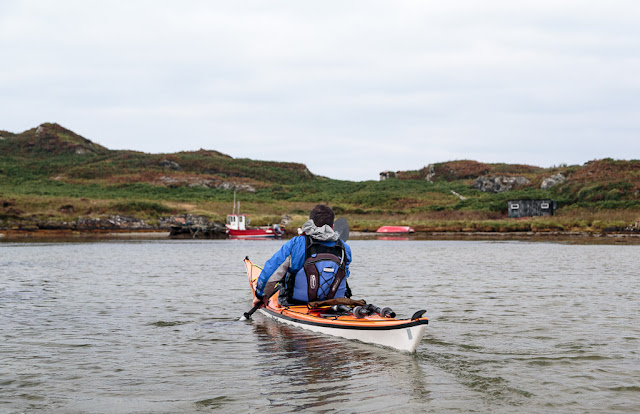 From Poll Mor we approached Port na Cathrach on Gigha's exposed west coast. It has long been used for fishing, there are bait holes carved into the solid stone of the rocks near the old pier. 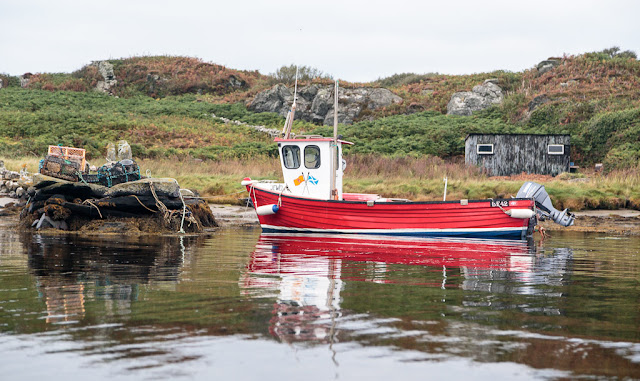 It was good to see the old pier was again in use by the Banff registered creel boat, BF42 Jewel (though her home port is Campbelltown). 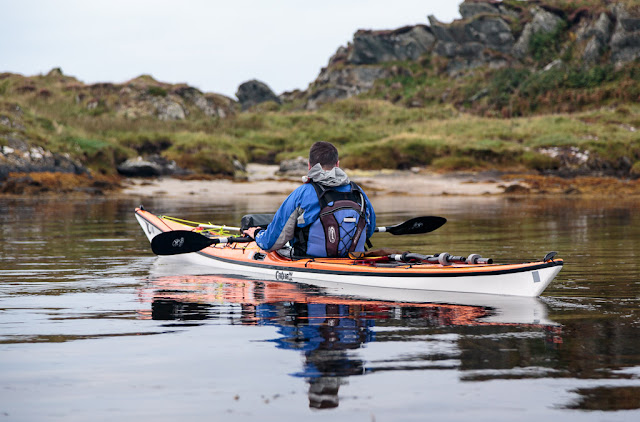 Just beyond the pier lies the little sandy Port an t-Samhlaidh. On the hill behind the beach millstones were once carved out of the rock. A partly quarried millstone is still in situ. 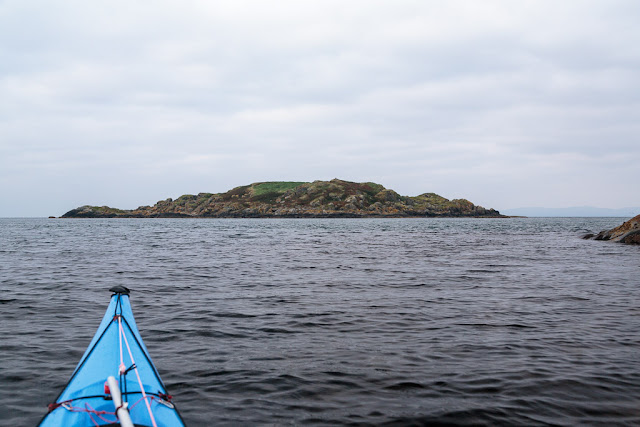 We then decided to circumnavigate the little island of Craro. The ownership of Craro includes the title The Baron of Gigha. This is currently held by Don Dennis who owns both Craro and Achamore House from where he runs his flower essence business. On Craro there is said to be a curious rock formation which is like a stone bull. 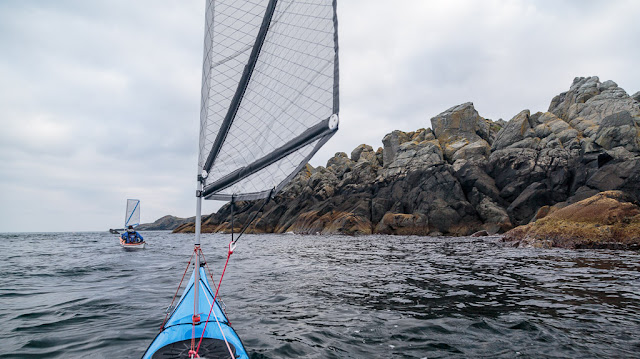 We paddled all the way round Craro but found no obvious landing place so we set off... 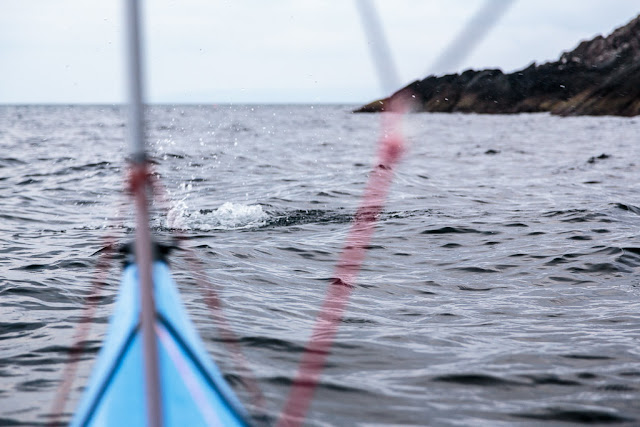 ...for Gigha again disturbing yet another otter on the way. 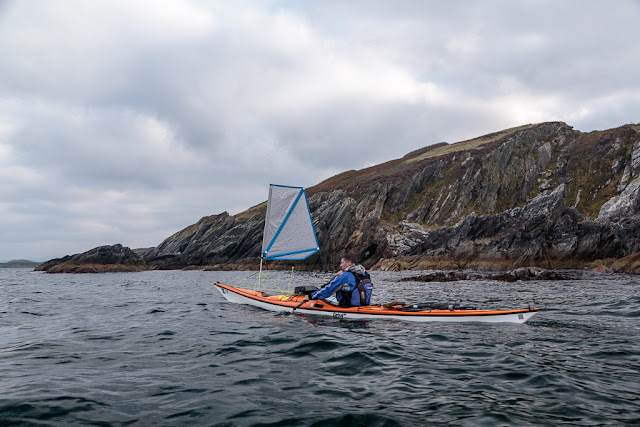 There was no landing along the great rock wall of Cnoc Loisgte. 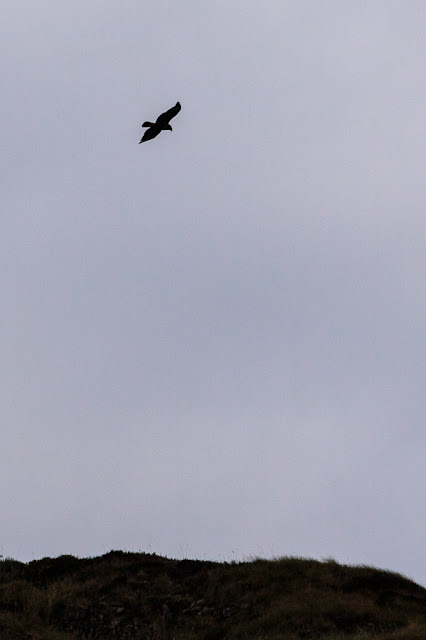 Previously I have seen a pair of peregrine falcons here but today we saw only a large number of buzzards and a golden eagle. 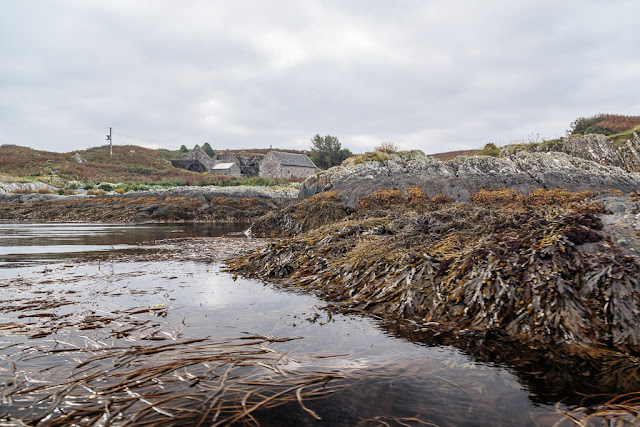 At last we arrived at Port an Duin were we... 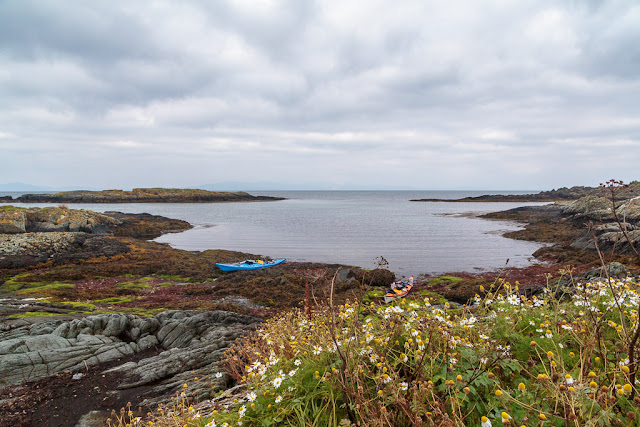 ...took a short break for luncheon on the shore below... 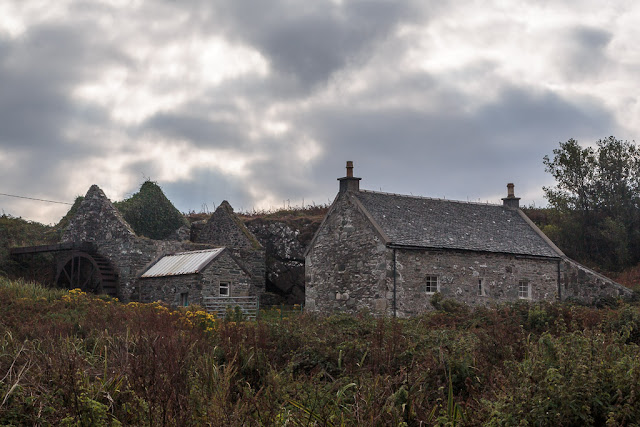 ...the old water mill. I wondered if its mill stones had come from the quarry we had passed earlier. During our stop we were entertained by the silvery autumn song of a robin. 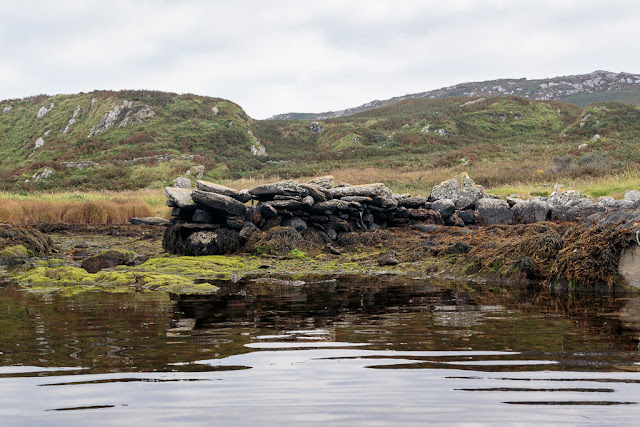 In the NE corner of Port an Duin a pile of stones form another rudimentary pier. 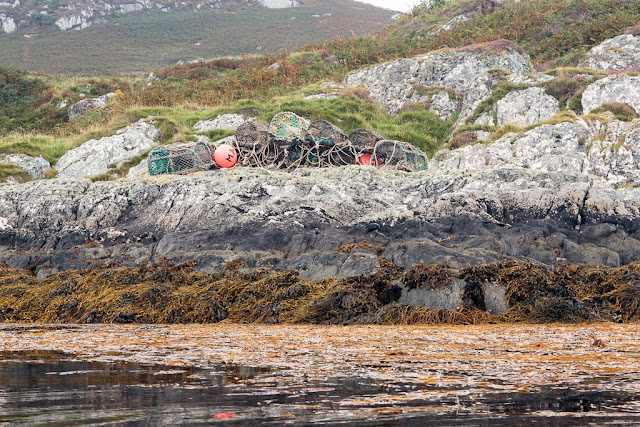 A pile of creels on the rocks suggest that this is another port that is being used by a fishing once more.