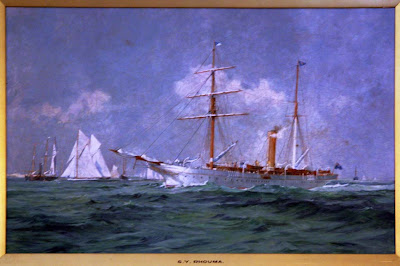 George Bullough, who built Kinloch Castle on Rum (or Rhum as he called it), also owned the Clyde built, 221 foot, twin deck, sailing yacht Rhouma. The name is supposed to be the feminine of Rhum. He sailed round the world in Rhouma. During a visit to Japan he became friendly with the Emperor. 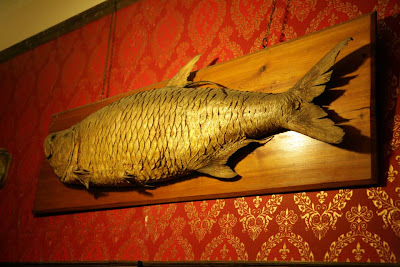 He liked to fish for tarpon from the Rhouma and several adorn the walls of the corridors in the castle. 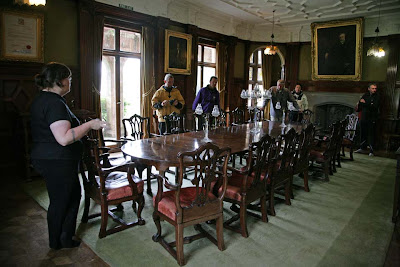 He gave the SY Rhouma to the British government to use as a hospital ship in the Boer War. He also paid for it to staffed by doctors and nurses. Her magnificent sixteen piece dining suite was removed to the castle. You can see the swivel points where the chairs were secured to Rhouma's deck but allowed diners to rotate the chairs for easy entry and exit. 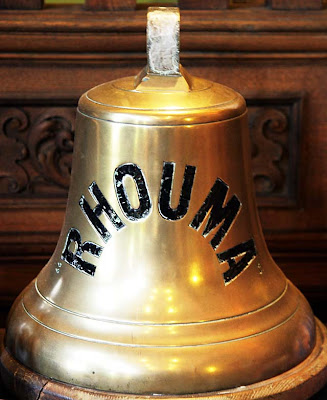 The Rhouma's bell now sits silently on a table in the hall of the castle.

I thought sea kayaking was expensive....
Posted by Douglas Wilcox at 8:53 pm No comments: