Dark deeds on the north shore of Oban Bay. 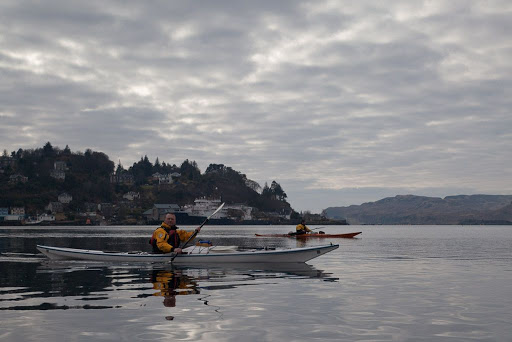 It was now time to leave the bustle of Oban. 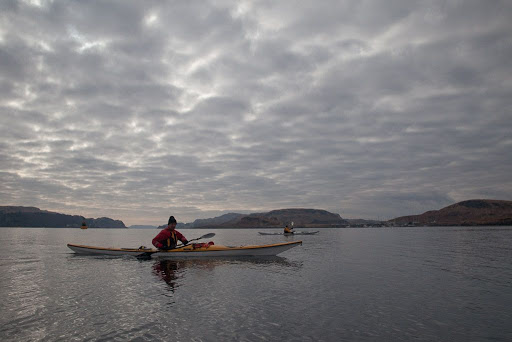 Having said that, it has one of the most picturesque settings of any Scottish sea side town. Oban Bay is protected by the lovely isle of Kerrera, seen here on the right. The narrow Sound of Kerrera stretches away to the south west. The distant island of Insh can be seen through the far entrance to the Sound. Oban Marina is actually situated on Kerrera with a water bus to connect to Oban. The marina welcomes visiting sea kayakers, they have showers, laundry and a restaurant. 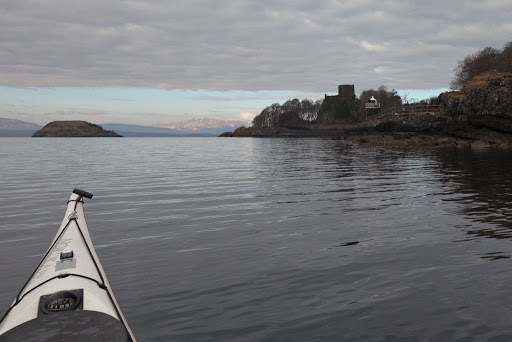 We made our way along Oban Bay's north shore, past the diminutive lighthouse... 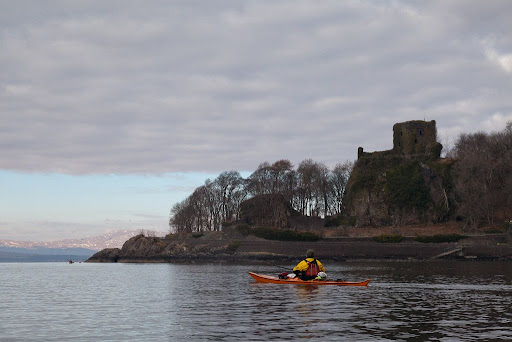 ...and the imposing bulk of Dunollie Castle. The keep dates from the 15th century but the first fortifications date from the 7th. It belonged to the MacDougall clan, the Lords of Lorn, who at one time owned a third of Scotland! Apparently they were quite a rough lot! 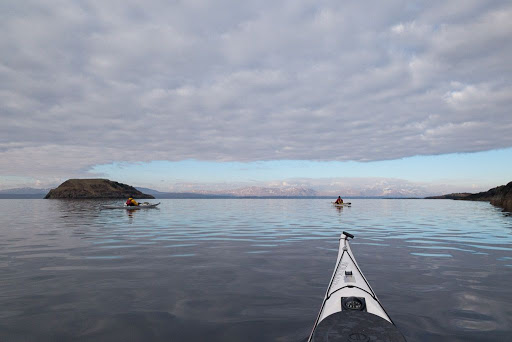 As we approached the mouth of the Bay, we came to... 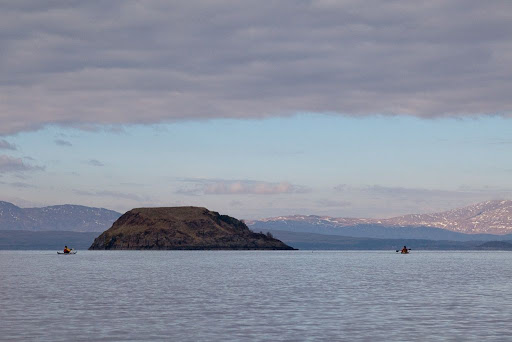 ...little Maiden Island. The island has a dark legend attached to its past. A young girl was tied to the rocks at low tide to persuade her to admit to witchcraft or the like. However, she did not admit any guilt and the tide came in and drowned her. 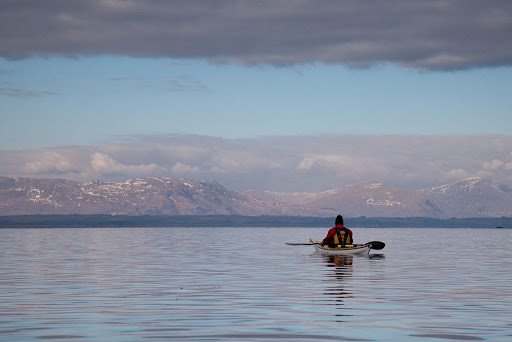 As we reflected on this dark past, the skies to the north west lightened...
Posted by Douglas Wilcox at 9:28 pm No comments: