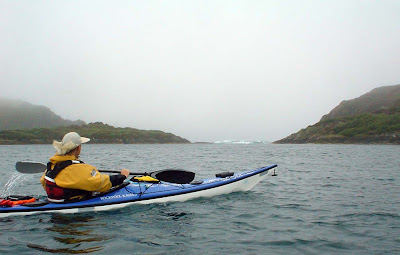 I recently described an intoxicating brew called Grey Dogs strong ale. We felt reasonably justified in its consumption because we had just come through the Grey Dogs tide race (or Bealach a'Choin Ghlais in the Gaelic). There was a force 4 wind from the west and we approached at the end of the second hour of a spring flood which runs towards the west. We felt it prudent to land and inspect the exit. 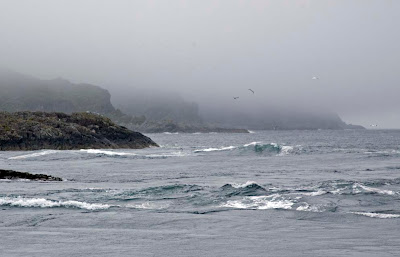 Gannets and seals were having a feeding frenzy on fish that were being swept through the narrows. 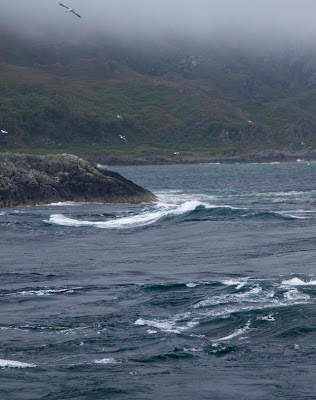 The mist gave the Grey Dogs a foreboding atmosphere. From our seat high on the rocks, the whole place had the appearance of an amphitheatre in which primeval forces were the star act and we perhaps would become part of the entertainment. 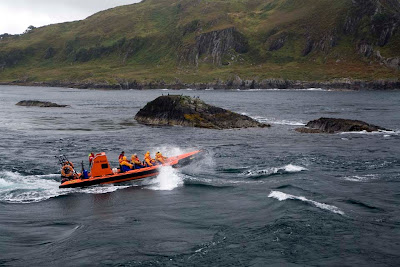 Then the spell of the place was broken, a RIB came through at high speed. The tourists looked very damp. 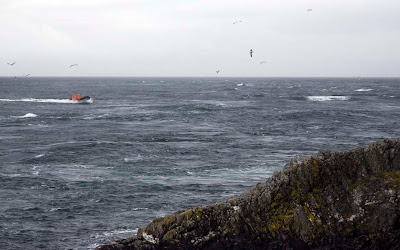 The race runs at about 18km per hour through the narrows between Scarba and Lunga and then extends 4km out into the Atlantic. 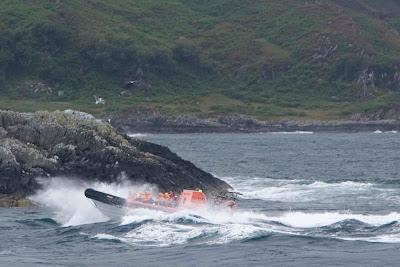 Well if the tourists can do it so can we! 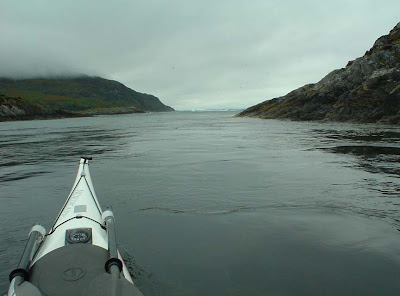 There now follows a short intermission as no photographs were taken for some reason. 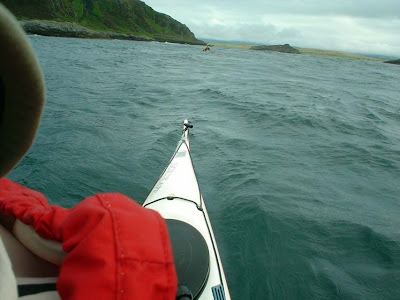 Nearly through, looking back at Tony. 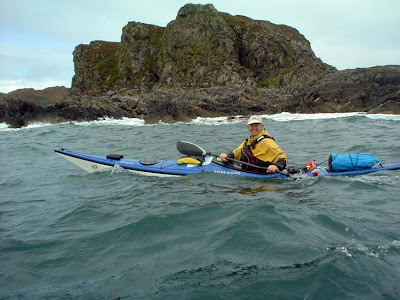 Now through the Dogs, Tony is satisfied but thirsty. 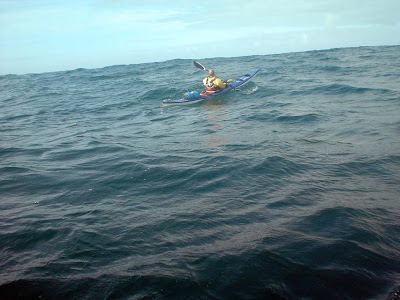 Once we cleared the race, there was a little swell on the Atlantic side of the Grey Dogs but then the sun came out!
Posted by Douglas Wilcox at 10:21 pm 5 comments: