The tidal anomaly of the third castle of Carrick. 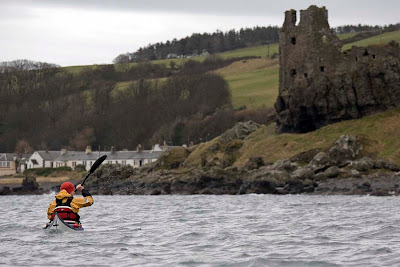 Paddling north from Culzean Bay we rounded a headland and found ourselves under the grim walls of Dunure castle. This is the third castle on our "Four Castles" tour. As Scottish castles were built by people who did not particularly like their neighbours, they are separated by respectable distances and, as a result, we were by now feeling both tired and thirsty. 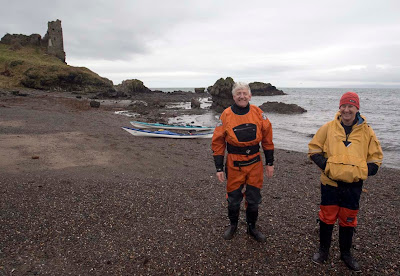 We decided to cheer ourselves by taking a short break. 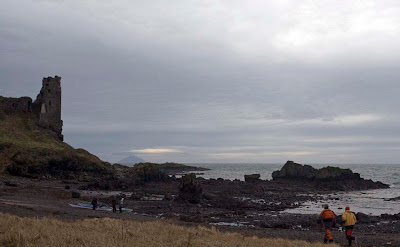 Despite the fact we ran all the way back from the pub, we were somewhat surprised to discover just how far the tide had gone out. We could only conclude that there is either a previously unreported tidal anomaly in the Clyde or a localised warp in the space time continuum!
Posted by Douglas Wilcox at 5:34 pm 3 comments: