The western cliffs of Ailsa Craig.

On our recent trip to Ailsa Craig, we spent time under the western cliffs and the Water Cave before rounding Stranny Point. Unfortunately the cacophony of the birds' calls and the smell of their guano does not come across in this video. 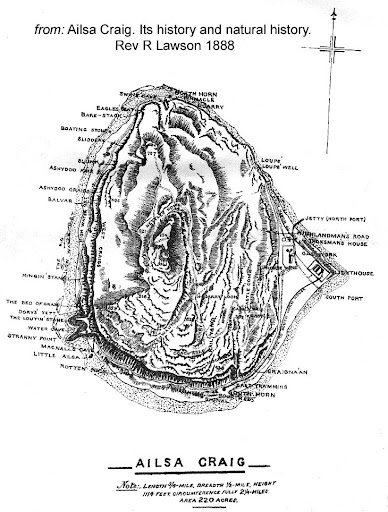 A near miss on the Solway 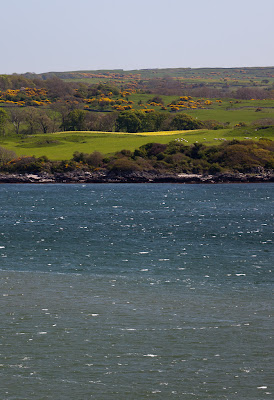 On the 30th of April, I was enjoying a holiday on Fleet Bay in the Solway Firth. Despite the sun a strong offshore wind meant my kayak stayed firmly on the beach. Actually it didn't! It got blown about 10m from where I left it! 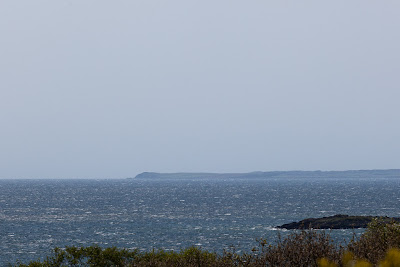 The wind was blowing straight out the bay towards distant Burrow Head. 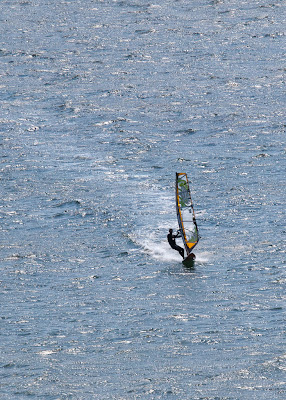 My anemometer was averaging 28knots on the beach. I watched enviously as Richard was enjoying a good blast on his windsurfer. Due to increasing problems with my knees, the last time I got out windsurfing was in October 2008. I do miss it. 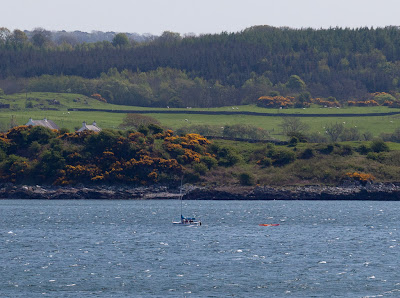 Anyway, I have a nice pair of 7x50 binoculars and was enjoying watching the fun when I suddenly noticed a double sit on top being blown out to sea at a very rapid rate. There was no sign of any paddlers, so I was just about to phone Liverpool coastguard when I noticed a 20 foot day sailing boat heading for the kayak. Her experienced crew had decided to motor out (she has an inboard outboard well if you know what that is!) despite being competent sailors. I scanned the surface of the sea but I couldn't see anyone in the water.

The day boat very sensibly motored straight up wind covering the area over which the kayak had been blown. Then I saw an arm held straight up. Fortunately the day boat crew saw it. They had a hell of a job trying lift the lone kayaker into the cockpit as the day boat has a relatively high freeboard. The lucky kayaker was clearly barely able to help and collapsed into the cockpit. He was not wearing a buoyancy aid and, despite the water being only 6.5 degrees centigrade was wearing shorts. It turned out he had gone out on his own in the back seat of the sit on top. He couldn't turn it round into the wind to paddle back to the shore in the strong wind. He then fell in and the wind blew the sit on top away. 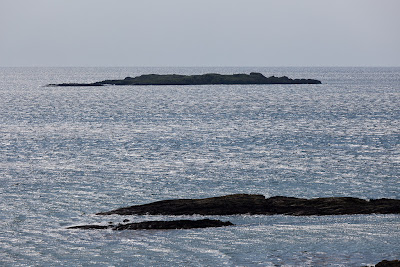 It was an ebb spring tide so if he had been swept out past the islands he would probably not have been found alive. He was extremely lucky he was spotted and that help was at hand. This sort of near miss and rescue will never make national statistics but it must be happening all round the coast. A combination of hot sun, cold water and an offshore wind can be lethal. I have witnessed 4 fatal boating accidents in Fleet Bay since 1968 and lost count of innumerable near misses. Thank goodness this one had a happy ending. I was glad I had decided to stay on the beach. 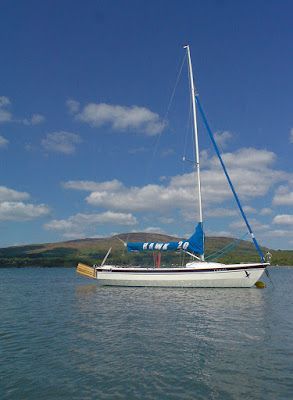 This is the Hawk 20 lying at her mooring on a calm day. It is a nice boat.
Posted by Douglas Wilcox at 8:39 pm 2 comments: