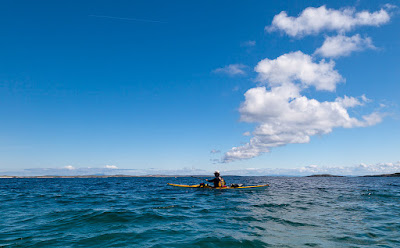 As we made our way round the east coast of Tiree we became more exposed to the northerly wind. 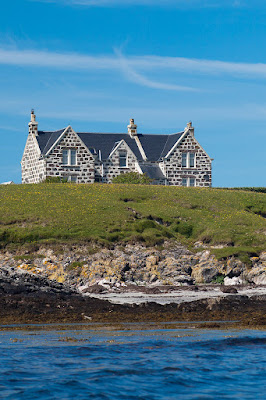 The majority of houses on Tiree face east so that the door opens on the side where the wind comes from on fewest occasions throughout the year. 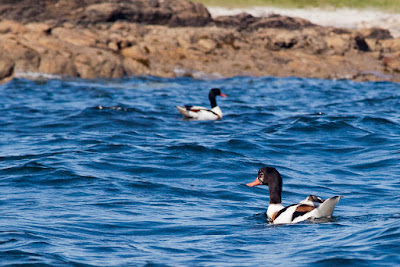 These shelduck were sheltering from the wind in a gap in a reef. Despite this it was ruffling their feathers. 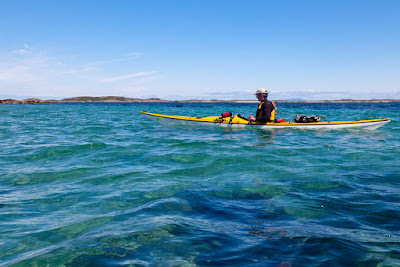 We now entered the Gunna Sound, which separates Coll and Tiree. The tide runs through here at 5km/hr and we could see breaking white water ahead. Phil and David were now feeling a little chilly in the wind so we decided to land to let them put on their dry suits. The water temperature was a bracing 12 degrees C. 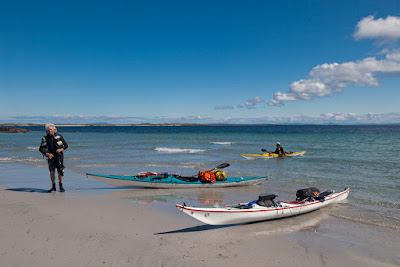 We landed in the shelter of the reef at Rubha Dubh. 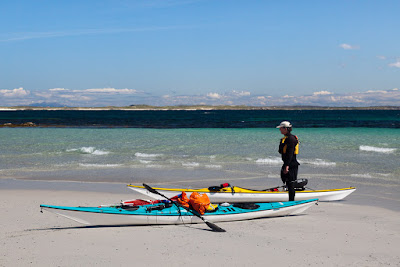 Phil had never seen water of this colour before. He stood tansfixed, gazing at the turquoise in the shallows, which turned to ultramarine in the deeper channel. 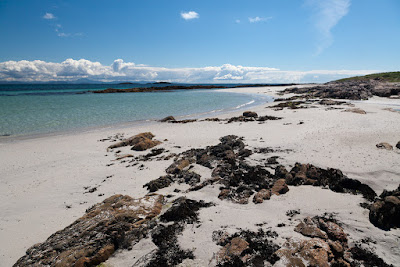 We took our luncheon on this dazzling white shell sand beach which looked out over the SE entrance of Gunna Sound to the distant blue mountains of Mull.
Posted by Douglas Wilcox at 8:27 pm No comments: