Preaching to the converted in Blackwaterfoot Harbour. 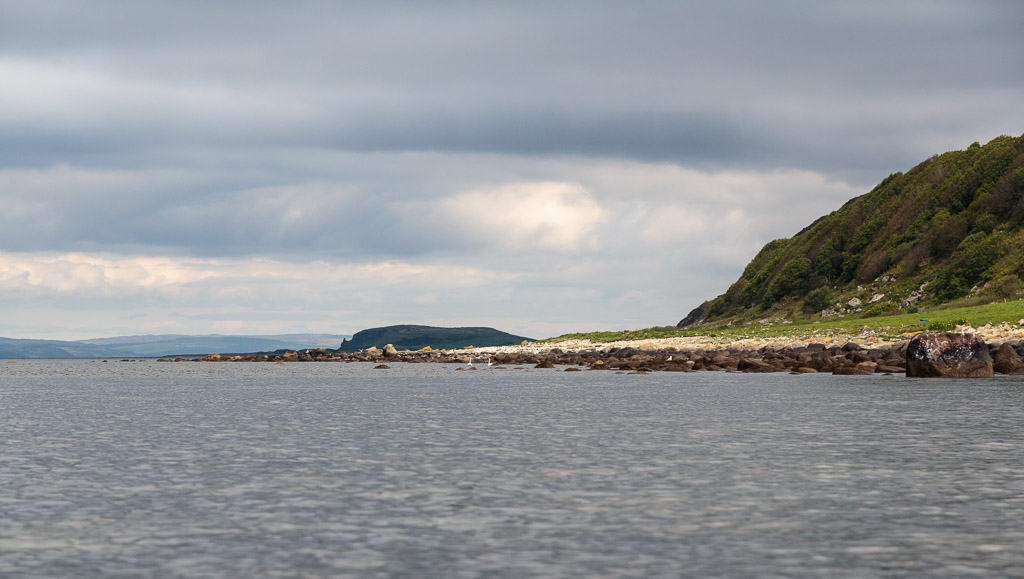 From Corriecravie we came to Aird nan Ron (Seal Point) and true to its name, the point was a haven for common seals. 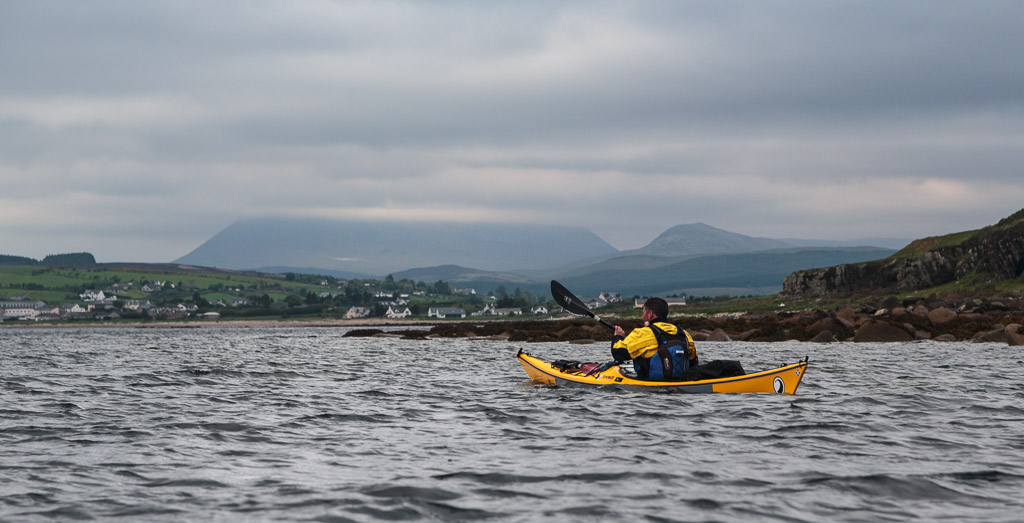 At the next headland, Kilpatrick Point we passed the Preaching Cave in the low cliffs behind the shore. The only sermon we heard were a few singing common seals. 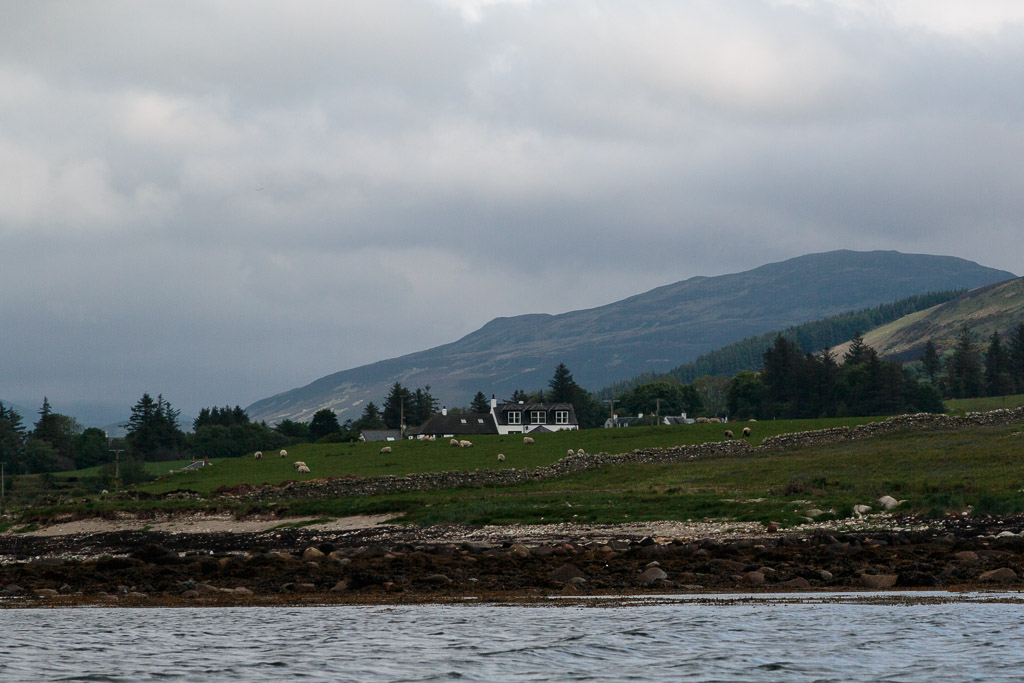 Leaving the hamlet of Kilpatrick we set off across... 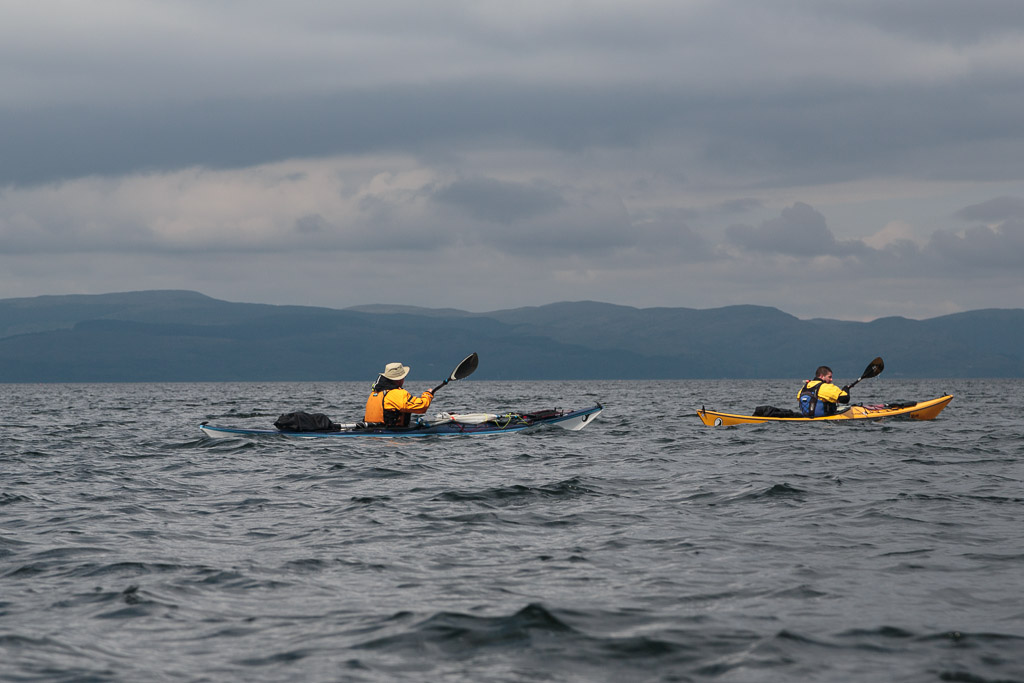 ...Drumadoon Bay towards the... 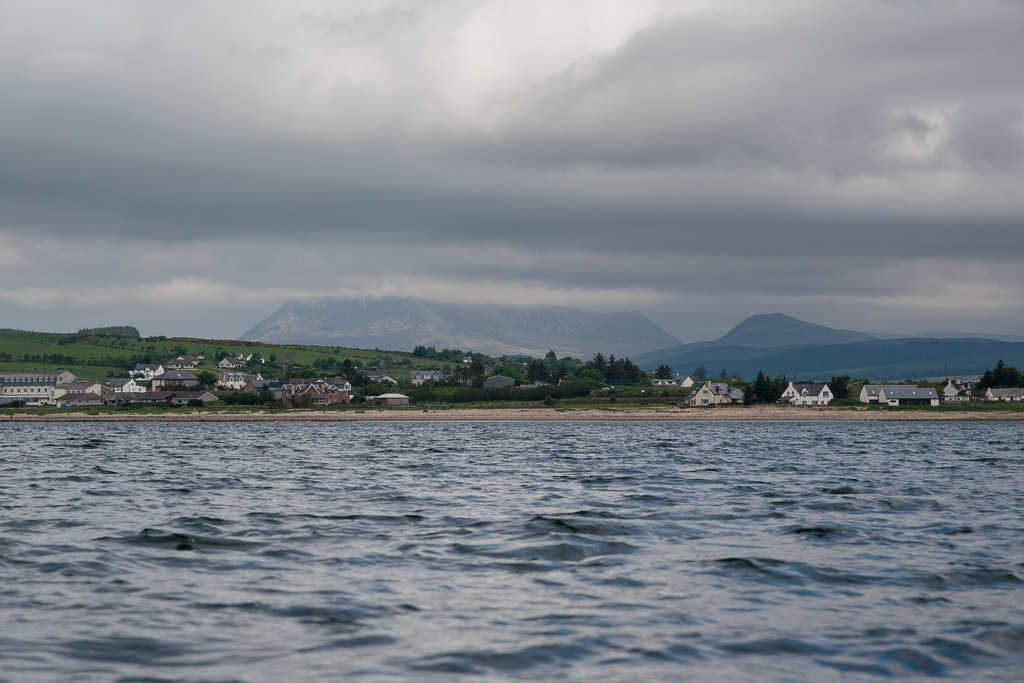 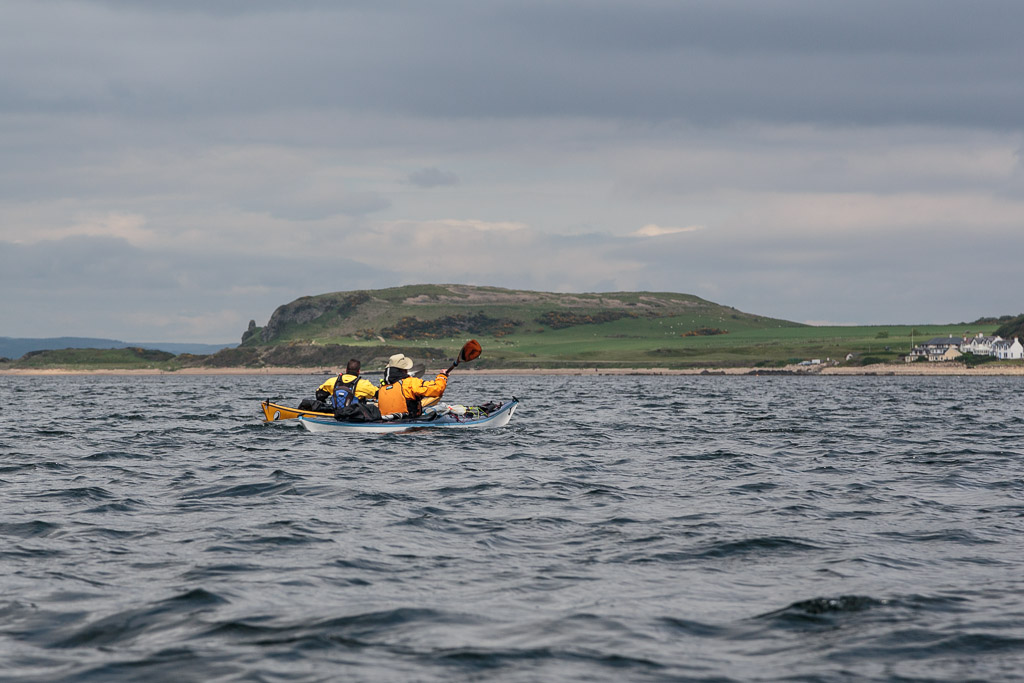 The sands of the village beach are backed by The Doon, a dramatic basalt sill which once had an extensive Iron Age settlement perched on its summit. 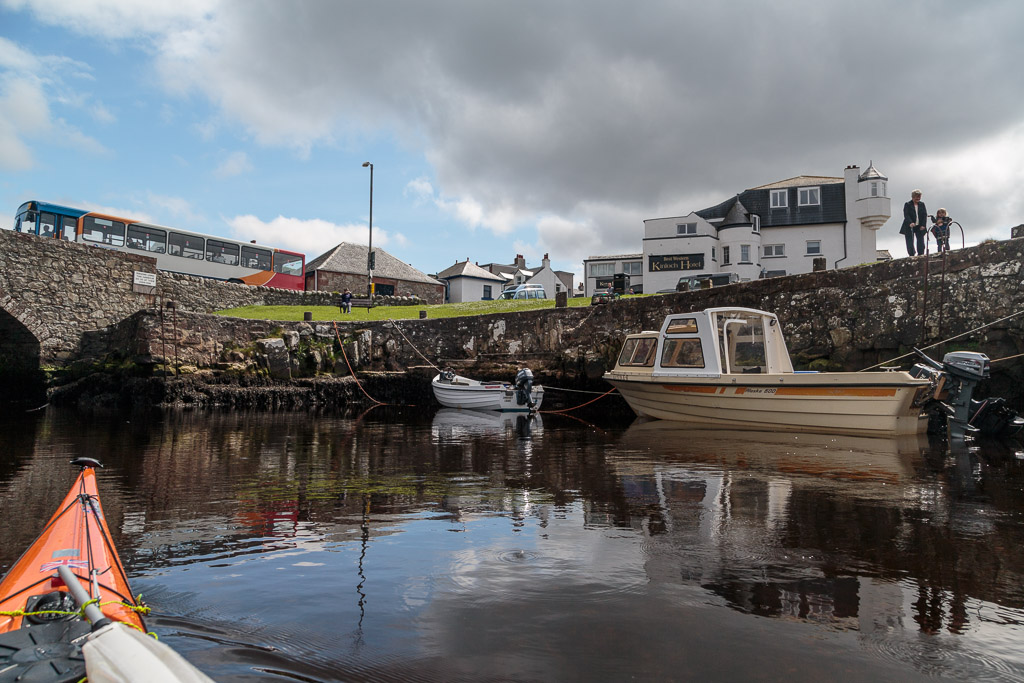 Nowadays the settlement of Blackwaterfoot is at sea level and clusters round a tiny harbour at the mouth of.... 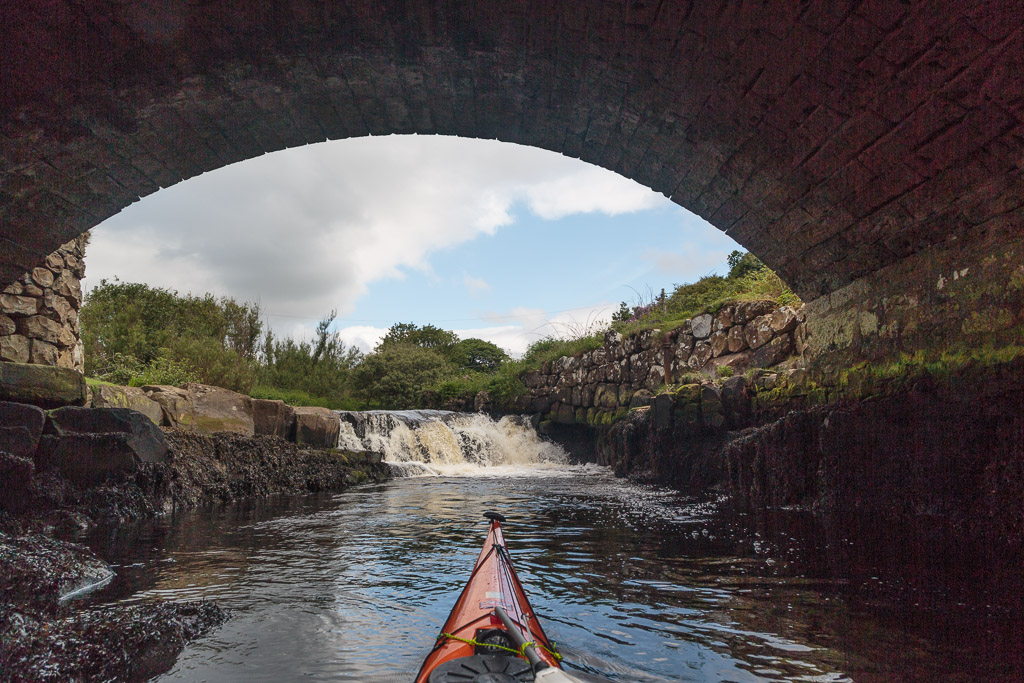 ...the Clauchan Water. I explored this waterfall which is the limit of navigation as the local bus rumbled over the bridge. 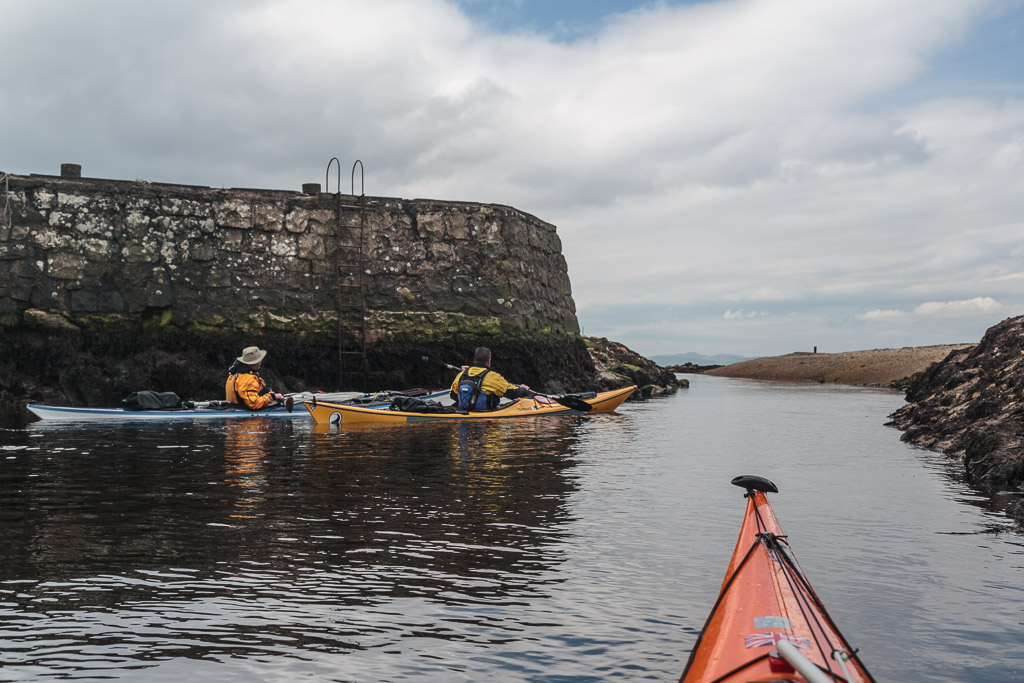 As we paddled round the little harbour, the family in the VW camper from the camp site gave us a big wave. I think they were surprised we had arrived in Blackwaterfoot before them! From the sea it would be all too easy to miss this tiny harbour. It is worth keeping your eyes open, fortunately I did not have to persuade either Ian or Mike to take a detour. Neither of them are headland to headland types either.
Posted by Douglas Wilcox at 7:46 pm No comments: