Back at the beginning of March we left Glasgow at 4am and arrived at Kennacraig at 06:23. As the MV Hebridean Isles was nudging into her jetty from the southern Hebridean Isle of Islay, the moon was setting in the west. 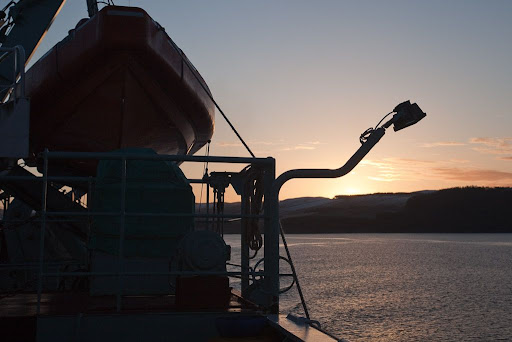 We drove aboard and were soon steaming down West Loch Tarbert as the sun was coming up at 07:30. We were bound for Islay! Regular readers of this blog will know that the staff of seakayakphoto.com have a particular affinity for this isle. You can read more of the delights of Islay here and here.

Earlier in the week, I had noticed that one of the two Islay ferries was off for servicing and the Hebridean Isles was to be running extra sailings later in the evening to make up for the lack of crossings. Her last return was to be at 20:20 from Port Askaig which is about two hours later than the normal last winter sailing. Just enough time for a sea kayaking day trip from Glasgow! A cunning plan was being hatched!

At the mouth of the loch, the lovely low lying isle of Gigha came into view. Closely followed... 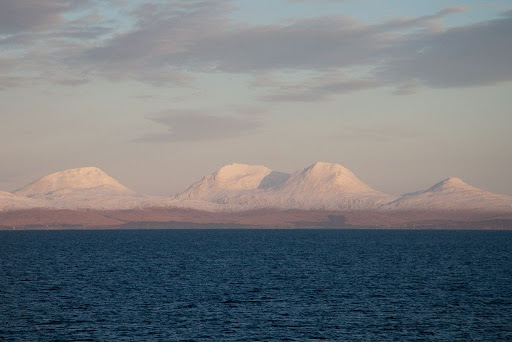 ...by her mountainous neighbour Jura. Her magnificent Paps rose white above the dark waters of the Sound of Jura. We were off on another sea kayaking adventure!
Posted by Douglas Wilcox at 10:39 pm 2 comments: