Of an Islay bothy, fishing rods and buoyancy aids. 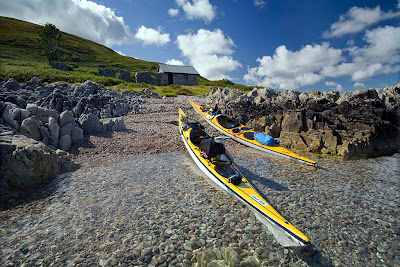 After breaking out out of the tide we followed the coast and came across this wonderful bothy under scudding white clouds. Its remoteness has protected it from the vandalism that has afflicted many mainland bothies. 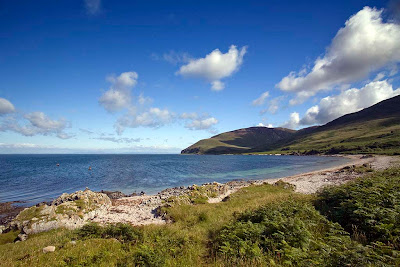 The view from the bothy door extended to the distant Mull of Kintyre. 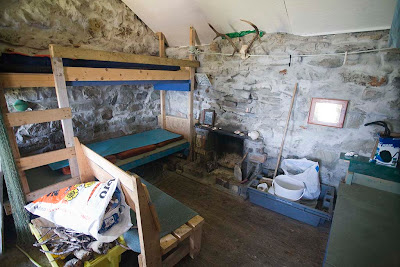 This well equipped bothy has airbeds and a pump. It also has mask, snorkel and flippers and a fishing rod! On this occasion it was only 17:30 so we decided to press on further before making camp. We promised we would return! Both the estate and the MBA are due thanks for this wonderful place. 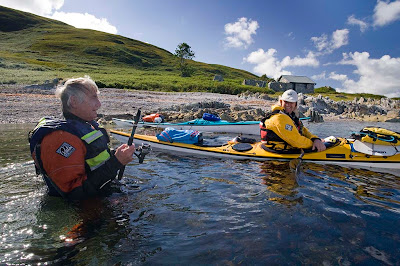 As we launched, David had dropped his rod into the sea just offshore. Fortunately he was wearing his dry suit and recovered it. It took several attempts as he forgot to remove his buoyancy aid. This must have made a deep impression as over the next four days Tony and I found several BA's, just like David's, on many beaches we stopped at. Usually just after David had paddled on!