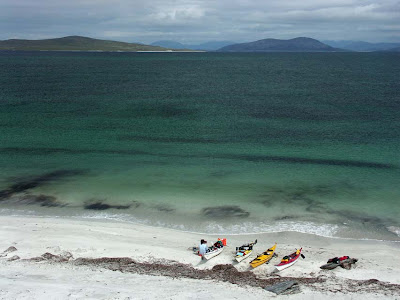 My very first post concerned a visit to Boreray. It is a beautiful island in a somewhat exposed position at the west end of the Sound of Harris in the Outer Hebrides. I also mentioned it in another post about clearing mink from the Western Isles.

Tonight I received an email from Jerry Cox who has been Boreray's sole resident since 1999. He told me about Boreray's website. I have no idea whether he has a satellite link to the internet like that on nearby Berneray or whether he has to leave Boreray and get access elsewhere. From the website, you can learn about the island and how Jerry makes a living from his croft which has a flock of St Kildan sheep. He also has a renovated croft house for rent. It has one of the most stunning views in the Hebrides. The only way of getting there is by kayak or Jerry's RIB. He warns "Please be aware that access involves a four-mile sea crossing in an open RIB with beach landing. Weather conditions may delay the start and/or finish of your stay!" 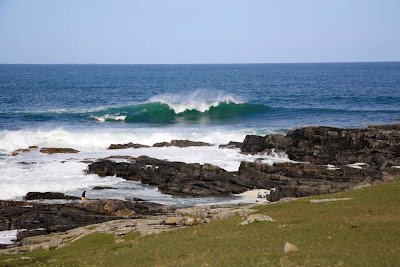 I would settle for a delayed departure.
Posted by Douglas Wilcox at 9:11 pm 3 comments: