Who's been sitting in my chair? 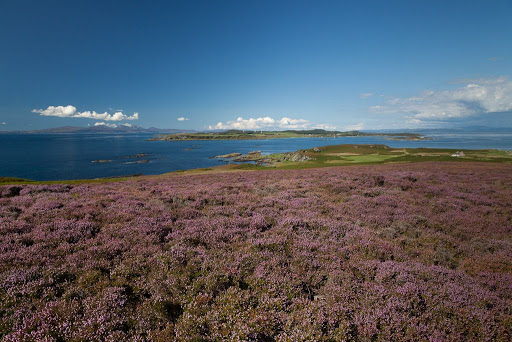 From Cara House, we made our way slowly up the spine of the Island towards the Mull of Cara. We looked back northwards over the blooming heather of Cara to a magnificent view encompassing, Jura, the Sound of Jura, Gigha, the Sound of Gigha and Kintyre. 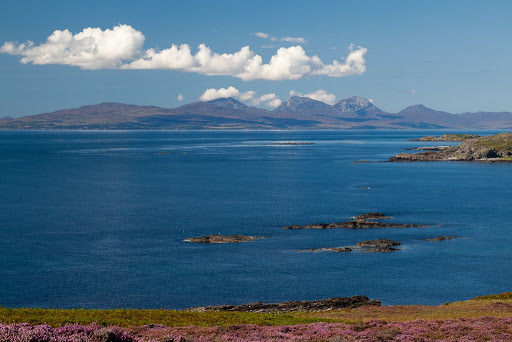 To the NW the Paps of Jura dominated the skyline while... 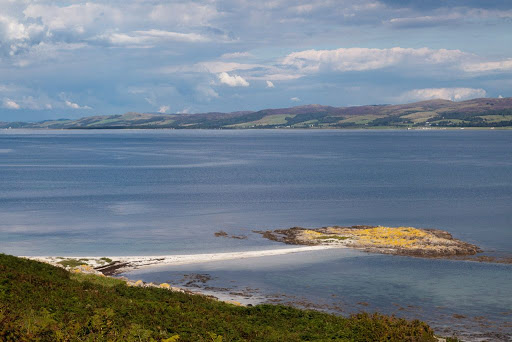 ...to the NE the dazzling strip of sand, where we had luncheon the previous day, highlighted the Sound of Gigha. 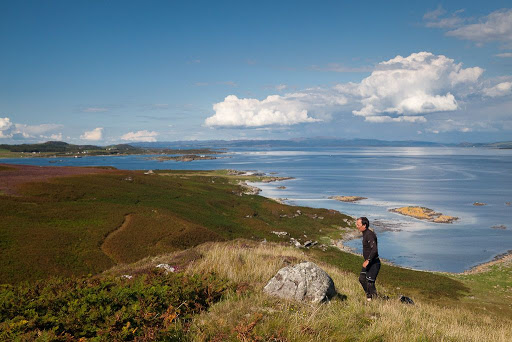 The final rise to the Mull of Cara took some time... 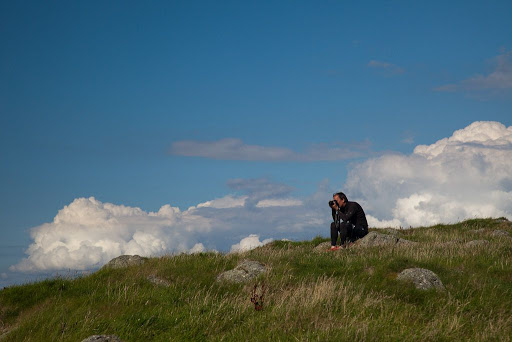 ...and the summit gave a chance for a breather and a photo opportunity. 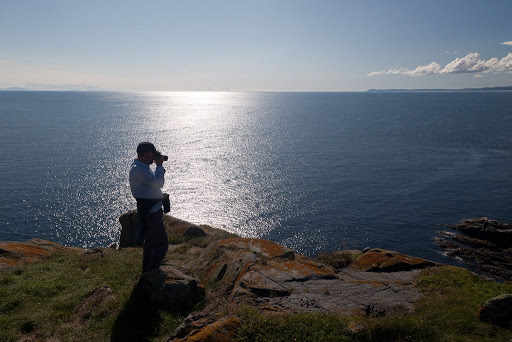 The rocks fell away steeply from the Mull of Cara and there was nothing but sea between us and the distant Mull of Oa, some 35km away to the SW. In 1756 a huge rockfall slid into the sea from the Mull of Cara. It was accompanied by a tsunami, which swept up the beaches of Cara washing all the coastal houses away. Some say it was a meteorite that struck the cliff. 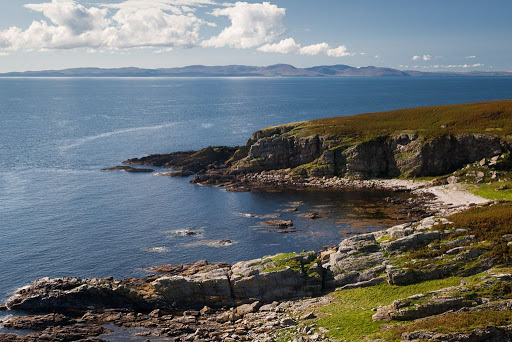 We looked down on the headland of Maol a' Mhor-rain, off which the tide race forms. All was quiet as the wind was light and it was near slack water. The bay was notorious for catching the bodies of sailors who were lost in these parts. 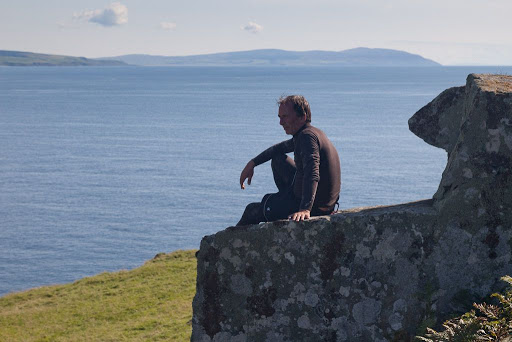 Just below the high rocks we came to the Brownie's chair. It only has one arm but that is apparently enough for the Brownie. Kintyre stretched away to its distant Mull in the south.

It was time to go, the chair's owner might be back!
Posted by Douglas Wilcox at 7:50 am 2 comments: