The hidden entrance to Loch Creran 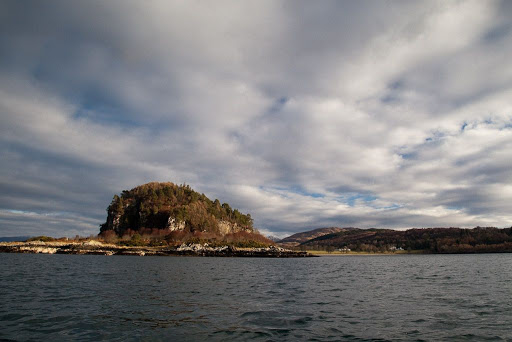 Travelling south from Port Appin we paddled below this interesting former sea stack. It has a wooded summit, steep wave cut cliffs and it sits high and dry on a raised beach which connects it to the Appin mainland. 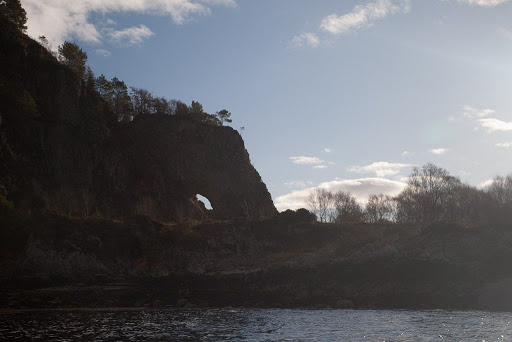 It even has a natural arch cut by a former higher sea level. 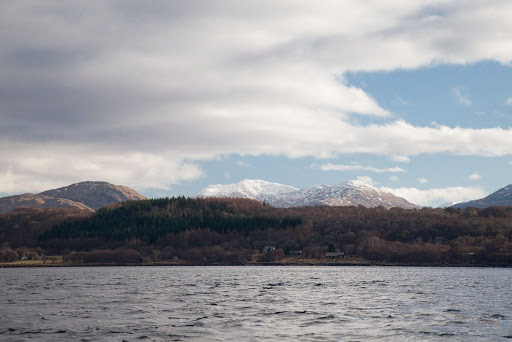 From the sea, the wooded isle of Eriska almost completely blocks the tortuous entrance to lovely Loch Creran which lies hidden below the distant mountains. 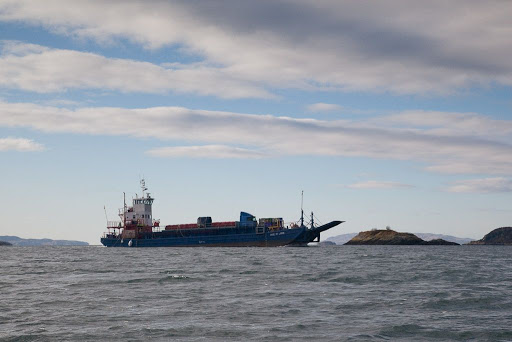 Suddenly this barge appeared from the midst of the woods! She is the MV Rose of Lorne and was built in 1965. She ferries supplies to the Glensanda quarry which has no road access but is one of the biggest quarries in Europe. In 2008 she gained a second storey to her wheelhouse. She was contracted to transport 8 giant dump trucks from Oban to Glensanda. The captain needed to be higher to see where he was going! Normally the Rose of Lorne operates between Barcaldine in Loch Creran and Glensanda. 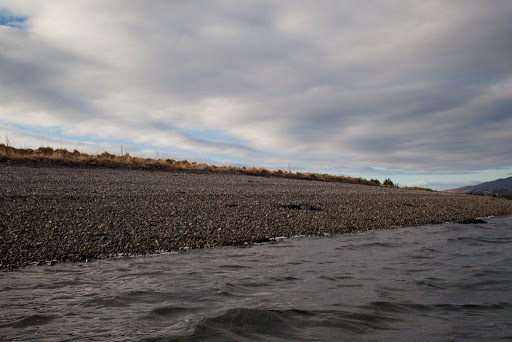 We now entered the winding entrance to the loch. It is fringed by great banks of gravel, which were left by the melting glacier that once carved its way to the sea here. 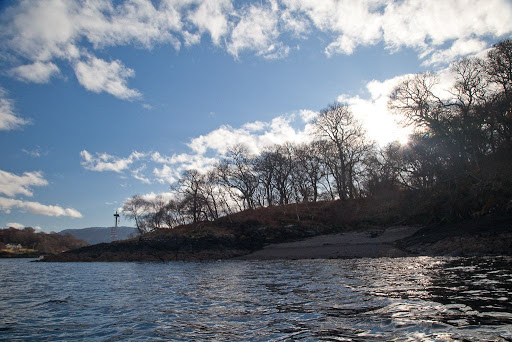 Once we passed the gravel and woodlands of Eriska, we began to see our way round to the hidden loch.
Posted by Douglas Wilcox at 8:25 am No comments: