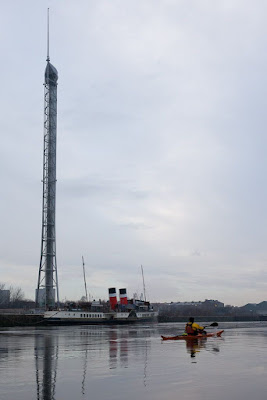 Beneath the Glasgow Tower, we came across the paddle steamer Waverley tied up for the winter. 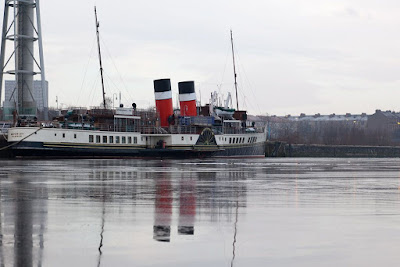 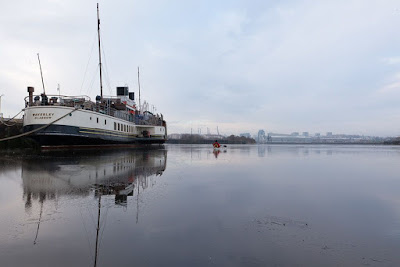 ...to take a closer look at her. She is the last sea going paddle steamer in the World and was built for the run from Craigendorran Pier down to the Clyde ports. Her summer season now extends round the UK's coastline. 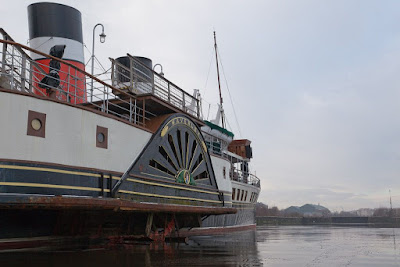 Her great paddle wheels literally thrash the water as she pulls away... 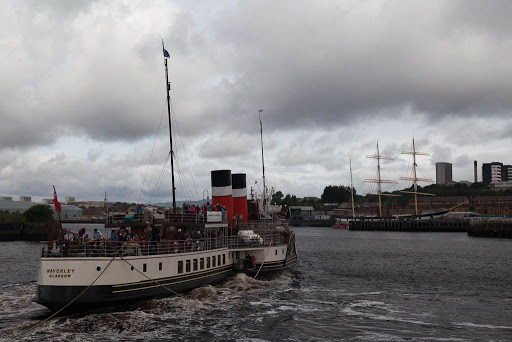 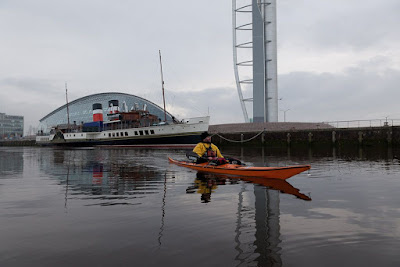 In contrast, Jim's forward paddling technique has much more finesse! 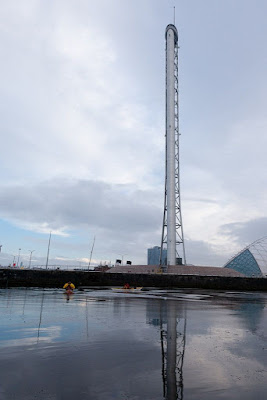 We took a diversion into the canting basin, which is all that is left of the Princes Dock. Unfortunately it was frozen over so we could not explore the seaplane terminal. The seaplane operates a summer service from the city centre to Oban and Tobermory. At least we knew we would not need to keep an eye on the skies for landing seaplanes! 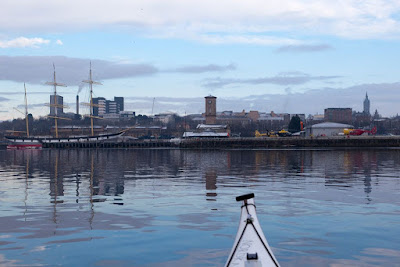 We now turned our bows to the north bank and Yorkhill Quay. Yorkhill hospital, where I work, is the building on the horizon behind the tall ship. 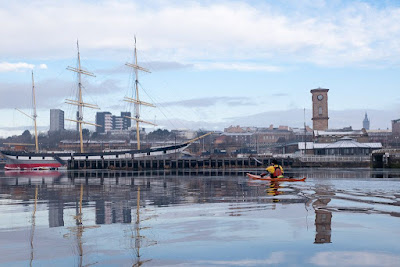 Speaking of which, the tall ship is the Glenlee. She is a steel hulled, three masted barque (78.4m x 11.4m) and was launched in 1896 at the Anderson, Roger and Company yard at Port Glasgow. 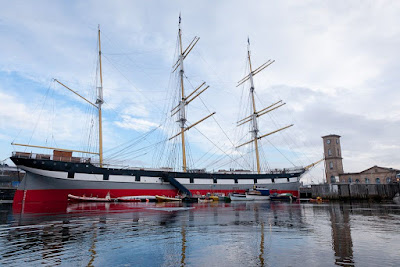 After a long hard life, she returned to the Clyde in 1993 and has been faithfully restored. The Italianate tower on the quay is part of the Hydraulic Pumping Station, which stands at the former entrance to the Queen's dock. The dock has now been filled in but the station provided power for a swing bridge at its entrance and for several of the dockside cranes. 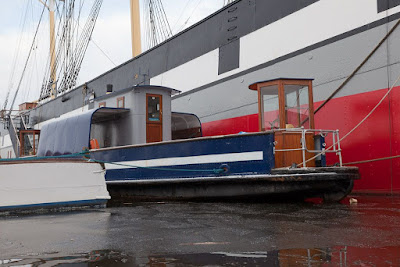 Moored beside the Glenlee, we found the old Kelvinhaugh ferry "No 8". She was built in 1954 and served on the route until it closed in 1980. Like the Glenlee, she has been lovingly restored by the Clyde Maritime Trust. 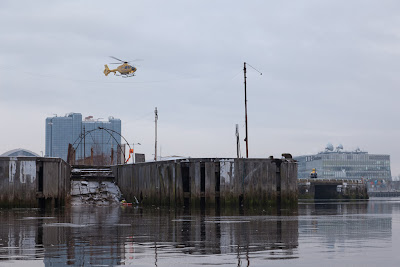 The Kelvinhaugh ferry ran from this old slipway, just a few meters from the Glenlee, to Highland Lane on the south bank of the Clyde. 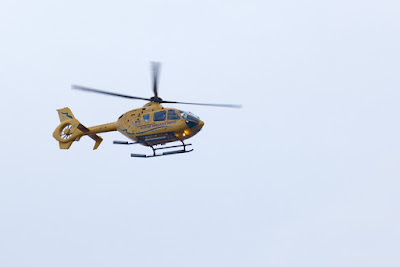 Now it is helicopters, like this air ambulance, that depart from Kelvinhaugh! 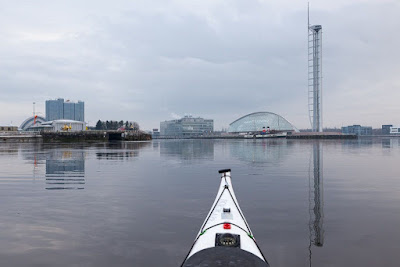 We took a last look up the Clyde before turning downstream... 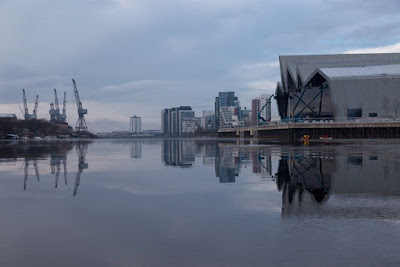 ... towards the cranes of the Govan shipyard and the new Riverside Museum of transport... 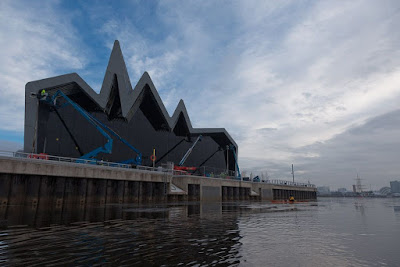 ...which is rising dramatically from Pointhouse Quay near the confluence of the Clyde with the River Kelvin. The stunning building was designed by architect Zaha Hadid and stands on the site of the former A&J Inglis ship yard that built the PS Waverley. This post has now come full circle...
Posted by Douglas Wilcox at 7:00 am No comments: