A missing monkey, a castle and an electric brae! 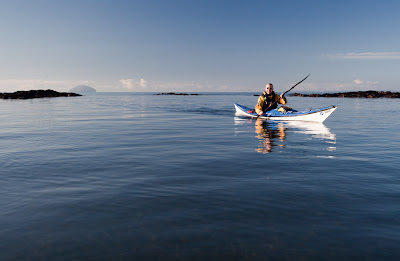 After crossing Maidenhead Bay we left Ailsa Craig astern and slipped through a gap into the lagoon behind Glasson Rock. 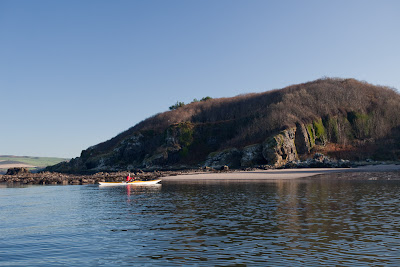 We found ourselves in the shelter of a delightful cove. The sands of Carrick shore lie at the foot of wooded Barwin Hill. A path at the back of the beach leads up to a pagoda in the woods. This was built in 1860 as a summerhouse by the Kennedy family of nearby Culzean castle. It is one of only three pagogas in Britain and is the only one built of stone. Its lower level hosed an aviary but a monkey was also kept here and Ayrshire folk still know it as the "monkey house". I worked at Culzean as a seasonal ranger/naturalist in the 1970's but by then it had become a ruin. It was expertly restored in 1998, though the National Trust for Scotland has drawn the line at reinstating a live monkey! 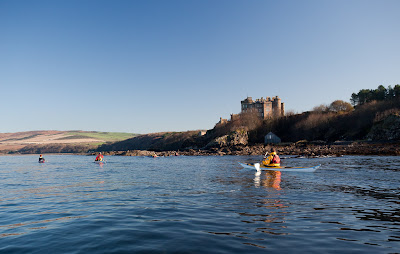 Leaving Carrick, we paddled on under the walls of Culzean Castle. 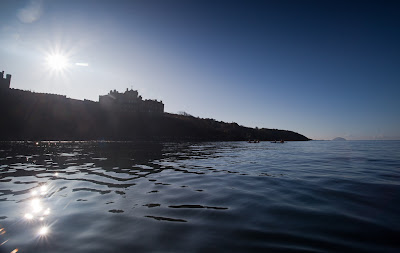 Children on the parapets pointed and waved excitedly at us, though I doubt we made up for the missing monkey! 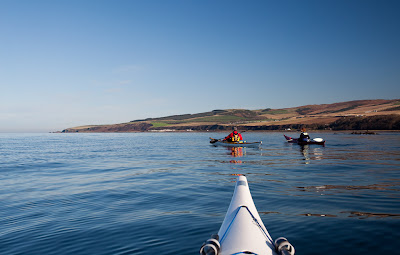 After clearing the headland of Culzean, we were faced by another broad expanse of water, this time it was Culzean Bay. On the hillside above Phil's head can be found Croy Brae. This is an Electric Brae and if you are silly enough to listen to your kids and switch your car engine off when going downhill, powerful magnets in the earth will haul your car to a stop and another car load of kids will smack into the back of you. Highly entertaining stuff and all in all, South Ayrshire makes a great day out!
Posted by Douglas Wilcox at 6:48 pm 1 comment: